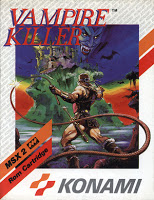 I don’t often go on nostalgia trips, since they tend to end up being very disappointing. For years I eagerly awaited the moment that Disney would release The Black Cauldron (Dutch: Taran en de Toverketel) on DVD. In my memory, I had built the film up to be this big, scary event.… Read the rest

It is one of the basic kids’ fantasies: things coming to life when no one is watching, except – in this case – one bewildered bystander. And the idea of a museum where the exhibits suddenly become animated, is an interesting one – if not a new one.… Read the rest

With much bombast, 300 tells the story of Leonidas of Sparta, who defends his city from the invading Persian forces, led by the evil boo-hiss Xerxes. Like Sin City, the look of the film is heavily based on a graphic novel by Frank Miller, the master of stylised grit.… Read the rest

A colleague of mine from the bookstore can laugh herself silly at any kind of unintentional physical pratfall. Thankfully, her closest co-worker obliges her by regularly tripping over things in the warehouse and almost breaking his neck in the process. Hilarity ensues.… Read the rest

Ah, so there’s this guy who sells his soul to the Devil and ends up riding around on a motorbike with a flaming skull for a head, you say? Sounds a bit daft, no? Apparently not to Nicolas Cage who had been hell-bent (*snigger*) on portraying one of Marvel’s more conceptually challenged heroes for quite some time.… Read the rest

Only a small percentage of communication is done through words. Most meaning is transmitted by the way we say things – inflection, tone – and through body language. Unfortunately, this body talk is a lot more open to interpretation, on both the sending and the receiving side and can get confusing if people come from different cultures.… Read the rest

Working in a bookstore, you regularly come across books that make you raise a quizzical eyebrow. We’re not only talking about vague or flaky books here – like the dubious, but very successful conspiracy book about reptiles secretly taking over the earth – but also morally suspect material.… Read the rest

Roger Ebert is one of America’s best-known film-critics and you will spot his name at the top of the list of reviews for just about any movie on the Internet Movie Database.

He became a part of American pop-culture with the program Siskel & Ebert where he and fellow reviewer, Gene Siskel, argued with each other about the merits of movies and judged them the good old Caesarian way; by giving them a ‘thumbs up’ or ‘thumbs down’.… Read the rest

As Victoria Coren and Charlie Skelton discovered – it can be quite an adventure.… Read the rest

It has been going on for quite some time now. Pay attention on the streets and you’ll notice the proliferation of distinctive white earplugs. The attached technology is hidden within the folds of coats. The owners resist the temptation to show off in order to protect it from the weather and from grabbing hands.… Read the rest