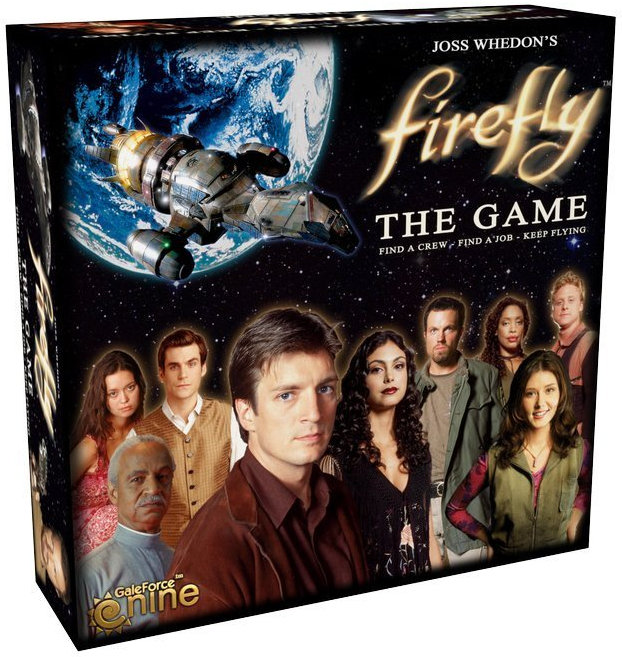 I’ve never reviewed a board game before, but there is something so fascinatingly off about this one that it inspired me. Firefly is based on Joss Whedon’s Space Western series that was cancelled before its time and wrapped up with a very good movie. In the board game, you start with a ship and a captain (who will come with a special perk), then start flying around the board to assemble a crew, gather assets and acquire jobs legal or illegal, moral or immoral from a variety of sources. 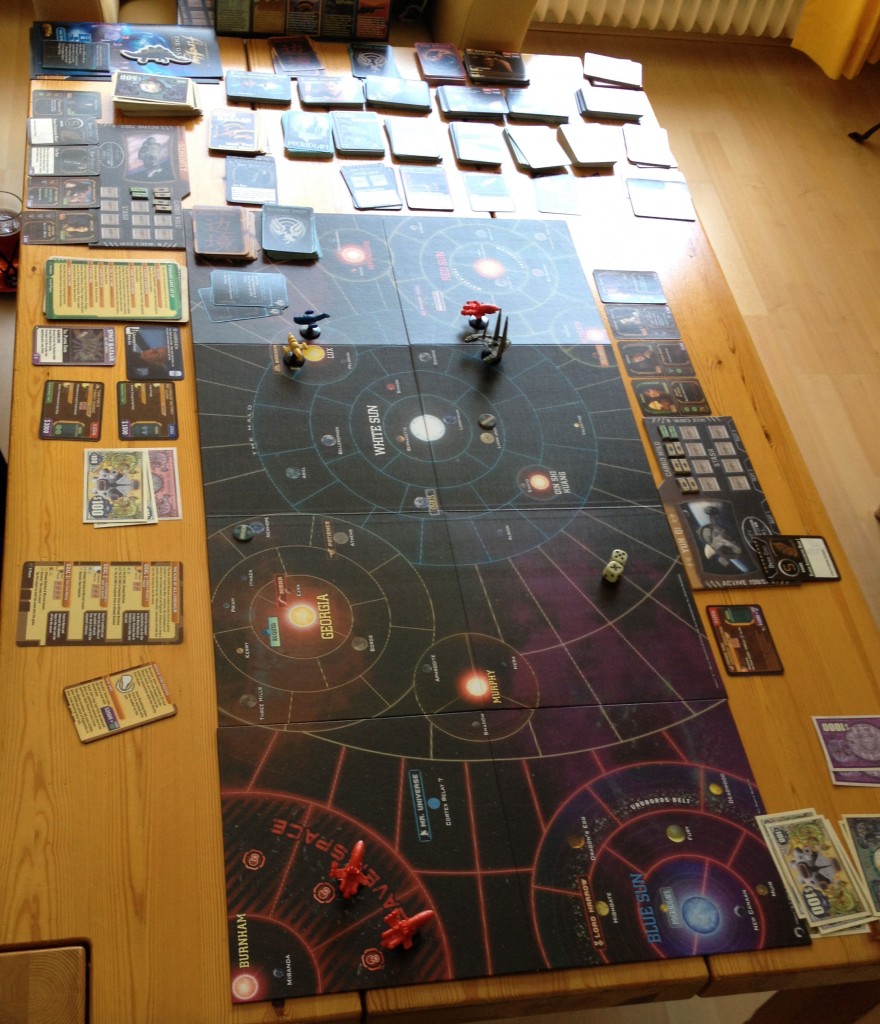 The game looks great and is very thematic. It is a spacehog, as it comes with a ridiculous amount of cards to be stacked separately and each of those stacks requires space for a discard pile next to it. The plentiful decks do add to the storytelling, as separate locations may be specialized in one form of resource or another and the various job-givers each have their own flavor. But things do get fussy.

There are a lot of cool little touches that make the game more complex but also more involving. Moral crewmembers may get disgruntled and even leave you if you go around being immoral. You may have Wanted crewmembers aboard, who will get arrested if stopped by the Space Police (not their official name). But for a game all about a sense of freedom, you do constantly feel that you are flying with the brakes on. Setbacks through bad luck can take a while to recover from and you could easily get another setback while you’re still rebuilding after the previous one. 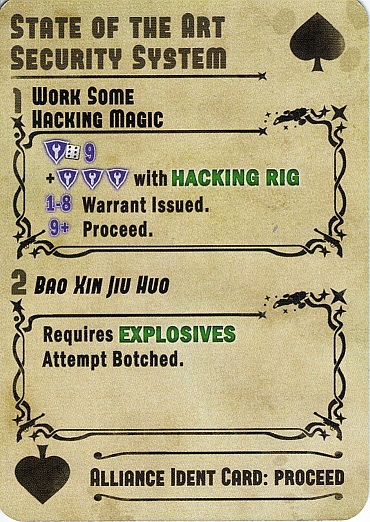 A lot of the more interesting and well-paying jobs require you to turn over one or more ‘Aim to Misbehave’ cards at a designated location. They spell out challenges you come across during your mission. The cards will generally give you a choice of two skill checks. Having a certain crew member or asset may give you an easy pass, and even when if looks like you’re unlikely to pass, a lucky roll of the dice can save you. But you are just as likely to fail and get penalized, which requires you to go and get more assets or replace lost crewmembers. You can’t properly prepare for these missions, as you won’t know ahead of time what you will have to deal with. Thematic, but annoying. 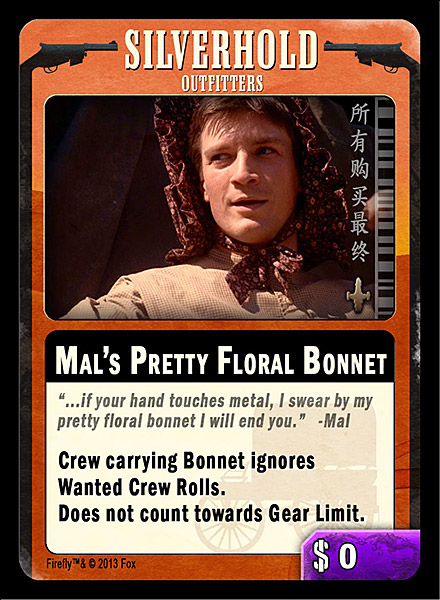 So you are moving around the board a lot, occasionally succeeding and using the funds from those jobs to recover from failures elsewhere. The total sum of this can make you feel like you are just spinning your wheels. You draw a card for each space on the board you cross to discover if you come across an interesting little windfall or run into trouble. It’s an interesting concept, but it slows down the game in a big way. I found myself ignoring any small opportunities just so I could keep moving along instead of stopping to investigate. When you start a game, you will pick a scenario card that shows what your Big Picture goal is for the game and what the win-conditions are. It also indicates an estimated playtime to complete the scenario. In the two times I have played the game so far, no one came close to completing a scenario in even twice the time indicated. I’ve played only with two, and because turns take a while and there is minimal player interaction in the base game (there is an expansion that adds this) I can’t imagine playing it with more people. 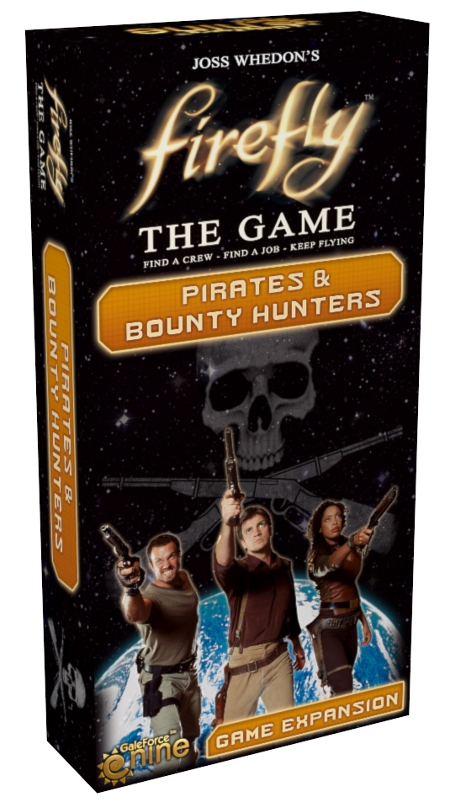 I really like the theme, the look and a lot of the elements of the game, but it doesn’t really come together as a whole. Next time this make it onto a large, large table at my place, we will definitely have to institute some House Rules. Probably we will do a random drawing of a few high level and a few low level crew members to cut down on the start-up time. And likely we will turn over Aim to Misbehave cards beforehand, as soon as a Scenario is picked or a Job is actived. This will make us waste less time randomly gathering resources we never end up needing. This does go against the theme quite a bit, as this Wild West in Space should be a place where you’re constantly scrambling and on the defense. But as played by the Rulebook, the game just doesn’t deliver the Fun. I aim to misbehave with a bit more efficiency.

Am I playing it wrong? Do you have a set of House Rules that fixes the problems? By all means, let me know.