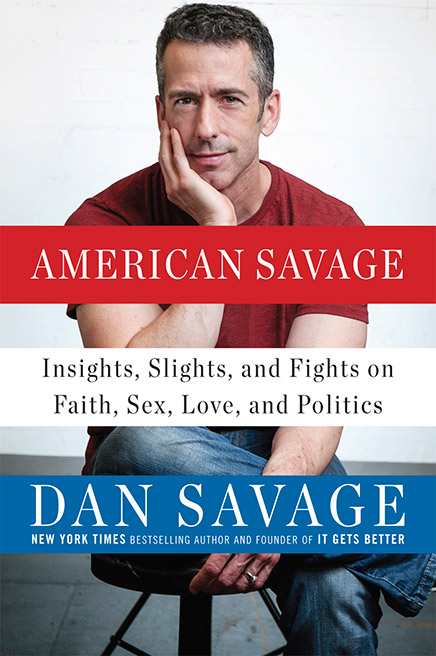 Two thoughts kept running through my mind as I was reading Dan Savage’s book of essays called American Savage – Insights, Slights, and Fights on Faith, Sex, Love, and Politics. They were: ‘Preaching to the choir!’ and ‘God, am I glad that I do not live in America.’ Savage does an excellent job of poking holes in the rhetoric of right-wing, hypocritical and generally religious zealots (of which there seem to be a lot in the US) with regards to social issues. This seems like a frustrating and thankless job to me, as they are not the kind of people to come up with rational arguments based on impartial research. Instead, they excel at circular, emotive reasoning and pointing at Holy Books, insisting that some sections should be followed to the letter by all – even by non-believers – while ignoring parts of the text that are inconvenient to them and parts that are obviously morally reprehensible by current standards. A detailed and reasonable counter-argument likely won’t yield more reaction than them putting their fingers in their ears and the continued insistence that everyone blindly live by their hand-picked moral absolutes. Even if they themselves don’t actually adhere to them. Reality be damned!

I admire Savage because he actually takes the time and effort to fight stupidity. Even though he is unlikely to get through to the enemy, it’s good for the left-wing to see their opinions clearly verbalized. Savage’s rallying of liberal troops and pushing people into action is necessary. Zealots have more righteous fight in them than moderates, and are better at wrangling their followers, putting them into action. People need to keep pushing back, to expose hypocritical, immoral extremists for what they are and to keep them from fooling the sometimes sheepish mainstream. I have to non-religiously confess that I am someone who believes in an absolute separation of church and state.  So I ironically count my blessings that I live in the relatively relaxed Netherlands, where people generally believe what they want and don’t try to impose their religious beliefs on others by law. 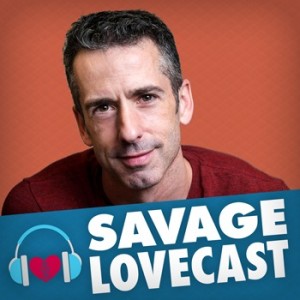 As always, Savage’s writing is funny and smooth, the flow only broken by a few overly long footnotes. The topics and opinions will be familiar to anyone who reads his columns and/or listens to his podcasts. He does indeed cover faith, sex, love and politics – as the subtitle of the book suggests – and talks about gun control, healthcare and euthanasia, among other things. There is a touching piece about the death of his mother and a sneak peek behind the curtain of a debate he had with a zealot he invited over to his house for dinner (a long and entertaining story). A lot of the specifics for these essays are very America-centric, as the title already suggests. If you don’t care about American politics, you may not care about some of the content. But if you do care even a little bit about the messy ways in which politics and religion are colliding in the US of A, it is a fascinating and entertaining read. Though it may leave you angry.