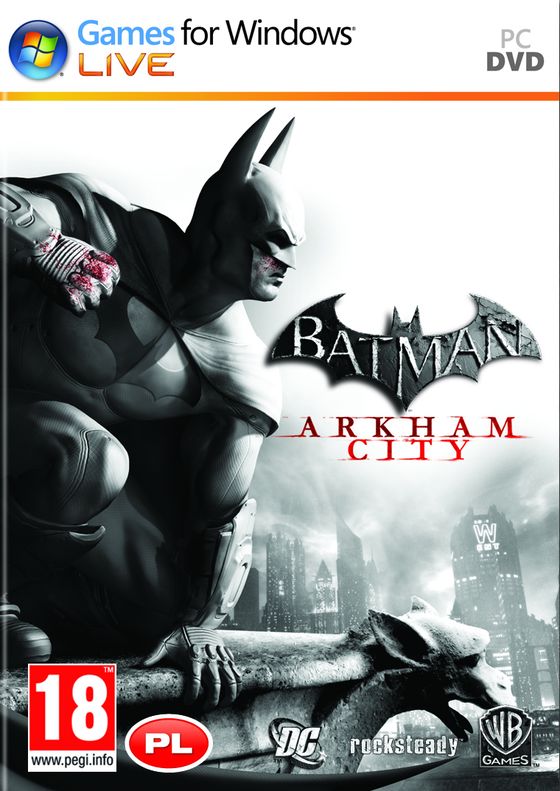 The first word that comes to mind when thinking of Batman: Arkham City is ‘stuffed’, possibly even ‘overstuffed’. The second is ‘detailed’. The game crams a plethora of Batman’s foes into a part of Gotham City that has been rendered in beautiful detail. The area has been cordoned off to serve as a penitentiary, for reasons that become clear later in the game, though they don’t quite convince. Bruce Wayne (aka Batman) purposefully gets himself thrown into this dangerous place to put a stop to all sorts of nefarious shenanigans.

Arkham City is a direct sequel to Arkham Asylum, a wildly successful game from 2009. The graphics haven’t changed much, but then they were great to begin with. The game marries the grittiness of Nolan’s Batman movies with the more outrageous designs found in Tim Burton’s version. When Robin puts in an appearance, however, he seems photocopied out of Joel Schumacher’s cinematic attempts, minus nipples on the suit. Every part of the design seems to have been carefully, lovingly pondered and despite the blending of the visual style of various movie versions, it forms a cohesive whole. Think dark, dirty gothic with splashes of neon. 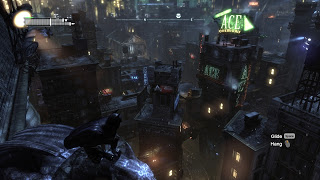 Of course, in terms of realism, there is plenty here that is ridiculous. Most people like Batman because he is just a guy, allegedly lacking superpowers. This makes you wonder how he can beat up hundreds of thugs and various of his most deadly enemies over the course of one night, without so much as a nap or a toilet-break. And realistically his arms should be close to falling off by the end of the game, from ziplining all over the city for hours on end. But even though Batman remains in top-condition (outside of the cut-scenes, in any case, where he looks a bit more troubled), his costume does start to show wear and tear as you go, which is a very cool, subtle touch. 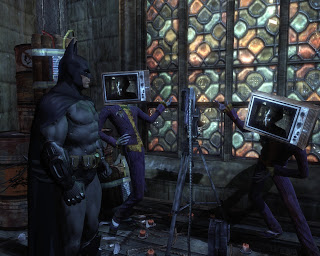 The second outing in the Arkham franchise is more of a sandbox game than its predecessor. There is more space to explore in-between the missions that advance the main story and this exploration is even necessary to wrap up a couple of side-quests. Evil mastermind The Riddler has left little trophies all over the city, as he did last time in Arkham Asylum. Some are easy to access, just needing to be found, others require combined application of Batman’s gadgets to grab. Getting them unlocks challenge levels, art designs and other treats. The game is so generous with extra content, that you’re actually likely to ignore part of it. It all becomes too much of a time-sink and takes away focus and urgency from the main narrative. Without spoiling things, going by story logic, Batman shouldn’t be wasting precious time. Though the game doesn’t put a timer on you, it just feels odd for him to be hanging around on rooftops, figuring out how to get his hands on a trophy. The designers have crafted every alley with obvious care, but they seem to expect that you will spend hours of your life admiring every inch of their work. This seems a bit greedy. 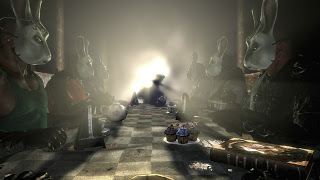 If you just follow the main story, tackle a couple of the less time-intensive side-mission as they pop up (some are inaccessible later on) and collect some trophies you stumble upon while you ignore the rest, it is a jolly good game. There’s some mild detective-work, some exploring, some puzzles and a lot of non-lethal fighting. The latter is as smooth and satisfying as ever, and it doesn’t surprise that so many other recent games have copied the franchise’s approach to it. Arkham City improves upon its predecessor when it comes to the Boss fights. The previous game upped the difficulty level towards the end by throwing more and more waves of samey enemies at you until it turned into a frustrating slog. Here, there is more variety. 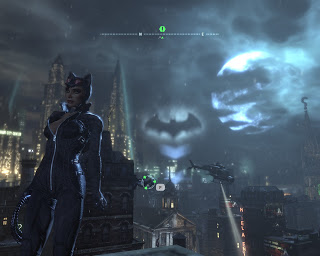 If you bought a non-used copy of the game, you get to play a few missions as Catwoman, which is a nice change of pace. And if you buy the Game of the Year edition, you will also get a DLC mission that takes place after the ending of the main game. It picks up on the very interesting way that things were left off, but it poses more questions than it answers and throws in one of those massive arena fights that the main game had mostly dropped. As I understand, the writer of Arkham City and its predecessor (Paul Dini) wasn’t asked back to plot the DLC and it shows. Even though writing is generally one of the weakest elements in games, the importance of an interesting story to hook you and keep you invested, should not be underestimated.

Arkham City is the continuation of a trend where I really like a game but I am done with it long before it seems to be done with me. Games these days tend to give you a percentage of completion as you go, to show you far you have advanced. I tend to be ‘done’ at slightly over 50% which generally means that you finished the main game, but didn’t bother with any multiplayer, trophies and achievements. Of course, it’s great that all that extra content is there for those who want it. But as a 35+ year old gamer, it does make me look back nostalgically at a younger age when it seems people have all the time in the world. In any case, I’m on to pastures less neon. 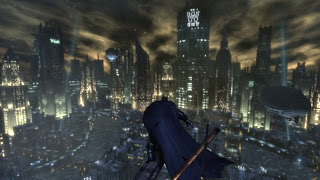