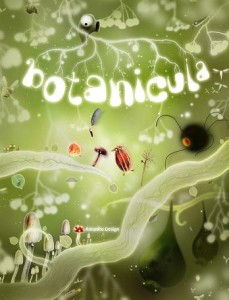 Botanicula manages to be massively cute without feeling saccharine. Its art is amazing and the sounds – mostly people mouthing sound effects in silly voices – are equally good. Its world feels like a picture-book for kids and the story is sweet and sincere. You play a little guy called Mr. Lantern, who vaguely resembles a hazelnut. He has a vision of evil spiders that are sucking the life out of trees. He gathers up some friends (for the record: Mr. Twig, Mr. Poppy Head, Mr. Feather and Mrs. Mushroom), and sets out to stop them.

As your little group moves about, you will run into obstacles that require you to collect one or more items to pass to the next area. This, in turn, requires you to explore your surroundings and click on anything that looks clickable to see what will happen. Even if what happens doesn’t really help, it will likely charm you and make you smile. You’ll encounter lots of imaginative, strange bugs and plants, which are then helpfully catalogued in a little folder for you to browse.

I can imagine that this is a game you’d want to play together with your kid, assuming he or she is patient and won’t be traumatized by evil spiders. Things do get a bit dark and weird later on, but Good – of course – prevails. I would advise doing a first run-through on your own though, as finding your way around gets a little tricky later in the game – despite an in-game map – and some of the puzzles are obtuse. If you missed out on clicking something vital at some point, you may need to backtrack but be unclear on where to backtrack to, requiring a look at a walkthrough.

If you want to relive that feeling of running wild in the forest during summer as a kid, gathering chestnuts and being in awe of the greenness all around, Botanicula is the game for you. 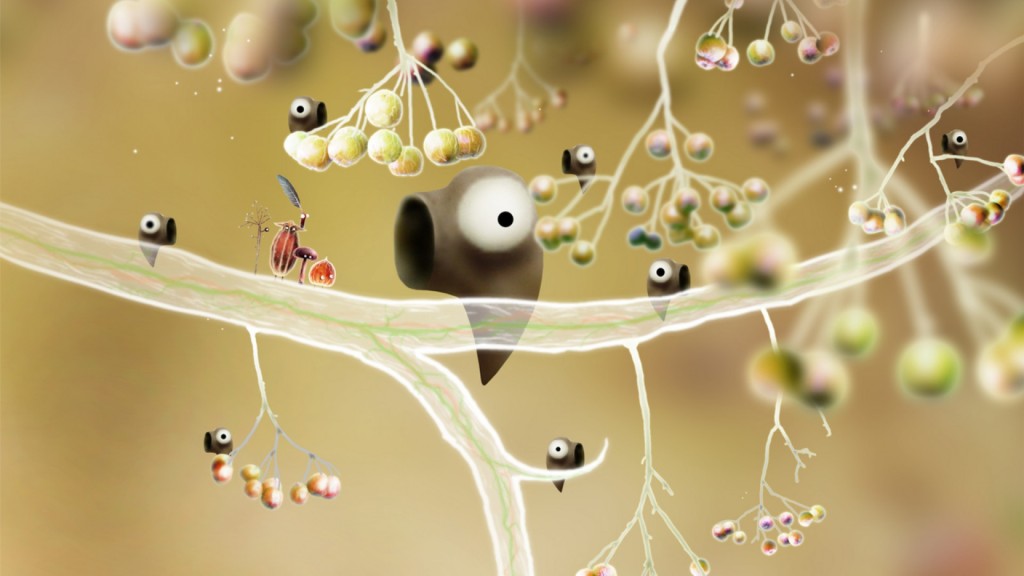