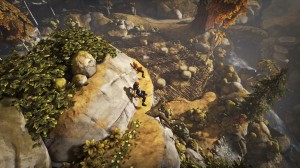 Brothers – a tale of two sons, is a beautiful-looking puzzle-platformer that tells an emotional, bittersweet story. It is like a fairytale as told by the Brothers Grimm, with an unexpected sting and darkness to offset the blissful bits with butterflies and bunnies. At the start, we see how the younger of two brothers doesn’t manage to save his mother’s life. Then, as his father falls deathly ill, he sets off on a long journey with his older brother to a tree that may well hold a cure. Along the way, they run into various creatures and face obstacles that can only be overcome by working together. As everybody speaks an incomprehensible language, the story is told entirely with images and body language.

The game is blessed with an ingenious, yet simple, control-scheme, which allows you to control both brothers simultaneously. One with your left hand and one with your right. If you are lucky enough to have a gamepad, this means that movement is handled with the two control sticks (one per brother) and that for any context-sensitive action (grabbing something or chatting to a character, for instance) you use the left and right trigger, depending on the brother you’re focused on. Once you get used to it, this scheme works surprisingly well, though I did get confused now and then when the brother I was controlling with the left hand was to the right of his sibling. Apparently my brain was expecting my left hand to always control the brother on the left. 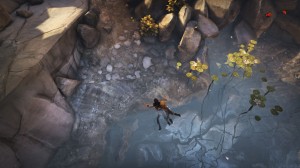 Most of the roadblocks involve pulling levers and turning cranks. Barring a few exceptions – such as when the brothers go on a climbing expedition while tied together with a rope – these aren’t exactly innovative, or intellectually challenging. But because of the way you are controlling the brothers, the execution is still interesting. The big incentive to keep going is not finding the next puzzle to solve but to see how the story turns out. The game is good at making you feel invested in the characters, the great visuals and beautiful soundtrack helping to draw you into this world. 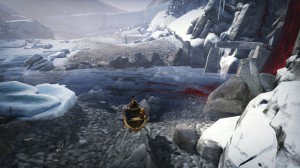 Brothers is very linear, there just being a few places where you can deviate from the path a teensy bit to do something optional – like reuniting a giant turtle with her kids. And there are no collectibles of any kind, which is a major plus in my book. All too often the pacing of a game is disrupted by the feeling that you should be exploring every inch of your surroundings to not miss out on something. Even if that something is actually completely irrelevant to the game proper. Brothers moves at a steady clip, never pausing long enough to bore, and it can be finished in a couple of hours. This is probably a negative for some gamers, but good news for people like me, who tend to be short on time and prefer an awesome short experience to a longer just-okay one.

There is an amazing moment late in the game where a little stunt with the controls nearly brought a tear to my eye. I can’t spoil the context, but suffice to say that this is the first time a simple game mechanic ever had such a direct emotional effect on me. The control itself as the narrative device – that is something rare. Brothers is a game that won’t soon be forgotten. 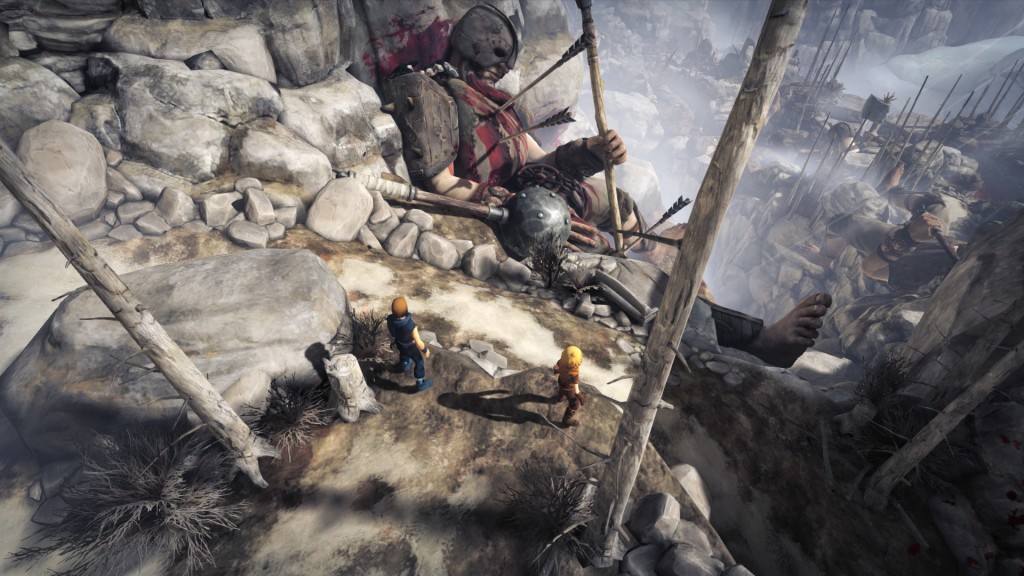