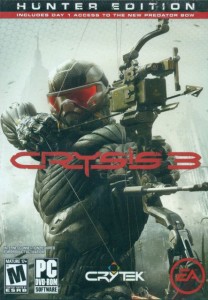 In my Crysis 2 review, I stated that I would not be playing the sequel anytime soon. But played it I have, for the most superficial of reasons. I recently upgraded my PC, to the point where it can run current games at pretty much the highest settings. The Crysis series has long been known as a benchmark for graphical prowess and I thought I’d have a look how my new rig would handle the latest entry in the franchise. Turns out it was up to the task. This game looks very, very good.

As in Crysis 2, you find yourself battling aliens and soldiers in a variety of interesting arena’s, such as a future version of New York that makes the phrase ‘urban jungle’ apply in a literal sense. As before, you are a soldier in a power suit with three modes, allowing you to either resist a lot of damage, move at high speed or go invisible for a short while. You can go in with guns blazing or be stealthy, even though the game seems to encourage doing the latter. There are more options to be sneaky this time, such as a new, powerful bow that you can fire off without dropping out of stealth mode. It comes with a few different kinds of arrow, allowing you to blow things up or to electrify enemies walking through water. You also have a gun with a silencer that allows you to take out enemies on the sly. You still can – and should – turn on your visor for a moment anytime you get to a new arena to tag resources and enemies. The game no longer suggests the best route for specific approaches though. 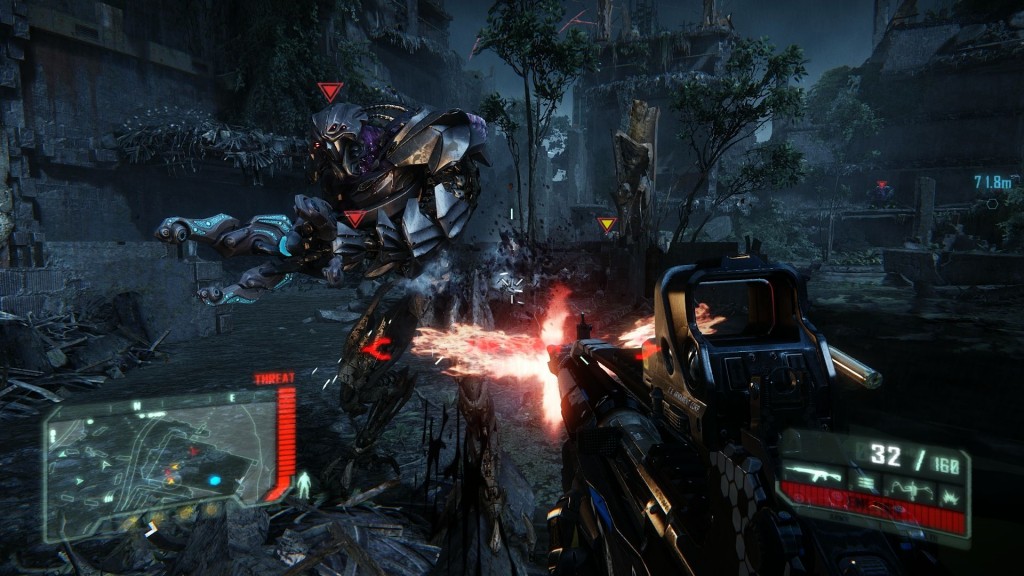 There’s a new system for upgrades this time around, no more clouds of sparkly dust floating above slain aliens. You will need to keep looking around to find upgrade kits. These give you upgrade points that unlock your option to gain a certain ability. To actually activate said ability, you will still need to do some work. Something like: perform 25 stealth kills to be able to do them without dropping out of cloak. The system felt overly fussy to me and I mostly ended up ignoring the upgrades. You won’t really need them because, at least on normal difficulty, the game is still pretty easy to get through as-is. 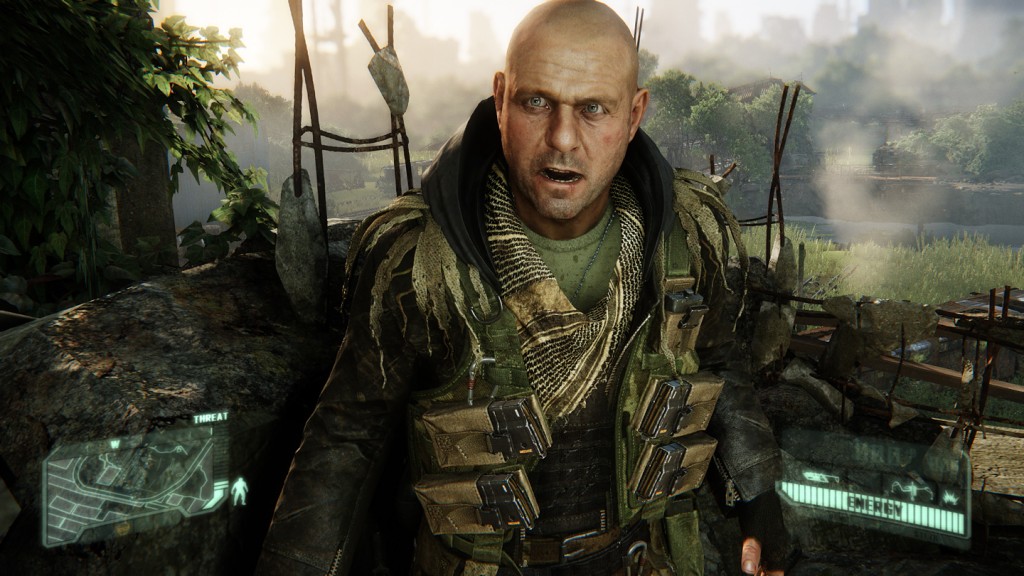 The story is a bunch of malarky about super soldiers, an evil corporation and an alien invasion. I didn’t pay much attention to it and you don’t really need to. The connection with the previous games is convoluted, especially the status of your alter-ego. In the previous game, you were a mortally wounded soldier, called Alcatraz, poured into the powersuit by its former wearer, a guy called Prophet. This was the lead from the original Crysis. In Crysis 3 you play as Prophet but you’re still in Alcatraz’s body, which is in the powersuit. Apparently Alcatraz is braindead now for some reason, taken over by Prophet. Only by the end of the game, Prophet’s body makes a return. In a word: whatever. And also: eh? Really, the only character with a memorable personality in the game is Prophet’s sidekick Psycho. He’s well-designed and his voice-acting convinces. Also, he’s called Psycho, ’nuff said.

Crysis 3 is on the short side, if you ignore the multiplayer, as I always do. But as an entertaining rollercoaster ride of a tech demo, it serves its purpose admirably.