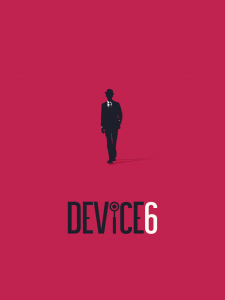 Device 6 is a piece of interactive storytelling – a text-based puzzler – for your mobile device. It has been getting high marks on Metacritic and deservedly so, although there is a touch of hype to it. You follow along with someone named Alice. She wakes up in a prison of sorts and tries to escape it by figuring out the workings of a few mysterious devices. The puzzles you need to solve on the way are oblique and require some lateral thinking. Most modern games spoon-feed you and make things easy. Need to remember a code? The game will do it for you. Need to hear a clue again? The game will have a shortcut to it. Not so much with Device 6. You’ll need a pen at hand and at one point a mirror comes in handy. You’ll be pressing buttons a lot in a process of trial-and-error, to discover what you need to do. I’m only slightly ashamed to admit that I did peek at an online walkthrough once or twice, because I got impatient with the game for being too vague. However, I was always curious about what came next and because the game divides its riddles into manageable sections and moves you along when you’re done, it never becomes all that frustrating. Unlike developer Simogo’s previous game, the beautiful but baffling puzzler Year Walk. This left you to wander around, and ended up losing my interest. 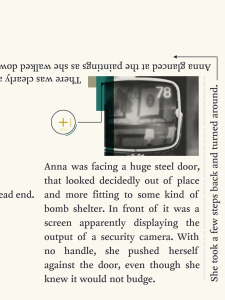 The shining star of Device 6 is the presentation and the mood it succeeds in setting. The game channels old-fashioned paranoia in a slightly silly and seemingly British way. (Although Simogo is housed in Sweden.) It calls to mind The Prisoner and The Avengers (John Steed & Emma Peel, not the superheroes). The styling is retro-seventies cool and the game is playful about typography, the text twisting and turning across the screen, requiring you to turn your pad or phone to keep reading. Interactive pictures are scattered throughout and form the basis for most of the head-scratching, cleverly coupled with audio-fragments. There is an additional layer to the story that is very charming, in which the player, between chapters, is treated like he, in playing the game, is taking part in a vaguely unsettling experiment by a nefarious higher power. 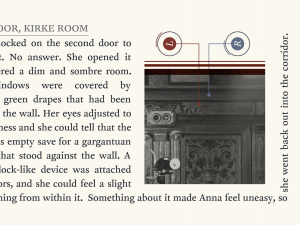 Device 6 is really an experience more than a game, but it is a very satisfying one. Your actions are required to move the story along, but I don’t think you have any influence over how it turns out. I searched online to see if there are alternate endings but found nothing conclusive. However, just having one ending would fit the overall theme of (the illusion) of free will very well. Device 6 takes a high-brow, literary approach and has personality to spare. All-in-all, it is a relatively short but memorable head trip.

PS: If you are looking for more straightforward storytelling, where you actually choose your own adventure, apparently Steve Jackson’s Sorcery! (part 1 and 2) is what to put on your mobile device. (Assuming you are into the fantasy genre at all.) And various of Jackson’s old Fighting Fantasy books have been successfully adapted into games as well (The Forest of Doom, House of Hell). I’ll be giving them a look soon.