In Far Cry 3 you play a spoilt little rich brat, who drops down the rabbit hole. That is, if you go by the Alice in Wonderland theme that the game is not too subtle about. In more literal terms, he (Jason) drops down onto a tropical island. While on vacation with some equally bratty friends, everyone gets taken captive by a group of local mercenaries who plan to hold them for ransom. You escape, with tragedy along the way, and now have to rescue your friends and let the captors face your wrath. You are set free to roam the island and take on missions that advance the main story, but you can also spend time on a variety of optional side-activities and mini-games.

At first, Jason is pretty helpless and your options to take on enemies are limited. Thankfully, you soon get taken under your wing by the rebels on the island who are at odds with the mercenaries. They set you on your way to fulfill (what they see as) your destiny and become a savior, not just to your friend, but also to the rebels. Oddly, these bands of armed locals hang back and let you do all the dirty work for them. What inspired this faith in the innate capabilities of a city kid, is not clear.

You will be gathering leaves to craft syringes that give you health or tactical advantages. You will also be hunting down the local wildlife to fashion holsters, backpacks, wallets and slings out of their hide. This will allow you to carry more money, weapons and ammunition. It’s just as well that the game plays in first-person perspective, as you must look pretty ridiculous by the end, carrying around an extensive arsenal. If you feel bad about having to hunt and skin virtual animals, just realize that the animals in this game do not like you. If you come too close, they will happily attack you and they can be surprisingly deadly.

You will discover this as you go around liberating the island by taking over the enemy bases strewn about the map. In some of these bases, you will spot caged animals. Shoot the cage, and these are set free. It’s not unusual for a bear or tiger to take out the majority of a base for you while you watch safely from a distance. It defies belief that a bear could shake off multiple people emptying their gun on it, but watching the animal at work can be entertaining. Sometimes you don’t even have to shoot a cage. You may be planning your takedown of the base when an animal just wanders in from the forest and does the dirty work for you.

I found that liberating the bases and climbing various radio-towers to reveal new parts of the map – Assassin’s Creed-style – were the most satisfying (semi-) optional tasks. Even though both become a bit routine by the time you get to the last ones. The towers, in various states of disrepair, challenge you to find the only way to the top, without plummeting to your death. How you approach clearing the bases is entirely up to you. You can sneak in and take enemies on one-by-one, go in guns blazing, or never even set foot in the base. I found that the most effective and fun way to go about it was to lurk on a nearby hill, tag all the enemies by zooming in with my camera, snipe the alarms and then to take everyone out through smart combined application of my upgraded sniper rifle and a rocket launcher. It got a bit repetitious, but that was mostly my own fault. It felt illogical to go for a more risky, time-consuming approach, when this one made it so fast and easy.

It is just as well that the long-distance fighting is fun, because the controls for close combat are a bit irritating. The menu wheel that allows you to switch between weapons  isn’t the most responsive and the action doesn’t stop when you bring it up. So you can end up fumbling with it and dying stupidly. Also an issue is that when playing with an X-Box controller, depending on context, the Y button lets you put yourself out if on fire (this happens more often than you would suspect), switch between the last two weapons used, or heal yourself. In the midst of frantic shooting, combined with less than perfect responsiveness, this can be frustrating. Outside of the action, the X button serves to reload your gun, lets you switch your weapon with that or a fallen foe or lets you search him for money or goodies. This often means you need to maneuver to get into position whenever you are looting someone. (The frequent animation of you patting down the body could have been culled, by the way. It wastes time and makes looting feel like a chore.) But then I probably could have remapped the controls if I’d been really bothered by them.

Three unavoidable ‘boss’ fights are part of the main storyline. They are a bit of a letdown, as they do away with your freedom to choose and force you into simple pattern recognition. Especially the last fight, in which you take down the Main Bad Guy, is an anti-climax as it consists entirely of quick-time events. If your reflexes aren’t fast enough, you will simply be sitting through the sequence again and again until you memorize the proper combination of button-presses.

Not killing is not an option in this game. Even if you are going for a stealth approach, you are lethal. This makes sense considering the story being told, however, which is supposed to be a journey into the Heart of Darkness. Jason goes from victim to remorseless killer, shaped by the events around him. It’s not the most believable of arcs, as he seems pre-naturally gifted in the art of survival and slaughter, but by video game standards, it’s great that the protagonist has an arc to begin with. In the end, you have to make a choice that decides how the story wraps up. It’s not directly influenced by how you played the game up to that point, you simply pick one. Neither of the endings is very satisfying, as one seems to go against the flow of the rest of the story and the other one is just plain goofy.

I didn’t play through Far Cry 3 all in one go, despite it being a good time whenever I dipped into it. The pacing is odd. You need to spend time beefing up your abilities first, which admittedly is fun, but then things get a bit repetitive, with a lot of unnecessary padding in the various mini-games and optional side-activities. Ultimately, with all the bases liberated and towers climbed, I decided to just power through the main missions and ignore the extra content and collectibles. At that point the story gained some momentum, even if it fumbled the dismount.

I can definitely recommend this game. Despite some control issues, inconsistent pacing and some repetitive elements, you are almost always having fun playing it. The graphics, character animation and voice-acting are very good overall, drawing you in, despite the game suffering from the usual open-world-repeated-lines syndrome. (Meaning the same lines get said by various thugs all over the island.) I appreciate the story the writers were trying to tell, even if it didn’t quite come across as probably intended. It’s hard to tell how serious you are supposed to take it, psychedelic Alice in Wonderland moments colliding oddly with Heart of Darkness earnestness. If you’re looking for something with a more substantial message about what killing does to a man’s psyche, then Spec Ops: The Line is a better bet, even if it is a lesser game. 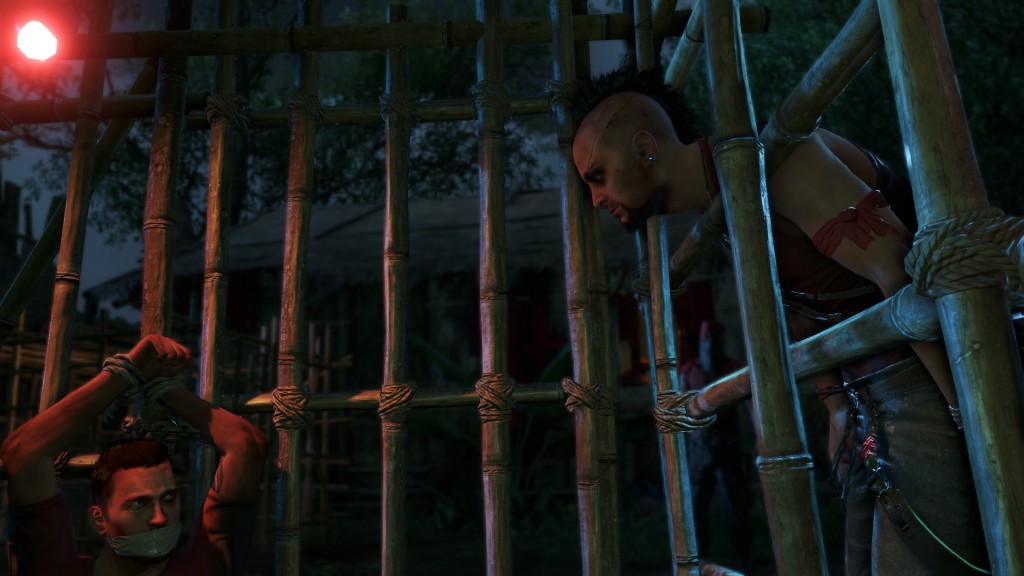