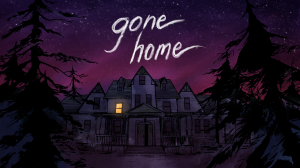 In Gone Home, you play a girl who comes home to the new house that her sister and parents moved into, while she was touring Europe for a year. It’s a little after midnight, there is a thunderstorm and no one is around. To discover what happened here, you will rummage around the house and slowly start to piece things together. There are various strands of story to follow that ultimately interconnect and form a complex picture. Is it a tragedy? A love story? A ghost story? A science-fiction story? A horror story? The game enjoys the occasional red herring and toys with your expectations, setting up several explanations and then whittling them down.

The main story in Gone Home – the one that ultimately leads you to the end of the game – is impossible to bypass and having gone in blind, managed to surprise me. I liked that story. If the game has a failing, it is that you can easily end up missing a key piece of information that allows you to put together some of the lesser story strands. You have to open every drawer and door, pick up stuff that seems irrelevant as something may be hidden underneath (and you can pick up and study a whole lot of truly irrelevant stuff) and you have to pay attention as you read a multitude of texts. It was only after I finished the game, that I realized there were unresolved mysteries. Not feeling like running through the game again (though that would probably clarify a lot of things you don’t put together at first), I had to head online and then discovered that I had missed out on closure regarding a major plotline. (Spoilers through this link.) 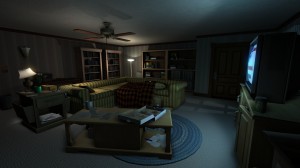 It is just as well that the game is fairly linear, leaving you to explore one area of the house and letting you pass on to the next when you’ve shown you’re on board with the main narrative. Evidently you can miss out on information, but the controlled order in which you find things helps the story develop in a logical way. Playing through the game in one sitting is recommended, as otherwise you are likely to forget about subtle clues you found early on, that are needed to figure things out. You’ll be done in about two hours.

I like the conceit of Gone Home – uncovering a story through circumstantial evidence. Building a story that way is not revolutionary, of course. Big games like Bioshock and Deus Ex deepened their world by littering it with e-mails, audiologs and letters just begging to be found, but in those cases, they were just extra flavoring, not the main event. The various strands here are more interesting, more adult and more substantial. Should someone have another go at this kind of thing, a little extra guidance would be good, however. Something to remind you that you shouldn’t be heading for the clearly signposted ending yet, because – hey ,dummy – there are still one or two things you forgot to unlock.

Ps: Be ready for a little weirdness on the technical front. Playing on my PC through Steam, I occasionally ran across invisible furniture, the moveable parts and contents hanging comically in the air. And the game took up a habit of crashing when I tried to take a screenshot for posterity. 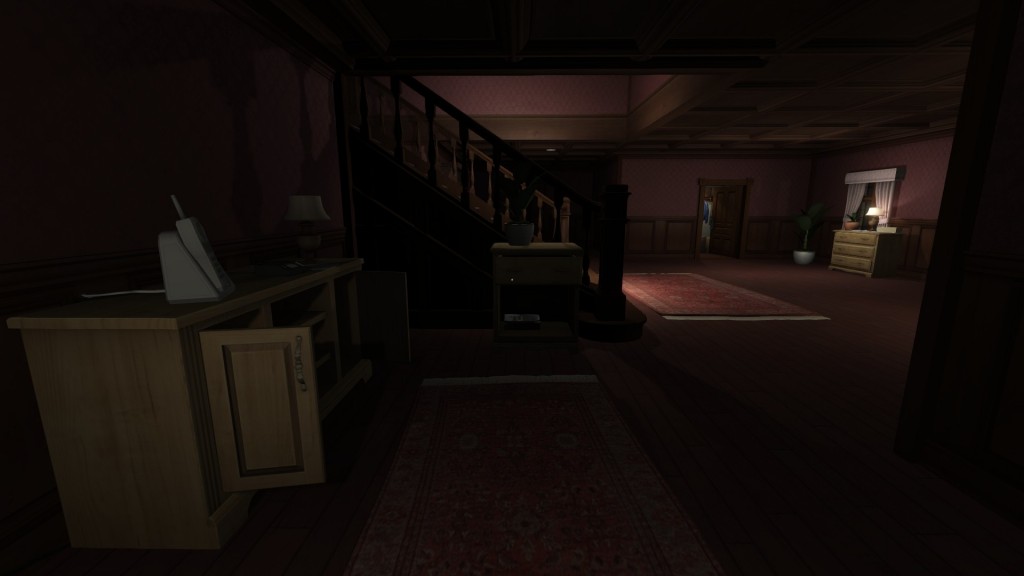