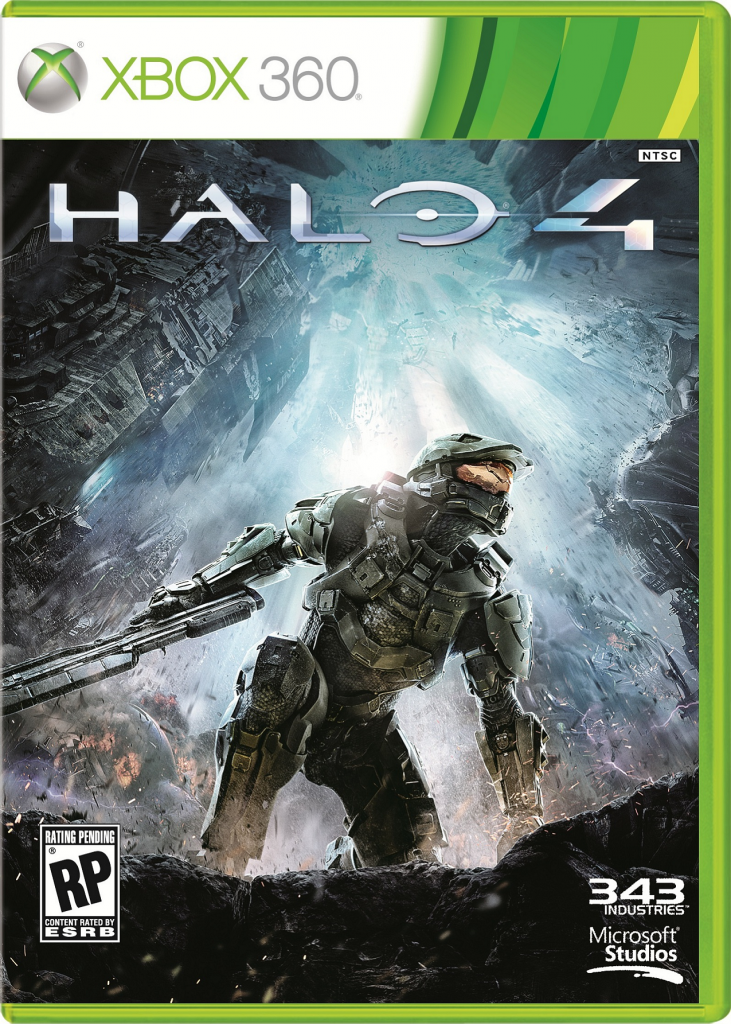 The Halo series is revered by many, specifically by fans of the original XBox and its successors. It is a series tied to these consoles, not available elsewhere, as it was developed by Microsoft (the company behind the XBox). Halo is a scifi-shooter featuring a gruff-voiced space marine whose face we never get to see as it is always hidden behind a helmet. I played through the original game (Halo) and part of the second (predictably called Halo 2) together with a friend years ago but don’t remember much apart from constantly getting lost in samey scifi environments. I had a fairly good time with the games, I think, but there wasn’t anything that really sticks out in my mind. Maybe it’s because I didn’t play the games right after they came out, and many facets of the gameplay had already been adopted/ripped off by other games. Maybe it’s because I didn’t lose hours in the multiplayer parts of the game, which were very popular and still are, especially with the recent release of The Master Chief Collection, which contains upgraded versions of Halo 1 though 4. I only played through the story in local multiplayer with my friend.

I doubt Halo‘s success is because of its story, which is more than a little convoluted. If I follow correctly, from doing a Google, there are giant space-rings called “Halo’s” which are actually a weapon against a virtually unstoppable alien force. The problem is that using the rings would destroy much of the galaxy, making the cure as bad as the disease. But there is a second alien race that wants to use the rings regardless, for – I think – mostly religious reasons? Aaanyway, this translates into you running around – sometimes driving or flying around – while shooting a lot of aliens. Which is fine. 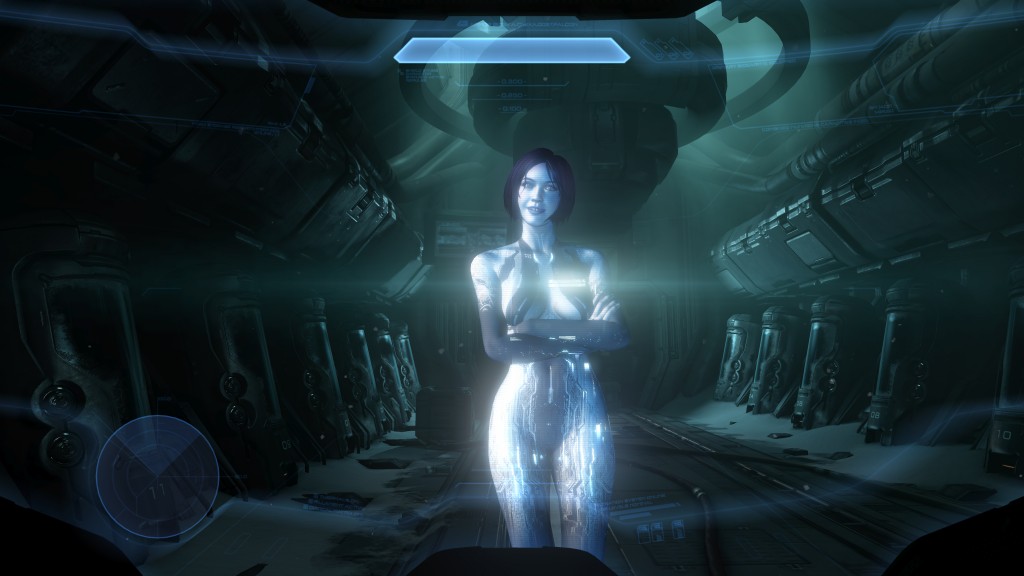 With Halo 5 having come out recently, I remembered that I had an unplayed, dusty copy of Halo 4 on the shelf and decided I should give it a go. As you start Halo 4, a lot of the backstory is thankfully irrelevant, as this is supposedly the first chapter in a new story, called the “Reclaimer Trilogy”. That’s not to say I followed along with the plot much and there were still things that went right over my head. But this may have been because of me not caring a lot, worsened by muddled storytelling. More engaging than the main Reclaimer narrative is the storyline of the A.I. who travels with you in your suit (Cortana) and is a friend of sorts. Her program is degrading and she is thinking herself insane. Unless you get her to a person to do a thing, she is doomed. Get through game, try to save friend. That’s all the motivation I really need to shoot things. Having looked up some Halo 4 reviews beforehand, I have to admit I was expecting more from the Cortana story – more heart and more investment – but it was good enough even if I didn’t care deeply about it.

Playing Halo 4 felt familiar, bordering on overly familiar. This was the first Halo game made by 343 Industries and they reportedly started the code from stratch, but they didn’t reinvent the wheel, they just rebuilt it and gave it a nice polish. It looks and sounds great, obviously had a sizeable budget and a lot of the aliens and a lot of the guns have been imported and tweaked from earlier games. There are the annoying little twits who serve as comic relief even as you kill them and who seem an odd fit for this storywise po-faced universe. There are the familiar aliens who hide behind a shield and have to be taken down through careful aiming at exposed parts. There are annoying flying machines who repair enemies, turning fights into a real slog unless you take them out first. And there are some heavier enemies who suck up a lot of ammunition before finally dropping dead. 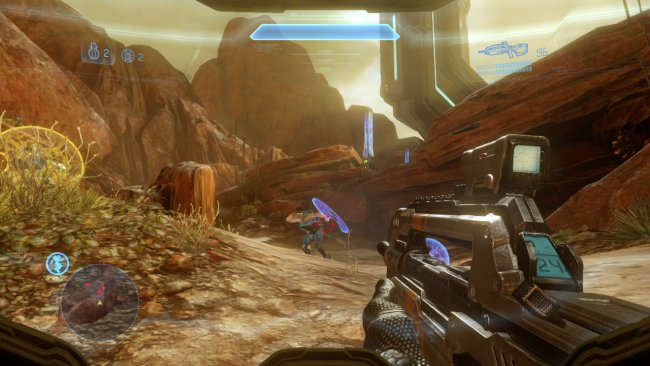 Breaking up the sections on foot are bits where you fly around in a ship and some sections where you stomp around in a Mech. The pacing and level design are good and everything flows smoothly. On regular difficulty, the game is only moderately challenging, with minimal frustration due to frequent checkpointing. Apart from one annoying flying section that requires a lot of trial-and-error until you have the flight path memorised, you won’t have to re-play a lot of it. You can even skip some firefights partially by running through to the next bit. Thankfully – and I don’t remember if this is the first Halo to do this – your mission objectives get highlighted so you will not be wandering around aimlessly in futuristic structures, wondering where to go. 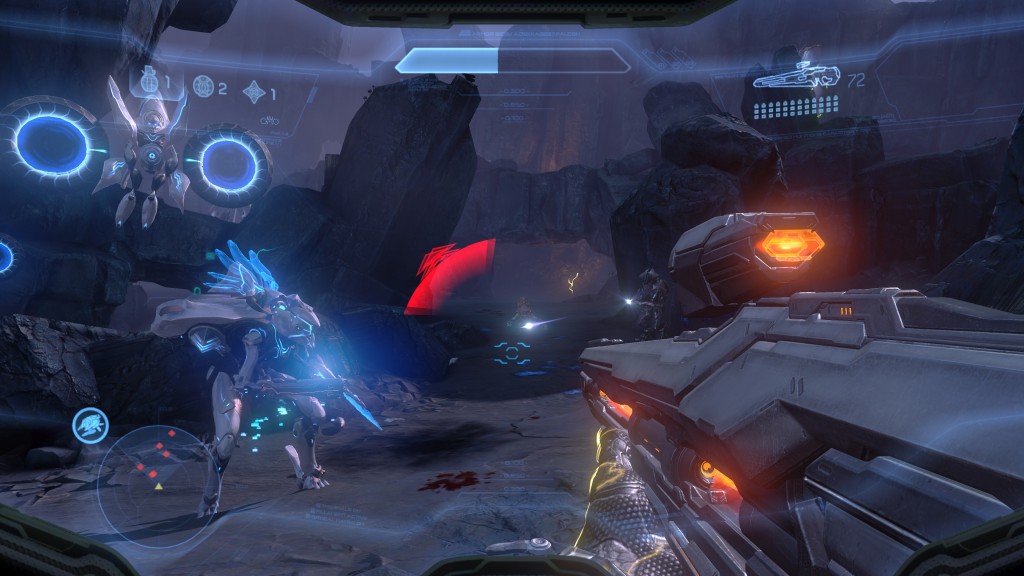 The game overall feels extremely competent. It also feels a bit bland. The multiplayer may be excellent, I have no idea. But on the basis of the story campaign, it’s hard to understand the hype that still comes with the release of a new Halo game. The franchise seems to serve as a pawn in the gang wars between XBox and Playstation players. It is the ‘biggest’ title exclusive to XBox and therefore a figurehead for the system. But both the hate Halo generates and the major praise it gets puzzle me. Overall the games are not perfect but perfectly fine ways to pass the time. However, the inflated importance of Halo is likely to continue as long as there is a massive company behind the franchise, with deep pockets, generating all kinds of publicity.