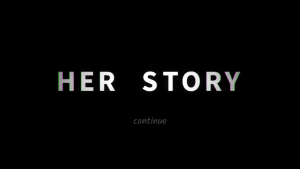 Her Story is an interesting, game-like narrative experience. You find yourself staring at a somewhat dated looking computer desktop, showing a video of a woman who is testifying to the police. What she is testifying about is not immediately clear. Your job is to piece together who she is and what happened to bring her into the interview room. You do this by entering words into a search field, after which videos featuring this word will pop up for you to watch. All videos show the woman testifying during one of various sessions. In a slightly artificial touch, you will only be able to view at maximum five of the videos that show as the result of your search, even though the screen may indicate that more results have been found. 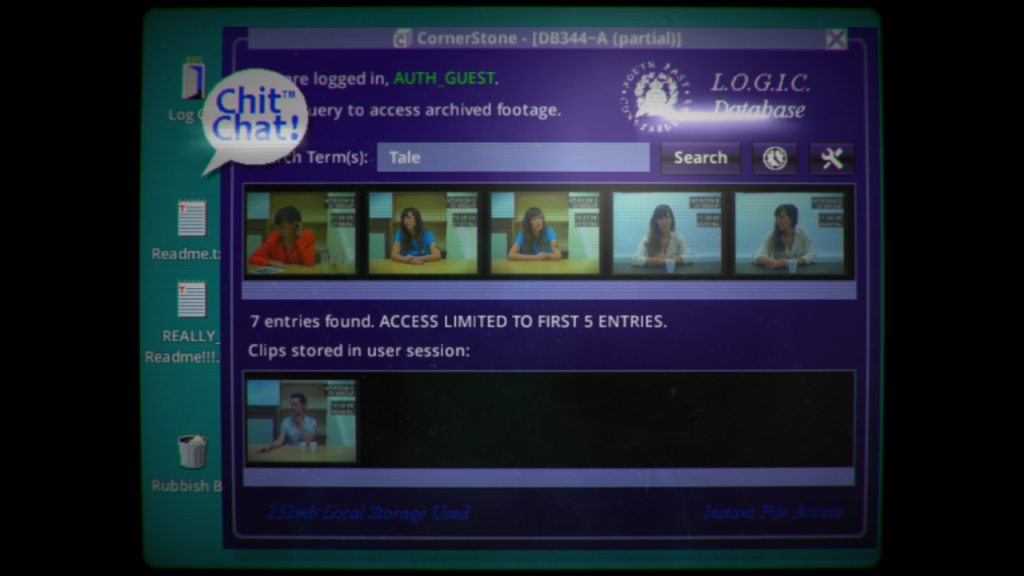 The point of the game is to listen carefully to what the woman is saying and to pick up on key words that will help you dig deeper into certain parts of her testimony. Slowly but surely, the story will start to solidify in your mind. If you feel stuck at some point, you can always just start entering random words that seem likely to have popped up at some point during an investigation – ‘alibi’ for instance – and see where that leads. 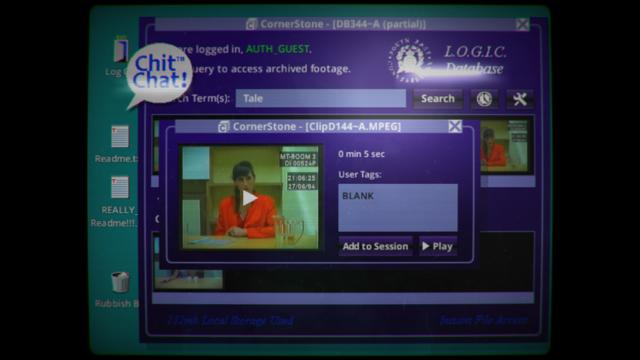 You have to commend the writer for how well – yet simple – the game is constructed. Each player will be uncovering pieces of information in a not very predictable order, but despite this randomness the process remains captivating throughout. You won’t want to put the game down once you start. Since you’ll be done in a few hours, I’d recommend that you finish it in one sitting. Most players will figure out the big picture fairly soon and spend a long while sorting out the confusing details. There isn’t a definitive ending, though once you’ve seen a good amount of the videos, the game will politely enquire if you’re done – in a sly way – and throw in another twist. After that, you’re still free to keep hunting down a few videos you may have missed. 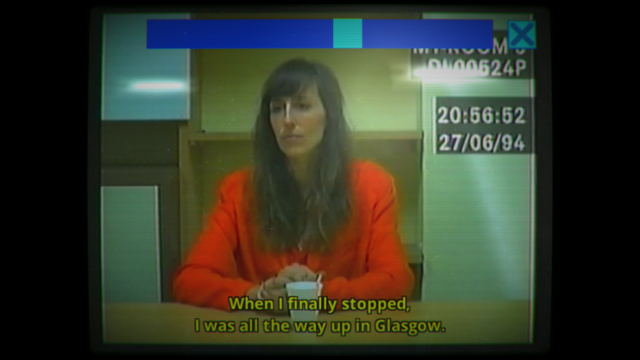 Some ambiguity remains even after you’ve seen all and heard all. There is at least one major plot point that seems open to interpretation, and you’ll be able to hear both sides if you do some additional searching outside of the game. But don’t read anything about the story before you’ve taken a few hours to immerse yourself in it, or you’ll be ruining a unique experience for yourself.