Life is Strange is an interesting interactive tale, let down by an unsatisfying ending. It feels very similar in structure to the Telltale games that let you personalize – through choices you make – a mostly pre-determined plot, such as The Walking Dead, The Wolf Among Us, Tales from the Borderlands and Game of Thrones. Some characters may live or die and some may like or dislike your alter-ego on the basis of your decisions, but you will end up with mostly the same endgame.

Dontnod Entertainment is the studio behind this project and while it seems to borrow quite a few ideas from Telltale – such as splitting up the game in chapters and releasing them with a month or two in-between – Dontnod does give the game a unique feel. There is a time-travel twist and the game has a stylised look, giving it an art-house, graphic novel feel that suits the story. A savvy soundtrack helps to bring across a melancholy, autumnal feeling. The voice-acting is great and keeps you invested, but the animations are unfortunately stilted, with hair that behaves like solid plastic and facial expressions that look disturbingly animatronic. The woodenness is distracting. 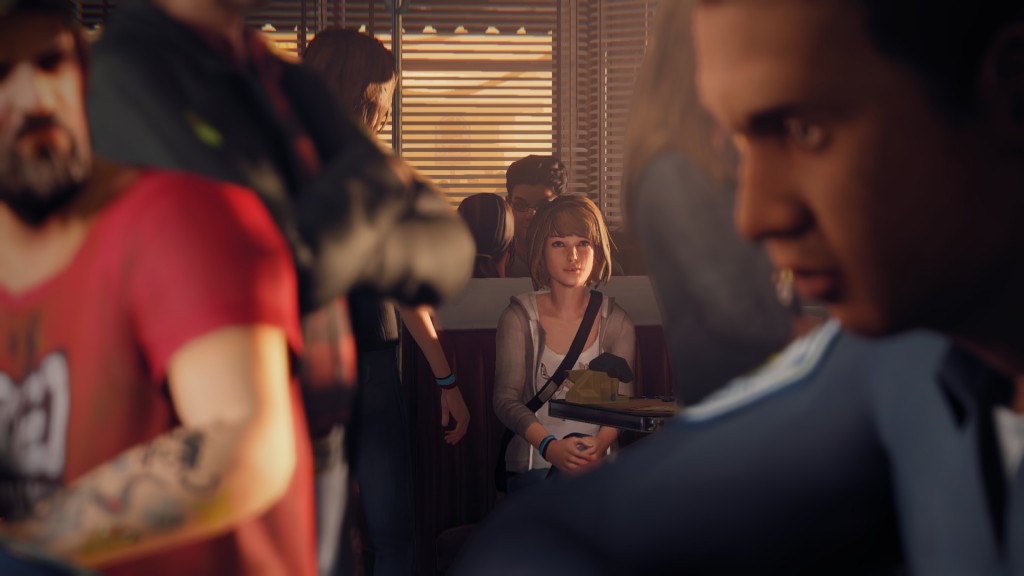 Maxine Caulfield (Hannah Telle) is a photography student who discovers she has the power to rewind time as she saves the life of a girl who gets shot and is – initially – killed at her school. These time-rewind powers are a bit fickle, as the player can use them frequently but not always. Some decisions you make are instantly final, but generally, you can try out responses to see what reaction they get and let the one that you like best stand. Sometimes you can find out information, then partly rewind a conversation and steer it in a new direction using your new-found knowledge. And occasionally you can use your powers to sneak past people or to save someone’s life. 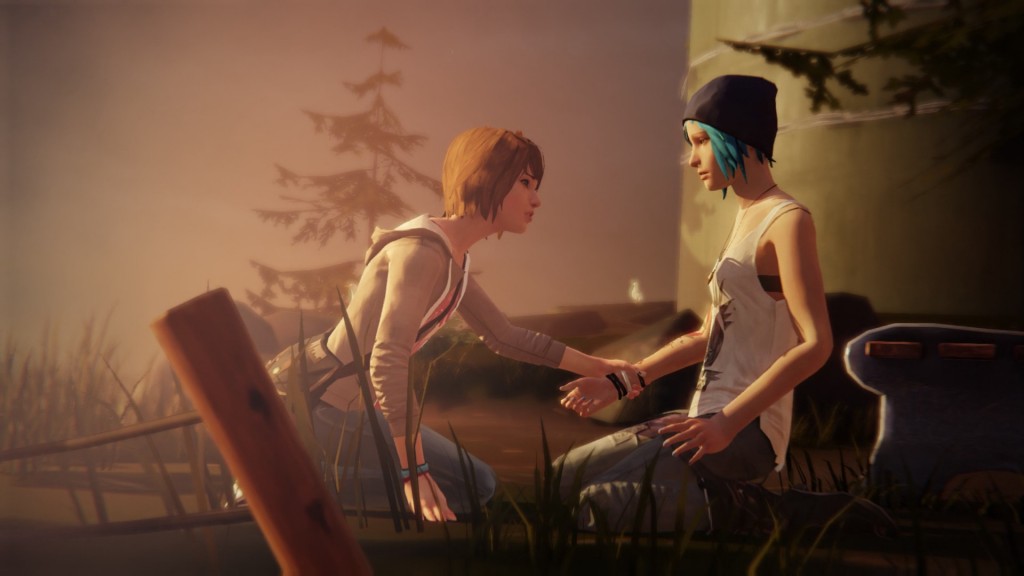 The core of the story is Maxine reconnecting with her childhood friend Chloe Price (Ashly Burch). Chloe’s troubled home life takes center stage for a while and the mystery of a friend of hers who has gone missing becomes more important as the story goes on. There are moments of lightness, but especially in the final act, things get pretty dark. The game is full of sincerity and emotion, which is great as long as the tone keeps shifting, but near the end there is a bit too much monotone tearfulness.

The final chapter in which things get to a head and are resolved, rambles. The pacing is off, the game expecting you to have extensive conversations with side-characters to provide closure while simultaneously insisting that you hurry, as you are ironically running out of time. It also oddly slides in an overly long stealth section just as you are rushing towards the grand finale and really can’t be bothered with the sudden change of pace. There are too many twists that lessen the impact of the ending. 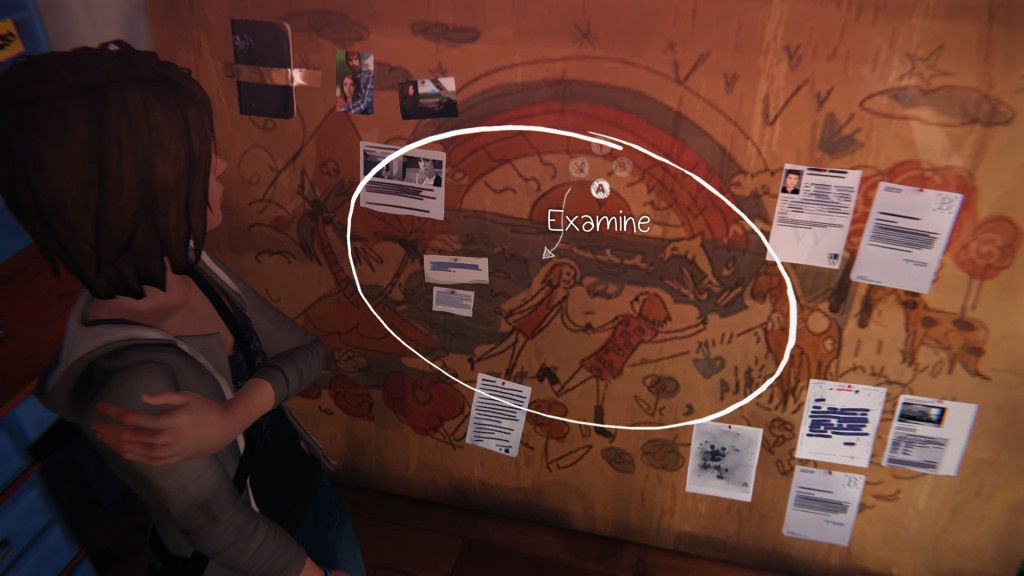 Life is Strange does keep you wondering for a long time what consequences your choices will have in the end, but the disappointing answer is ‘not much at all’. The difference is in how you will feel making these decisions along the way and about the way characters react to your choices. There is more than one ending but – without getting into spoilers – there is clearly one that the writers favored above the other(s), which makes you feel like you were railroaded. Sadly, the ‘preferred’ ending is unsatisfying and sends a very odd message. It is poetic but does not make much sense and it kinda makes you feel you wasted your time. In the end, I do not regret playing through Life is Strange, but if you dive in, be sure to keep your expectations about the emotional pay-off low.

As with any of these interactive story games that are split into separately released chapters, it is way more satisfying to play through the entire game in one or two sittings after all the chapters are available. Subtleties will otherwise be lost and storyflow disrupted.