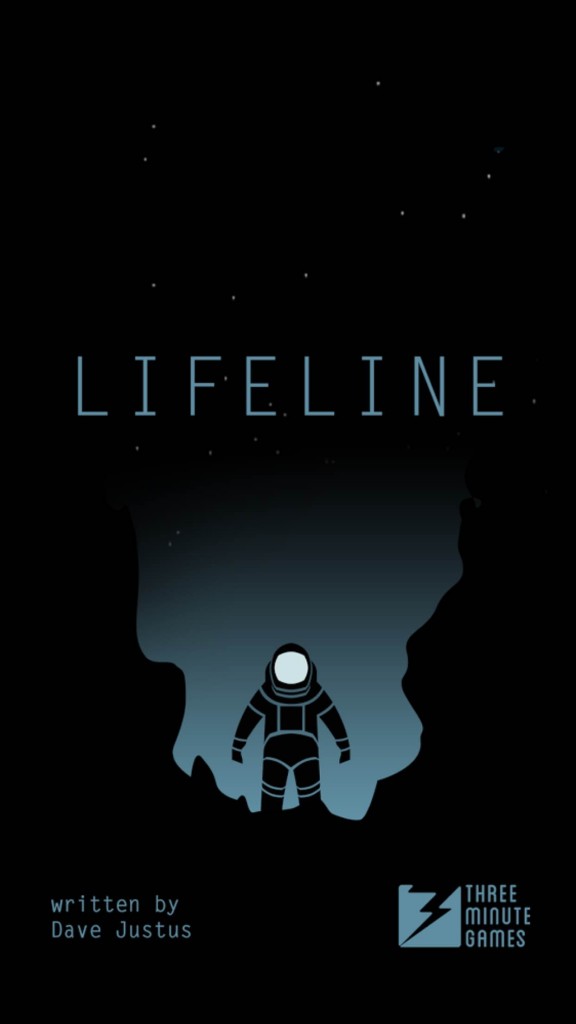 When you boot up the game Lifeline, you will find yourself with a stranded astronaut called Taylor in your phone. He – or she, the game never specifies – has crash-landed on a planet and is now trying to survive and to find out what made his/her ship crash. You will receive text messages from Taylor, leading to points at which you have to decide what to say or what action to advise. Why you are deemed qualified to make life-or-death decisions for Taylor, which are often followed without question, is not entirely clear. Supposedly you are the only person Taylor can contact, though why you would not run straight to NASA with your phone, I do not know.

But never mind, some suspension is required in any case, as time works in interesting ways within the game. Frequently, Taylor will go off to do something or simply sleep and you will see stated on the screen ‘Taylor is Busy’. At that point, you will just go about your day until you hear from him/her again. However, once you hear back, you are not required to reply straight away. Just as well, as that would be very inconvenient to those of us with busy lives. Instead, all will remain in stasis and the story will resume whenever you respond, until you get to the next ‘Taylor is Busy’ bit and put the game away again. 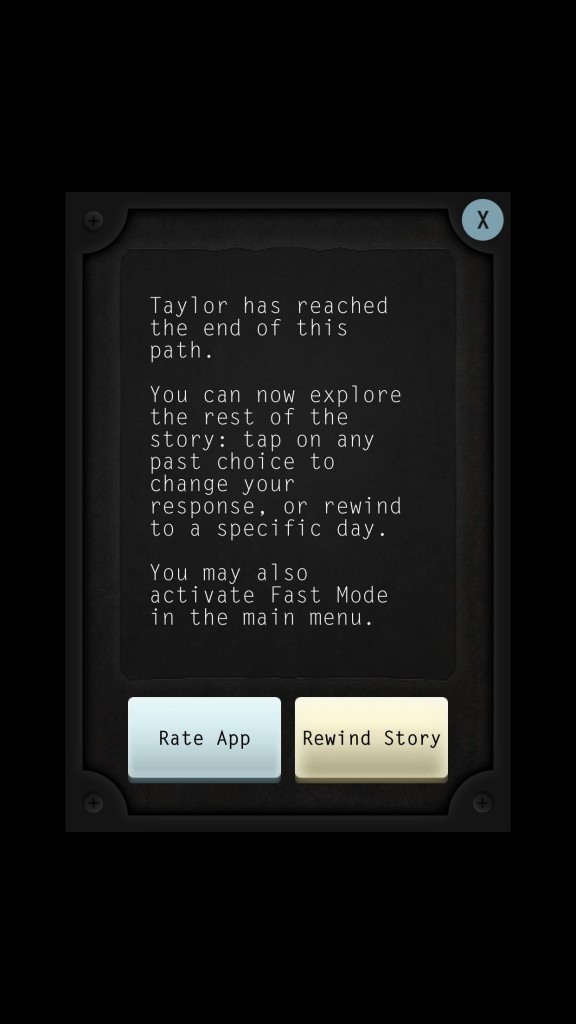 As a story, Lifeline takes some interesting turns. The plotting is good, but the dialogue can come off as a bit glib at times. Taylor keeps cracking jokes and waxing eloquently even at points where it feels forced. It calls to mind Matt Damon in The Martian, but the humour doesn’t always fit as well here. Despite that and the undeniable artifice, you do start to feel invested in keeping the astronaut alive. It is definitely possibly to get Taylor killed in a multitude of ways, but I managed to reach a happy ending on my first playthrough. (Even though I discovered online that I bypassed an even happier, optimal ending.) Once you have reached any ending, the game gives you the option to restart or to jump back in time a bit. This makes it easier to experiment with other outcomes. But I am glad that I didn’t have to resort to that, as I think that reviving Taylor from the dead would have made the experience feel less immersive. The story does have bits you can miss out on, though unless you die along the way, you will end up in the same basic end-game. 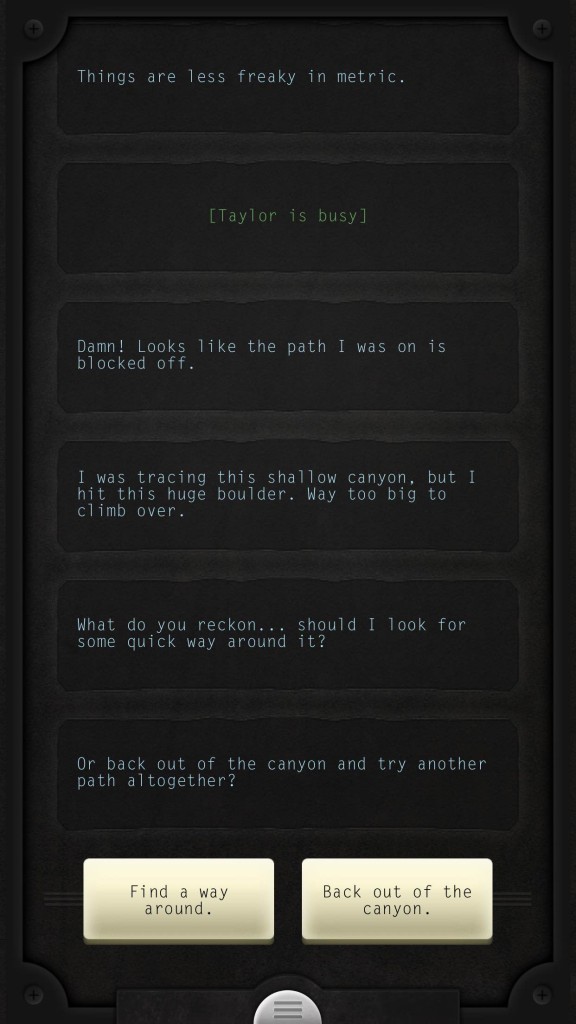 As a kid, I used to play Steve Jackson and Ian Livingstone’s Fighting Fantasy books a lot. These are interactive adventures with branching paths. Lifeline reminds me of these, often having me make decisions that seemed like a blind guess with no idea of what the outcome will be. Some are based on common sense and logic, others on luck. But the fact that the story kept reaching out to me and setting its own time table, was a unique twist.

By the way, it’s interesting to be confronted with your inner prejudices – with a protagonist just called Taylor in what I assumed to be a scfi action story, I instinctively imagined a white, thirtysomething male. I conjured up an appropriate voice in my mind when I read the texts and never gave it a second thought. Until someone online pointed out that Taylor could have been a 55 year old black woman, as no description was given anywhere. So I had an adventure and learned that my liberal mind is prejudiced. Lifeline is totally worth the journey.