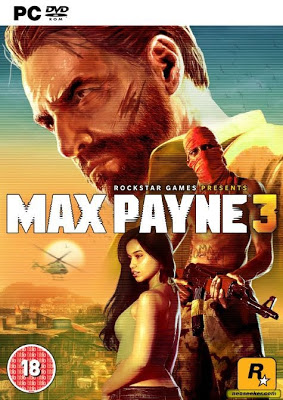 When Max Payne is around, any glass that’s half-empty is soon to be entirely empty, literally and figuratively. The guy can’t catch a break and has decided to drown his grief in alcohol. Having lost his family in the previous installments of the Payne franchise, he gets entangled in all sorts of nastiness again this time around, when a gig as a bodyguard in Sao Paolo goes south. In a gravelly voice and with a gloomy, sardonic demeanor, he narrates his woes to the player, who mostly gets to take control during the parts of the story where there’s shooting to be done. The monologue has a distinct hard-boiled/noir detective feel to it and Max’s world is one of double-crossing crooks, in which innocence is a rare commodity. Odd visual glitches occur and spoken words float across the screen from time to time, visualizing his feeling of being hung-over and off-balance. 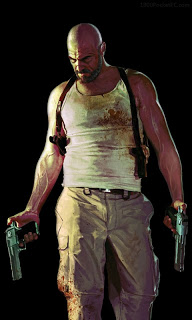 Despite being a grade A boozehound, as well as addicted to painkillers which magically heal bullet wounds, Max’s reflexes are apparently still superhuman. As before, his speed and marksmanship are portrayed in the form of Bullet Time. This gameplay conceit was made popular by the first Max Payne game and has been incorporated in so many games since, that it has almost become cliché. It means that you have the ability to see things happen in slow-motion while you can aim and shoot in real-time. So you can take a leap sideways or forwards, sailing majestically through the air, while strategically pumping bullets into various parts of your enemies as their bullets whiz past you slow enough to see them travel. You will need to make use of this tactic a lot. A mechanic that allows you to take cover has been added this time around, giving you a few more strategic options, but because your foes tend to come running at you and silencers aren’t effective, stealth is short-lived and things tend to get hectic. Thankfully, you also have the option to blow up cars, gas tanks (and so on) near your enemies by shooting them, meaning you can cut down enemy numbers at a good pace. 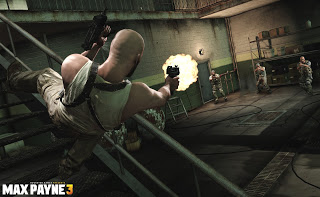 Max has a low tolerance for bullets, by game standards (though he is still a fair bit more resistant than people are in real life), meaning you don’t last long at the normal firing rate. So you will find yourself suspended in midair quite a bit, possibly ending your journey sooner than planned by embarrassingly crashing into a wall or some other obstacle that you didn’t notice before taking flight. Though it looks silly, it does give the action movie acrobatics a charmingly realistic counterpoint.

Seeing how your survival often depends on taking out multiple targets on the go, before time resumes its normal speed, it’s annoying that the game doesn’t make it clear when an enemy is down for the count. When you hit someone, they will drop to the ground, but the amount of bullets it takes to keep them there is unpredictable. You are likely to find yourself getting shot in the back now and then, because one of the guys you thought was dead – a reasonable assumption after emptying a clip on him – was actually just mildly inconvenienced. 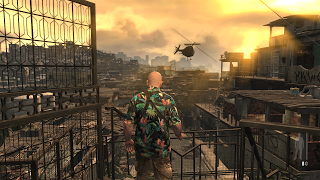 Max Payne 3 looks great. The beautifully detailed surroundings invite you to look around and there are rewards when you do so in the shape of ‘clues’ to be found and parts of guns that – if you collect them all – give a bonus on damage and ammo capacity. But the game is schizophrenic when it comes to pacing; often, if you take a moment to wander off the beaten path to find these goodies, either Max’s voice-over or a character you have with you, will remind you that time is of the essence and that you really should be hauling ass.

Unfortunately the game is not without bugs and glitches. Some are hilarious one-offs, such as the time when Max, after landing on the floor on his back, started spinning around like a break-dancer on speed. (Other players have encountered the same glitch in different spots.) I also had a moment when, right after coming back to life, I was glitched to the wrong side of a wall and found myself at the end of a level, not able to proceed. There are a few recurring problems that are more annoying though. There is a targeting aid, that on the normal setting provides just about the right amount of guidance given the fast-paced shooting. But it did on occasion lock on an enemy that was out of range while there were other, more viable targets right in front of me. And most critical is a bug that started occurring in the last couple of chapters and raised the difficulty level from challenging to frustrating. Apparently at random, Max would seize up while in cover, able to reload his gun but unable to otherwise move, aim or shoot until someone came along to put a few bullets in him and trigger a ‘last man standing’ slow-motion shoot-out. (This mode itself also has a recurring bug: you sometimes will be looking at your assailant while your gun appears to be stuck in a different direction.) These bugs don’t spoil the experience ultimately, but they are surprising given how polished the game looks and sounds otherwise. 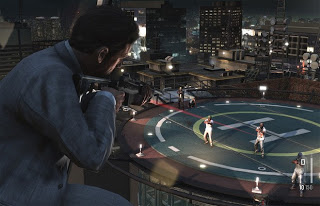 Essentially, Max Payne 3 is a very well-presented and very linear procession of shooting galleries that tells a convoluted and somewhat hard to follow story. Max is a well-drawn character in both meanings of the phrase and his gloomy attitude makes sense considering his history. Most chapters of the story see him failing at his main objective, only adding to his troubles. But listening to narration by someone whose demeanor is basically ‘Eeyore with a gun’ for an entire game, does start to grate a little. The combination of Bullet Time and cover-based shooting is fun but does get repetitive, despite a large arsenal and despite special sections that shake up the formula. On normal difficulty it’s pretty challenging to someone like me who sucks at shooters, but if you have to replay a certain part often, the game self-adjusts the difficulty level momentarily by throwing you some extra health. Because of this and because your enemies always start out at the same position, you’re unlikely to get stuck for long (well, maybe literally; if that bug acts up).

At one point, Max says: “Sometimes a complicated problem is best tackled with a simple solution.” His solution is always the same: shoot a whole bunch of bad guys. That is great fun for a while, but by the end of it, you’ll likely be craving something less restrictive and linear. 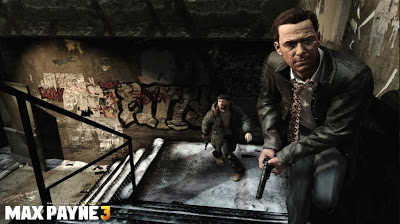