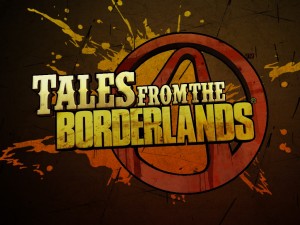 Back when I played Borderlands 2, I noted that I loved the humour and the writing but couldn’t be bothered with all the comparing of loot, the respawning enemies and the other ways in which the Borderlands franchise conspired to be a massive time-sink. Thankfully, Telltale Games took the cheeky, satiric and violent sensibility of the franchise, kept the great writing but poured it into their interactive storytelling model, focusing on words rather than weapons. The result is one of their best games, a comedic scifi adventure romp which calls to mind Guardians of the Galaxy. 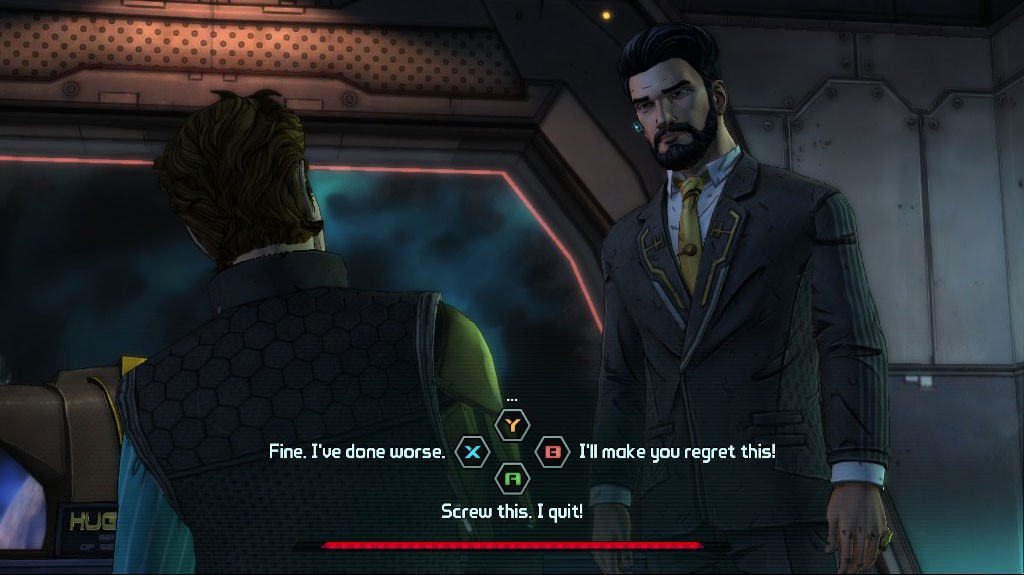 The Telltale formula will be familiar to most gamers at this point. They tell interactive stories that change depending on your input. The games are split into about five chapters which are released with a month or two in-between each chapter and together these form a ‘season’. Most likely, you will end up with a complete story, but find the door left open for a sequel. Tales from the Borderlands sticks tightly to this formula. Compared to the The Walking Dead and Game of Thrones entries, it very much eases up on life-or-death decisions and focuses on humour. The illusion that you are really affecting events in a major way is pretty thin here. You’re mostly sculpting emotions and influencing the tone of the characters. There are multiple variations of each scene, but you’re being led down a narrow path. 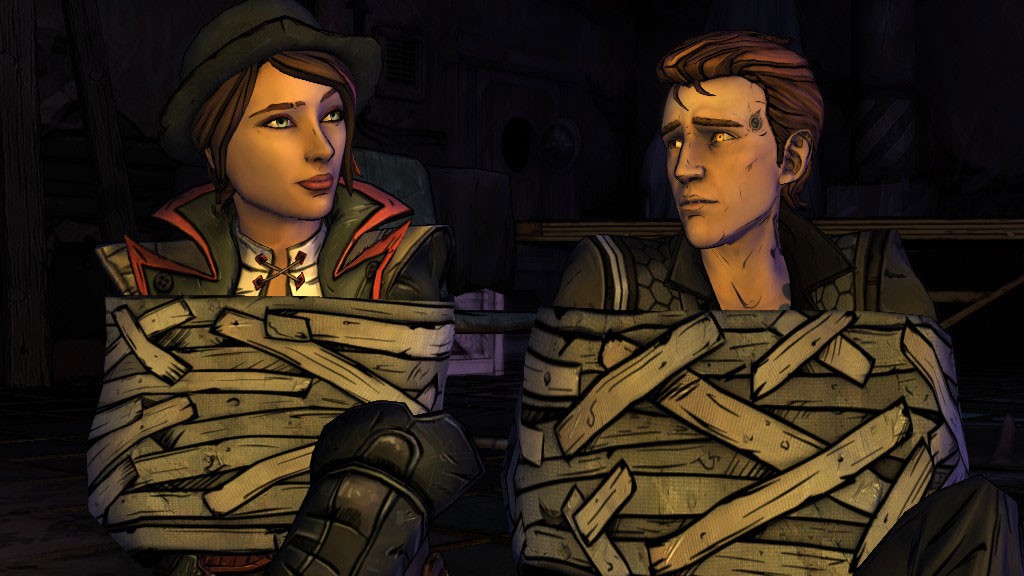 Thankfully, the dialogues and characters will quickly hook you. Even if the overall structure of the Scifi-Western world they inhabit doesn’t make much sense, you will gladly suspend disbelief to join them on their adventure. You play as two characters. One is Rhys (Troy Baker), a disgruntled corporate lackey who has a score to settle with his boss and the other is Fiona (Laura Bailey), a grifter who together with her sister and her sorta-dad pulls off swindles to get by. There is an overtone of screwball comedy to the script, so you may expect them to get together romantically, until you realize that would mean playing two sides of a romance, which would end up feeling silly. However, what the writers do instead – pushing you towards a romance with Fiona’s sister Sasha – isn’t much less awkward. You’re partly playing as Sasha’s suitor and partly as her sister, which is an odd combination. It wrongfooted me and made me miss the first cues about what was being set up. 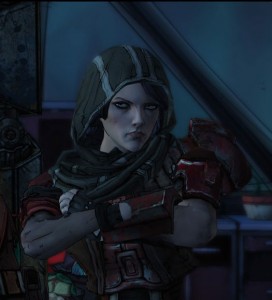 Speaking of romance, the Borderlands franchise has always been pleasantly inclusive of lesbian and gay characters in an admirably casual way. It continues its streak here, encouraging players to bring bad-ass fighter Athena and her mechanic girlfriend closer together. It is still all too rare for a franchise to be this inclusive without making a fuss about it. 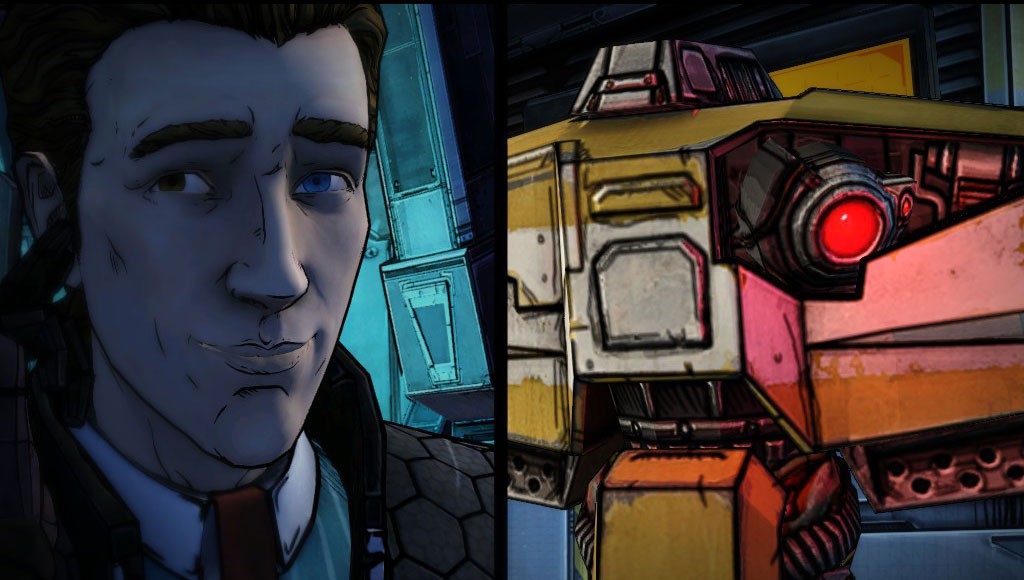 More than with any previous Telltale game, you will want to replay scenes while making different choices. Not because of the impact on the plot, but for a chance to catch all the one-liners you inevitably missed the first time around. Some of my favorite jokes revolved around the two robotic allies who end up tagging along with you. They have some of the best dialogues, such as when one of them, caught gossiping about you to the other robot, drily defends himself by stating “I cannot hold back the tide of your bad decisions”. There is also a very sly and expertly executed visual joke – set up almost accidentally it seems – referencing R2D2 and C3PO. 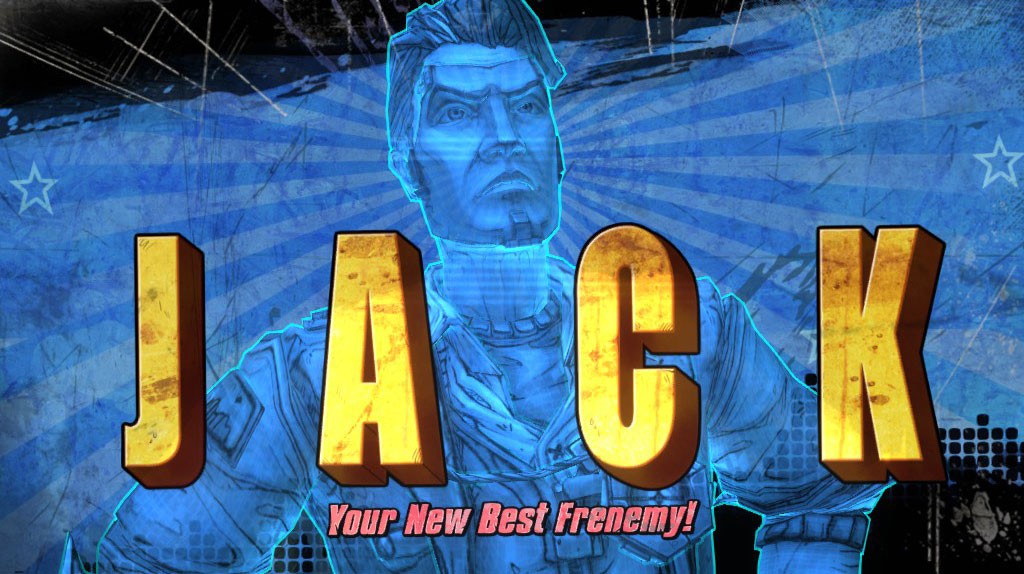 As always, the advice with Telltale’s games is to not play chapter by chapter, as released, but to play the whole season in one or two sittings, like you’re reading a good book over a weekend. That way you catch all the nuances and callbacks to earlier episodes. But if you only play one Telltale game, this is definitely the one to go for, even if you don’t know the Borderlands universe yet. Some in-jokes may go over your head, but you’ll still be laughing. 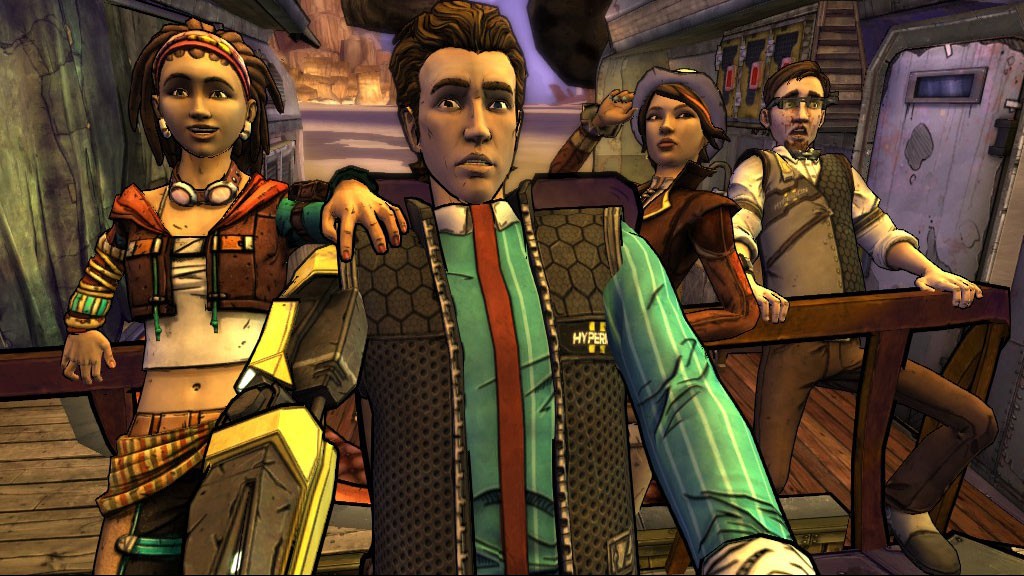