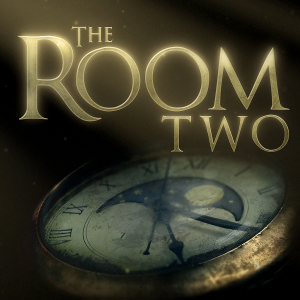 If you have even the remotest interest in puzzles, run to the nearest mobile device and download The Room 1 and/or 2. Both are beautiful-looking puzzlers in which you find yourself in one creepy room after another. In each space, you spin the camera around one or more objects that need to be studied closely. To move on to the next room, you will have to to find levers, switches and compartments containing keys or other loose components. Those parts can then be used elsewhere to uncover even more levers, switches and compartments with parts.

The spaces you find yourself in are vaguely unsettling and there is a Lovecraftian feel to them. Though there is no way to go except forward, by solving one puzzle after the next, you get the feeling that you are heading into something bad. There is something horrific lurking behind a dark portal in your future. Not helping your nerves, are notes left by a researcher who went before you, and who experienced a mounting despair. The researcher was looking into something called the Null element, which is a substance with mysterious, otherworldy properties. This substance also figures into the puzzles, as you soon come across a lens that reveals the presence of the null-element. It changes your perception, and reveals clues. 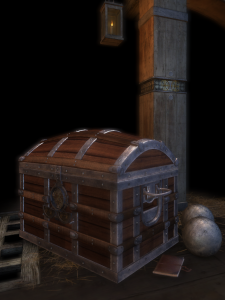 More chapters in this series seem a given, as the games have received a lot of critical praise and have been selling well. Though its particular way of puzzling definitely becomes very familiar, and less capable of suprising you the more you play, it doesn’t bore at all. Tinkering with the virtual objects stays fun throughout and this kind of gameplay is perfectly suited to touchscreens. Playing on a Pad is recommended though, as some of the important details may be hard to spot on the small screen of a phone. Occasionally you will feel stumped and stupid, but generally you’ll be able to figure things out and feel clever about it.

The games have a great hint system. You’re free to ignore it, but it’s good that it’s there for the rare occasion that your patience wears thin. If you don’t figure out the next step for a while, a sound will announce that a hint is available. Click the hint-icon, and you first get a very vague hint, pointing you to the right area. Then, afer a while, a second hint is offered, more specific, and then again after a while, a third and final hint that all but spells out the solution.

To me, the second game seemed slightly easier than the first, even though the second one complicates things by having multiple objects per room to interact with. Sometimes you’ll need to switch back and forth between them to get anywhere. There are still one or two times that a vital part of the puzzle is hard to spot, but generally if you look hard enough, while not forgetting about the bigger picture, you’ll figure things out. The process also get easier once you figure out the internal logic of the games and get into the groove. 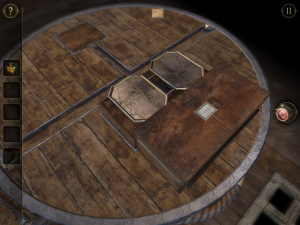 The second game seems to wrap up the initial arc of the ominous tale that serves as the backdrop to the tinkering, while making it clear there is more to tell. The first game didn’t really end so much as just stop, but the second one has a short cinematic and even a voice-over. I have good hope that more of these carefully crafted, Lovecraftian horror-puzzles are to follow. Even if they lead to gloom and doom, I will be unable to resist.