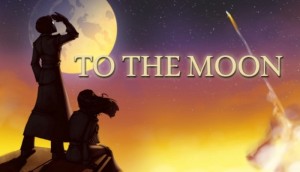 In To The Moon, you play a duo of scientists who have been summoned to the house of a dying man to grant him a last wish. He wants to go to the moon before he passes. Not for real, but in his mind. To do this, the scientists have to dive into his memory and follows a path backwards through the man’s life, to see where this wish originated from. There is shaky logic behind it all, but the point is that they get to experience his life out of order, uncovering moments both sweet and heartbreaking.

To the Moon is mostly an interesting exercise in storytelling. There is a small gameplay element to it in so far as you walk around, click things and have to solve a few instances of one kind of puzzle. But mostly it is about conversations and emotions. The visuals are pretty simple, mimicking an old-fashioned 16-bit RPG with its top-down perspective. But the music is more current, with a piano leading the way, rather than something blippy from the eighties. 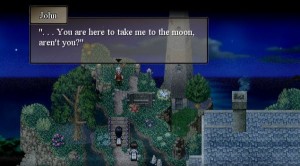 Surprisingly, the story has some real depth and melancholy to it. It shows Asperger Syndrome (though it is never actually named) and the impact of death. The story could easily have become too heavy-handed to bear, but the generally upbeat banter between the scientists (who have experienced this kind of dark stuff before) keeps things entertaining. Whenever things are in danger of becoming sappy, the more cynical of the two doesn’t fail to point it out.

As said, the gameplay elements are minimal and they are not especially interesting on their own. Generally you will just want to push through as fast as possible to keep the momentum going. But as a story, To the Moon does call up some interesting questions during its 4 hour run. No one’s life is perfect, there will always be heartache and loss. So if you could rework your memories and erase those parts, setting up something happier, would you do it? Even though you would just be fooling yourself? Or would you rather die with memories of a flawed life, but the one that you really experienced? Ponder at your leisure. 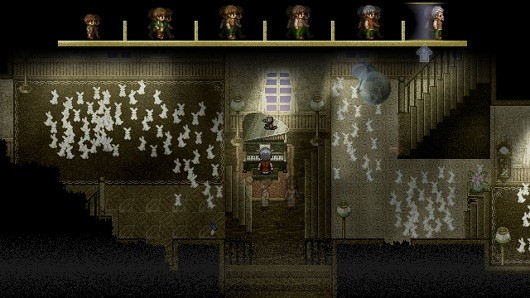