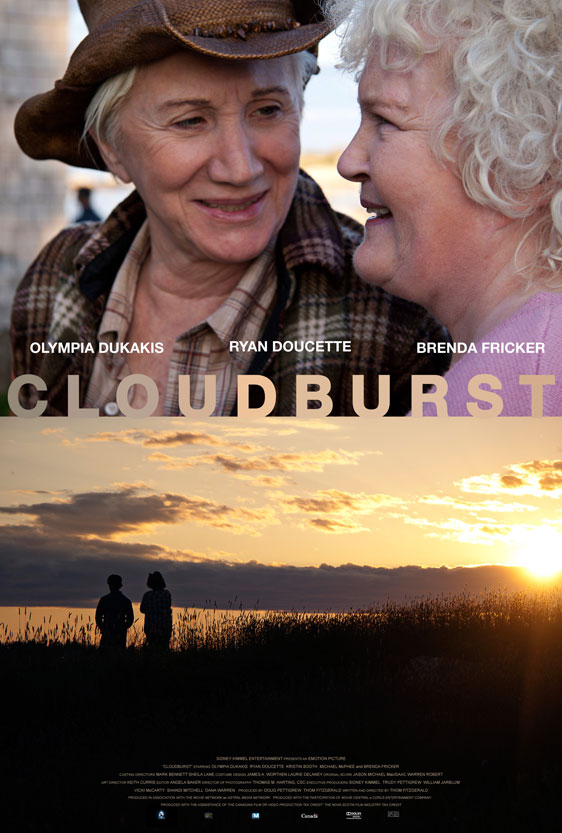 If you angle the candelabra that is affixed to my ancient oak bookcase just so, and tip-toe down the winding stairs that this action reveals, then cross the bridge over the alligator pool, pass the Bieber dartboard, pass my geeky game room and my naughty gay room and then open the door just to the west of the giant Vin Diesel pin-up, you will find a shrine dedicated to Olympia Dukakis. In other words: I am a fan.

I am not quite sure what it is that generally makes gay men admire strong women. We don’t want to be them (speaking for myself, in any case) and we definitely don’t want to sleep with them, but we would love to knock back some beers with them (or maybe appletini’s, if that’s more your thing) and bitch and laugh about men in general and straight men in particular. Olympia Dukakis has this quality and in the role of Anna Madrigal in the Tales of the City tv-series, also has shown a maternal warmth. She seems like someone you could tell all your sordid secrets to and who would give you a reassuring hug afterwards, without judgment.

Playing a butch dyke, she is the best thing about Cloudburst, a road movie about an elderly lesbian couple. Her character Stella is crass and blunt, aware of this but unable to help herself, and she is softened and redeemed by the clear love for her partner, who is near-blind and dependent on her. When a scheming family member in denial about their relationship tries to place Stella’s partner in a care home against her will, the couple decide on a trip to Canada. Getting married there would give their relationship more validity and better legal standing, they think. Along the way, they meet an attractive young hitchhiker with a troubled past who is on his way to visit his ailing mother.

The ancient cliché applies to Cloudburst: it is not so much about the destination, it is about the ride. The mood is more important than the script, which is a bit lightweight. The movie meanders, the scenes loosely sketching out the characters and their relationships. We learn more about the history of the couple, their travelling companion and watch the beginnings of a friendship. There are shots of landscapes, scenes with mild suspense and there are some farcical scenes, notably one in which stuntman Randy Bolivar is plastered across the windshield of a car while full-frontal nude. (Going by the mostly lesbian audience I saw this with, male genitalia do very well as comic relief.) Both this scene and the insertion of an attractive guy as the third lead, seem intended to capture the interest of gay men, widening the potential audience.

I imagine the ideal viewers for this movie are lesbian couples, curled up together on the couch, imagining themselves growing old together. It is about equal parts sad, sweet and comforting. I would have preferred a slightly more upbeat ending, as it seems all too many gay and lesbian films end on a maudlin note, rather than leave you smiling. But it’s a trip worth taking. And now I am off to take a trip of my own, to light a new candle at my shrine dedicated to Olympia Dukakis. Because the lady still kicks ass. 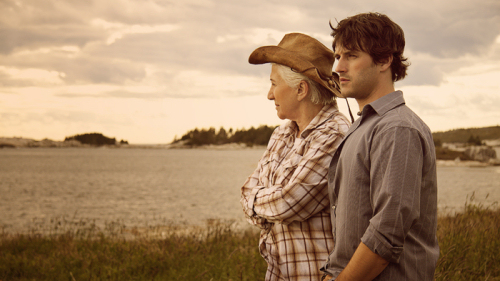