Deadpool started out as a fairly generic mercenary in the Marvel comic book universe during the nineties. I am not sure at what point he picked up the moniker ‘the merc with a mouth’, but he ended up changing into a morally dubious smart-ass who was always looking out for number one. His most notable feature was that he became aware that he was in a comic book. He took to commenting on plot developments, talking directly to the readers and he was doing postmodern things like ripping from one side of a page through to the other. It wasn’t totally unique – She-Hulk had a fourth-wall busting period as well, for instance – but with Deadpool it stuck. It makes the psychotic, selfish things he does seem somewhat more forgiveable because he knows none of it is real in any case.

Thankfully, the movie doesn’t neglect the coarser elements of the character or his rare self-awareness. The film starts with faux-credits that name-call its crew and before long Deadpool (Ryan Reynolds) is scraping a piece of gum off the camera. The flick has a potty-mouth more than any superhero movie so far, as well as showing more gore than usual, and it eagerly embraces its R-rating. I suspect that this is the first blockbuster movie ever to semi-show ‘pegging’. Feel free to google that, if you’re not up to speed, but be aware that the results will be NSFW. Deadpool‘s general sense of refreshing sexual openness makes the crass fixation on asses and genitals easier to go along with. 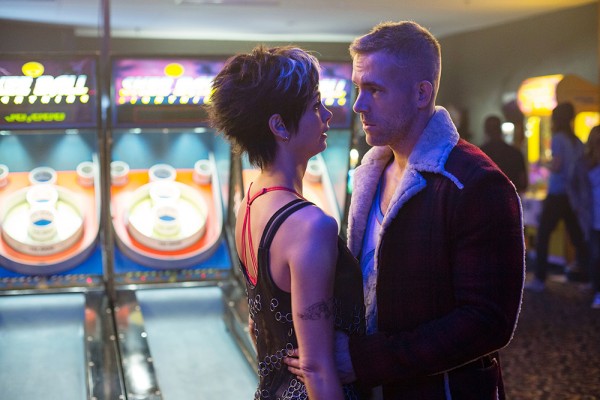 What partially redeems Deadpool is that he is fighting for love. True, he causes mayhem and destruction and has a wanton disregard for the lives and feelings of most other people, but he is a funny romantic at his core. Powering him through this first proper cinematic outing is the fear that he will be rejected by his equally passionate and mouthy love interest, a female escort called Vanessa Carlysle (Morena Baccarin). While the conflict with the film’s main villain doesn’t pack much of a punch, except in the literal sense, the romance pays off well enough to compensate. There’s even a sweet moral to the story. 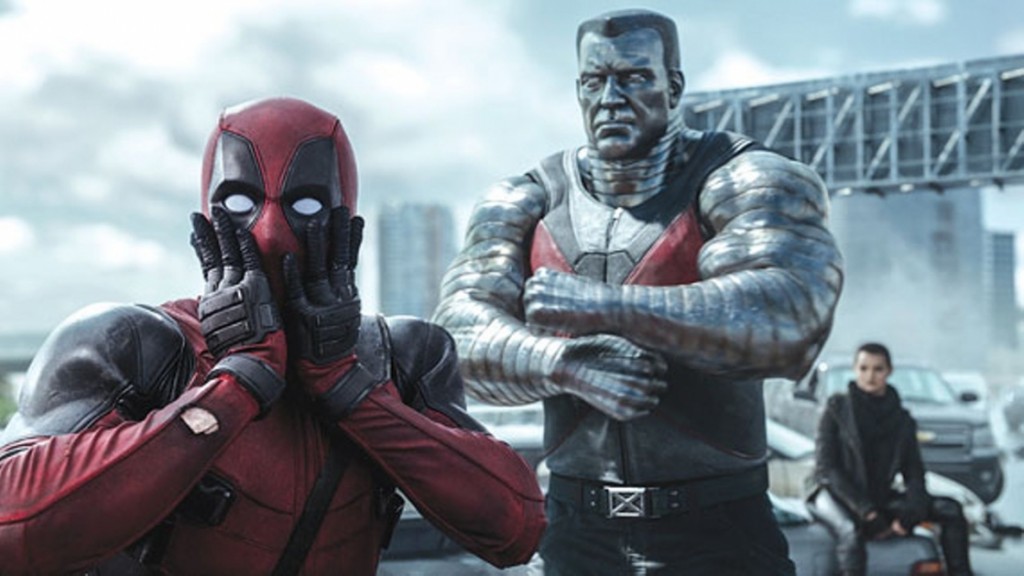 Continuity is getting more and more troubled between the X-Movies, as Deadpool himself is only too happy to point out. For one thing, Ryan Reynolds already played a humorless, muted version of the same character in X-Men Origins: Wolverine. But rather than be dispirited by that misfire, Reynolds made an anarchic proof of concept short to convince the studio to give the merc a worthy reboot. There is no direct mention of that particular bit of pre-history, but there is a multi-layered running joke involving Hugh Jackman, who plays Wolverine in the X-movies. Only two X-Men make an appearance: metal strongman Colossus and a girl who calls herself – wait for it – Negasonic Teenage Warhead. Everybody else is on an extended field trip apparently or – as Deadpool guesses – simply too expensive to guest-star.

After the unexpected, massive success of Deadpool, the effect on future superhero movies remains to be seen. That more of them will steer towards an R-rating seems certain and there will definitely be a sequel, as already hinted at in an after-credits scene. Personally, I hope the second one embraces the fourth-wall breaking absurdity even more as that is where the franchise’s uniqueness lies. But Ryan Reynold’s clear and consistent passion for the project promises good things. So let’s all do him a favor in return and, once and for all, collectively forget that the Green Lantern movie ever happened. Because it didn’t.