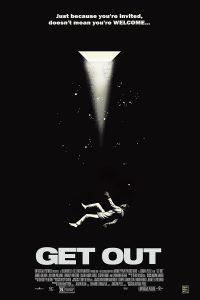 The subtitle for this horror-comedy could have easily been ‘Creepy White People’ as the majority of the cast consists of just that. When a black man (Chris Washington, played by Daniel Kaluuya) heads off to a remote mansion to meet the well-off parents of his white girlfriend (Rose Armitage – Allison Williams), things get racially awkward fast. The tension isn’t initially because of direct hostility, but because the parents emphasize just a little too much that they have no problem with black people. They have some of ‘them’ working for them, in fact, but Chris senses that something is strange about the behavior of these people too.

The movie does a good job of making the viewer feel uneasy along with Chris. To the credit of writer-director Jordan Peele (of formerly Key and Peele) he isn’t too mysterious about the plot’s first big reveal. It is obvious early on what is going on, more or less. But Peele does fill in some blanks in a surprising way in the latter half of the film. Chris is an easy guy to root for, a likable lead who maybe is a little slow on the uptake, but then he does not know he is in a horror movie. And he is inventive when it counts, maybe even a little too mu

There is – of course – a cheeky political undercurrent to a movie that jokes that black people should not trust white people. A silly-but-effective horror movie about racial tensions feels timely in a political climate where racism is closer to the surface than it has been in years. With the growing divide between unapologetic racists and believers in full equality, hopefully Get Out‘s lampooning of the friction will provide some relief. Although a quick search did reveal that – sure enough and no joke – there are white people who feel victimized by how the movie portrays them. While seeing racial groups as separate teams is of course not helpful in the long run, for a playful examination of those dynamics that hopefully leads to some self-reflection, it seems warranted. 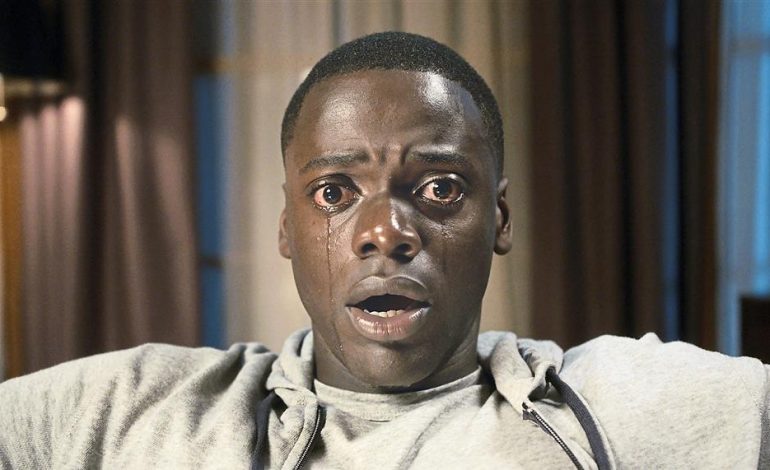