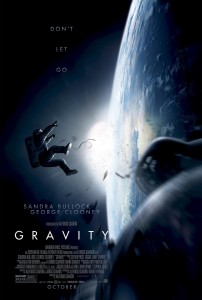 I went to see Gravity knowing little more about the plot than what the trailer told me. I knew to go see it in 3D, as apparently it was one of very few movies that does 3D well. It was actually shot for it, instead of the 3D having been hastily tacked on to the finished product. And I had heard that making the movie had been very complicated on a technical level. But plot-wise, I didn’t know more than that it involved astronauts in trouble and Sandra Bullock floating around in space a lot.

I won’t get into the story much, as there isn’t a whole lot of it, and what there is, is better experienced unspoiled. The one thing I can say, is that there is more spectacle than what I expected. There is more of an outer journey to go with the inner journey of people trying to survive in the soundless vacuum of space. It brings across the disorientation and helplessness you would feel without a clear sense of up and down, knowing that one wrong move could send you spiraling off into oblivion. You’d be without an anchor, unable to do anything but look around as your oxygen ran out, the cold ultimately claiming your body.

Gravity shows both the beauty and horror of being completely disconnected from the world. Hell may be other people according to Sartre, but being completely alone is no picnic either. Stillness can be blissful or suffocating, but it would definitely skew towards the latter if you are desperately trying to get back home from orbit.

I have no idea how realistic everything that happens is. I would have to brush up on physics and specifically the laws of motion, where I have a feeling some things were fudged. But the astronaut-lingo, the way of working and the technology looks and sounds convincing.

Gravity is the kind of movie that puts minor, everyday problems into perspective. How long that new, big picture perspective lasts may vary. I, for one, was seriously bummed out about having to bike home through the rain when I got out of the movie theater. I may need a second viewing. On a dry day. 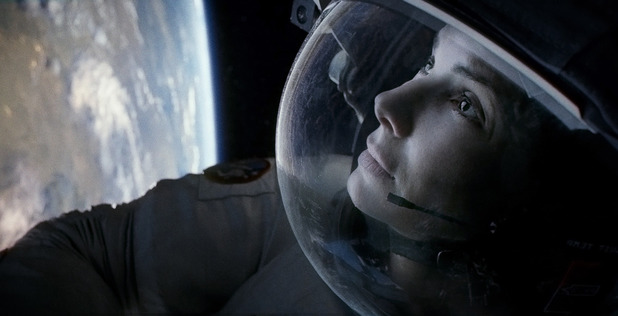