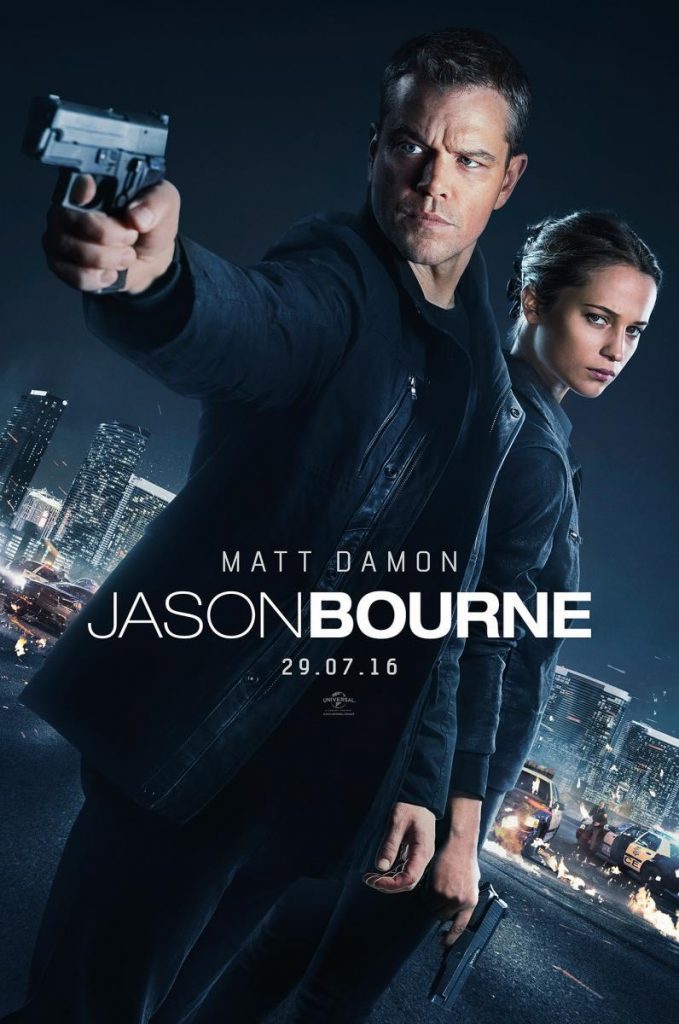 Jason Bourne is a dumb movie about allegedly smart people. Evil dudes inside the CIA – primarily its Director Robert Dewey (Tommy Lee Jones) – start the hunt for former operative Bourne again, leading to various chase sequences. I saw the previous films in the franchise, but remember very little about them, and they were filed in my memory only as generic action movies. Deadly serious Bond-like flicks with extra technobabble but less charm. Competently made, yet meh.

For a guy we are supposed to be rooting for, Bourne really does not seem to care about innocent bystanders. A chase sequence leads to the slaughter of a number of people in their cars, but Bourne doesn’t blink an eye, continuing the chase regardless of the consequences. If he would have been chasing an atomic bomb, that would have been easy to swallow, but in this case the stakes are much lower, if more personal. Despite the underwhelming new information that Bourne uncovers about himself this time, after much stalling by the writers, he remains a somewhat flat, unexciting entity. Matt Damon brings humanity to him, the eternal amnesiac, simply by being Matt Damon, but the script doesn’t allow him any clever dialogue or a sense of humour. He is a handsome, tortured plot device.

For all the smarts of the good guys and gals, they are really, really bad at hiding. You would think that Bourne would have maybe fiddled with his appearance a bit, thinking along the lines of glasses – works for Superman – a beard or just a different haircut or -color. But nope. A hacker friend he works with gets clocked by her long, blond hair. Maybe a make-over would have been in order? Something sassy, shorter and darker? Or just tuck it under a baseball cap? 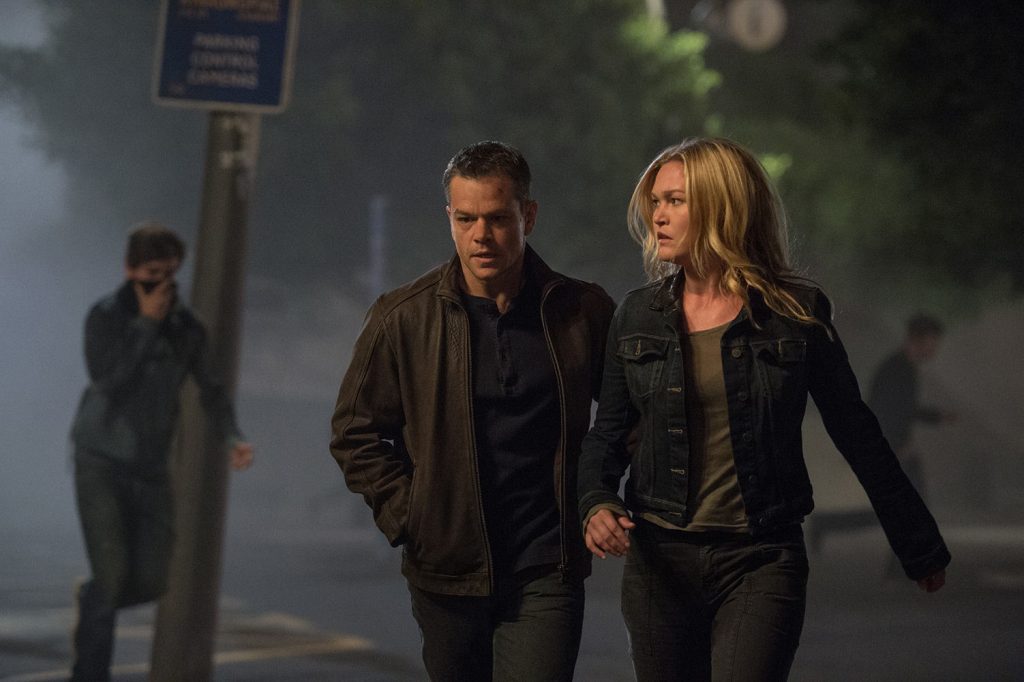 The film is clumsy in how it gives information. When a pursuing agent (played by Alicia Vikander)  reads up on Bourne’s history, bite-sized quotes, neatly framed in quotation marks and separated from any other text, fill the screen, one after the other. You can almost hear the director shouting in your ear ‘THESE ARE THE ONLY IMPORTANT BITS!’. And speaking of shouting, when texting ALL CHARACTERS SEEM TO HAVE THEIR PHONE STUCK ON CAPITALS. No doubt for the sake of the viewer seeing the small screens from a distance, but IT LOOKS UNNATURAL. The highlight of awkwardness, however, is a USB stick with important information that says in bold letters on the side ‘ENCRYPTED’. It is as ridiculous as those cliché movie bombs that have a big screen on the side, showing a countdown to zero. The word draws a weary sigh from Bourne.

The big picture here is an odd one. ‘CIA infighting leads to dozens of civilian casualties’ would be the headline. I am not clear on how the events in this movie ultimately have a significant impact on the franchise’s overall plot. It all comes down to a lot of sound and fury, signifying a paycheck for the people who made it and a fast-fading memory for viewers.