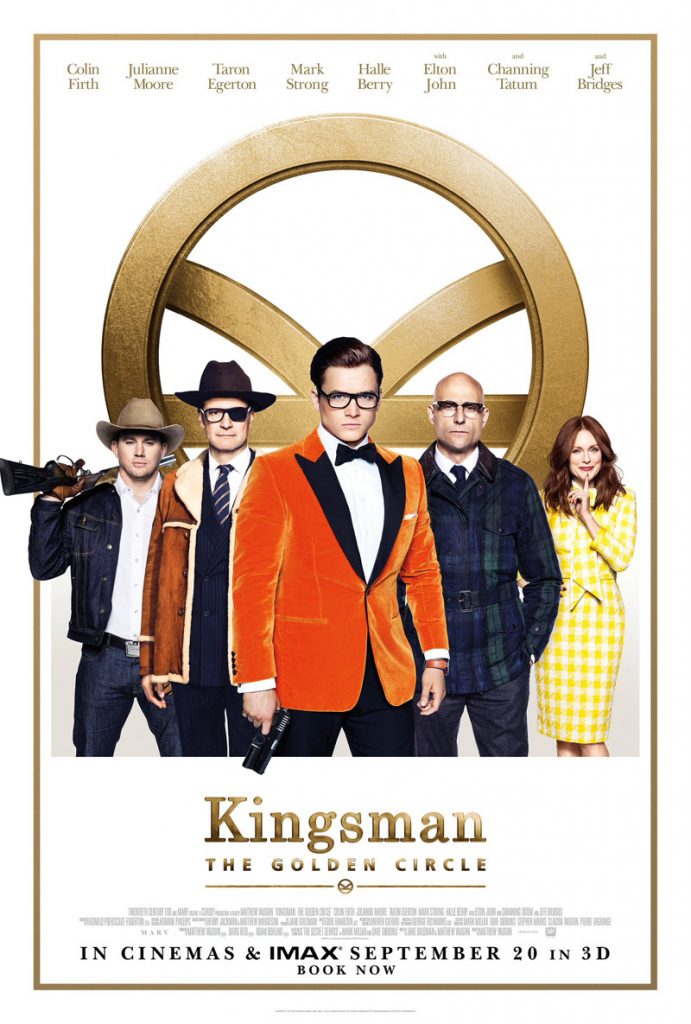 The first Kingsman movie, based on a graphic novel by Mark Millar, posited a stereotypical English organisation of crime-fighting operatives with a wide slew of Batman-worthy, yet gentlemanly gadgets. The emotional through-line was an experienced Kingsman (Colin Firth) helping a streetwise noob (Taron Egerton) reach his full potential. The movie was violent and tongue-in-cheek, ending with the bizarre sight of a bunch of people’s heads exploding cheerfully and brightly, in all colors of the rainbow. The movie was goofy and gory, and entertaining if you could roll with it, seemingly riffing off The Avengers. (Not the Marvel superheroes, but the classic television series made famous by Patrick Macnee and Diana Rigg.)

Despite reaching even higher levels of silliness this time – often virtually on par with Austin Powers – the Kingsman sequel The Golden Circle is self-aware and slick enough to keep you engaged and entertained for the most part. If there is a massive pair of scissors hanging above a door for some obscure reason, you can be damn sure that it will fall down to impale two baddies who just happened to be in the exact right place to each meet their own pointy end. It’s just that kind of movie. The only downside to all the craziness is that despite various Good Guys biting the dust and there being a lot at stake, there isn’t a lot of tension. Frenetic editing and appealing visual tricks make things exciting, but the heroes pull off so many impossible stunts that the outcome is never in doubt. You’ll have to accept that a man can spontaneously jump straight through a lethal lasso loop thrown his way, something that any stuntman would have to practice for a long time to pull off even under controlled circumstances. Carrying you through as a viewer is mostly discovering what crazy crap the writers will come up with next. “Hah! That briefcase is also a riot shield? Well, okay then!” 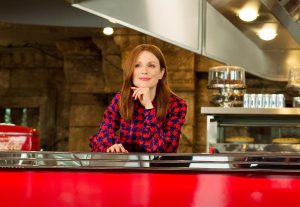 One of the fun parts of watching the movie is seeing various big Hollywood actors pop up unexpectedly, joyfully slumming it and apparently having a great time. I will only mention Julianne Moore here. She plays the Big Evil to be defeated, a full-fledged Supervillain who comes complete with her own improbable lair. But the biggest recurring laughs come from an extended celebrity cameo that is best experienced unspoiled. Suffice to say that someone showed himself to be a really good sport and he manages to pull off a few well-executed comedy bits.

The film sets an interesting precedent when it comes to US Presidents as shown in the movies. The US president was generally a worthy and ethical force, sometimes misled and sometimes under threat. But reflecting the real world, the president in this one is a highly impeachable and immoral @$$h@t. I am curious to see if this trend will continue. In the current climate, it’s doubtful that a thriller could make us care about the protection of this new-style – or rather no-style – kind of president. 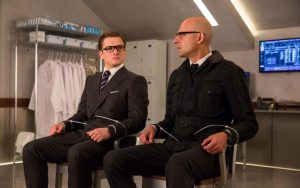 The Golden Circle will not be to everyone’s taste. You have to enjoy silly humor and not mind cartoonish violence, both of which are amped up compared to the first movie. You’ll like the characters mostly for the charisma and enthusiasm that the actors bring to them. But if you saw the first movie and thought they didn’t quite push the concept far enough, this sequel fixes the problem. It is bigger, faster and louder – which may or may not work for you.