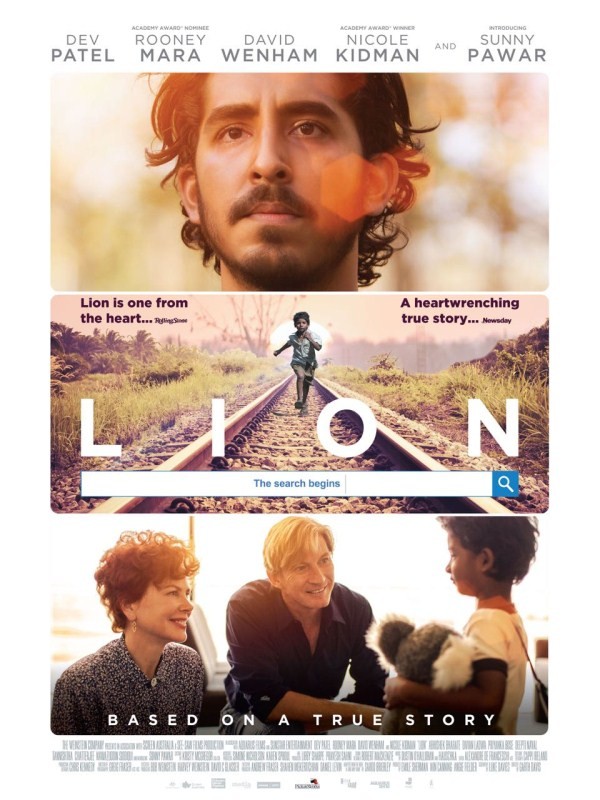 On the surface, the story of Lion sounds like fodder for a Lifetime movie or an emotionally manipulative reality tv program. But it is so exceptionally well-told that you may find yourself shedding a silent manly tear or two by the end, even if you were all set to scoff at the obvious sentimentality of it all. Saroo Brierley’s autobiographical book ‘A Long Way Home’ was adapted for the movie. At a very young age Saroo fell asleep on a train and ended up far, far away from home. Because no one can figure out where he is from and the Indian authorities can’t find his parents, he ends up getting adopted by an Australian couple. Twenty-five years later, triggered by resurfacing memories, it starts nagging at Saroo that he has a biological family that may still be looking for him, oblivious to what happened to him all those years ago. He starts digging for clues and tries to find the home he lost. But he never does. The end. 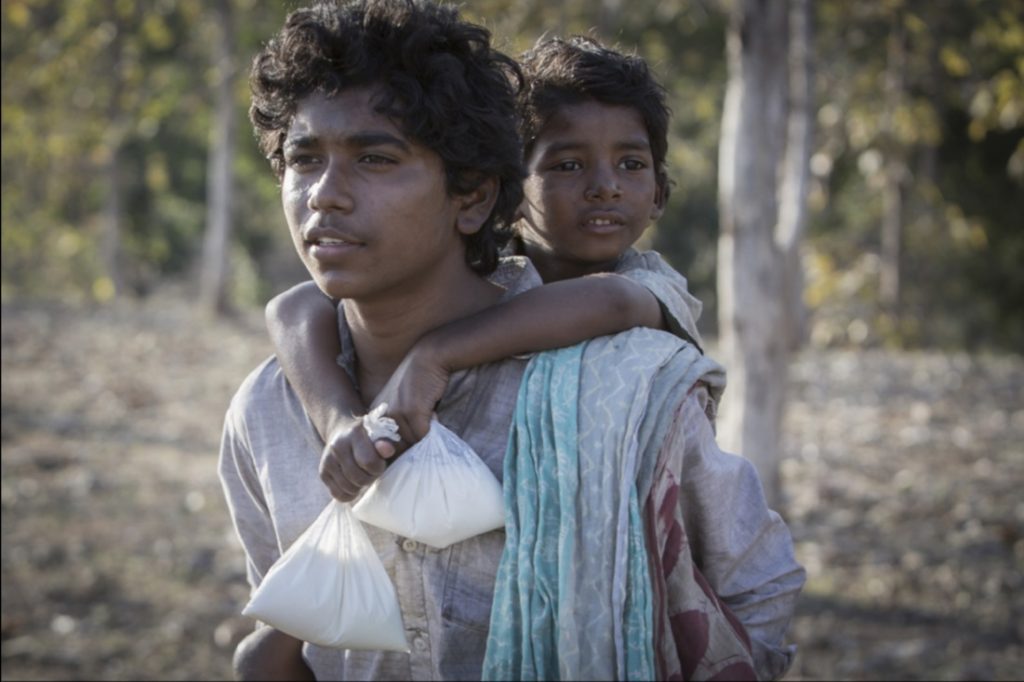 Nahhh – wouldn’t that have been something? The ending is as unavoidable as it is satisfying, for all the same reasons that reality tv loves showing family reunions. But the real strength is in the build-up. The film paints a vivid picture of India as a complex mix of poor, beautiful and dangerous. Definitely not a place you would want to get lost in as a child, and a place where opportunists prey on the weak and the police just sees strays as an inconvenience. Painterly cinematography by Greig Fraser immerses you from the start. Young actor Sunny Pawar – who plays Saroo as a kid – instantly makes you want the best for him. The goodwill carries over to adult Saroo (Dev Patel), who is suspiciously handsome. 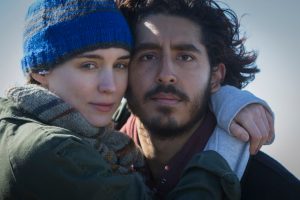 Like it is often the case with ‘true stories’ it is funny and interesting how Hollywood can’t help but beautify everything. The real-life counterparts of the people in the story are seen during the end-credits and though they are perfectly fine-looking, regular people, it is noticeable that their film-versions have all been upgraded to Hollywood standards. Would we not have been able to empathize as much if young Saroo wasn’t as adorable or adult Saroo wasn’t as attractive?

It’s clear what this movie offers – an engrossing, emotional story, beautifully shot and acted. That it’s perfectly predictable doesn’t matter. You may resist, you may feel played, but you will likely still be swept along.