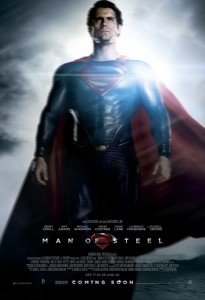 Oh boy, someone really missed the point of Superman. And admittedly, Superman is one of the trickiest superheroes to get right. He is an overpowered goody-two-shoes, an ideal rather than a multi-faceted character. He is someone iconic, his morals beyond reproach and he is so near invincible that very little poses an actual threat to him. (Just as well that he is not blond and blue-eyed, as that would push him into scary ‘übermensch’ territory.) Man of Steel tries to update Superman and make him more relatable by having him be tortured and emo. This didn’t work in 2006’s Bryan Singer effort Superman Returns, and it doesn’t work here.

We get an inferior, flashback-riddled version of his origin story, which was already shown very well in the original movie from way back in 1978. Spoiler: this time he lets his dad die because of a dog. The movie tries to sell this to you, but I doubt many people are buying. Mind you, the movie also alleges that his dad would have been okay with a bus full of kids dying, to keep Superman’s identity a secret. So it’s hard to feel pity for the guy. We do get a slightly more involving plot than last time Superman hit theatres – no flooding the U.S. for no adequately explored reason – even if it is a rehash of the second movie. It folds in classic foe Zod, and goes more into the back-story of Krypton.

The movie’s worst crime is making Superman into a killer. I am not referring to something that happens at the end of the movie, which is presented as a big deal, but about the hundreds if not thousands of people who died in the preceding fight. Classic Superman’s first move would have been to protect bystanders and move the fight away from a populated area. New Superman doesn’t worry too much about wrecking buildings with people in them and causing uncontrolled explosions.

Christopher Nolan (of the Dark Knight trilogy) is listed as a co-author and Zack Snyder (of the bloodthirsty 300) is the director. This may explain why the movie tries for a gritty Superman, even though those two words should never appear in close proximity. Part of Superman’s charm is that he is naive and innocent, in a way. Take that away from him and his essence is diluted. The obligatory presence of Lois Lane is also badly handled, woven into the machinations of the plot with indifference. There is no sense of wonder or romance.

It’s not Henry Cavill’s fault. He portrays Superman just fine, with little gestures and movements that show he studied those of his predecessor Christopher Reeve. It helps that he looks really good shirtless. He will be back for the next installment featuring Superman, which will see him teaming up with (though I assume also fighting) Batman, played to the consternation of many by Ben Affleck. I don’t hold out much hope for that movie on the basis of this one. While Marvel seems to be in firm control of their franchises in movie theatres, DC is flailing around at this point, still trying to find out what works. This movie didn’t. 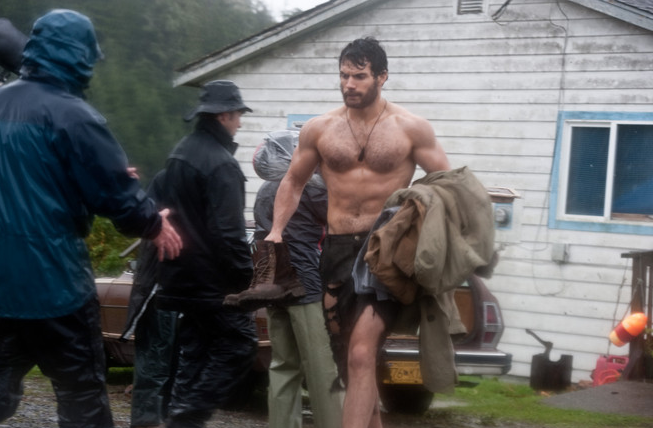