You can’t accuse Pacific Rim of not delivering on its core concept. You will indeed be seeing giant mechanoids battle giant monsters and lay waste to buildings as they do so. Most of the fights take place partly obscured by darkness. Rain and lightning conspire to make things look more dramatic and to potentially hide some not so refined special effects.

The rationale for it all, is a fine piece of hokum that is delivered right at the start of the movie. Giant creatures from another dimension are entering our world through an underwater rift and seem hell-bent on the destruction of mankind. And yes, there is an explanation for that – sort-of – and no, the reason does not really matter. They just need to be stopped, so the best plan is to build mechanoids to take them down. Obviously. 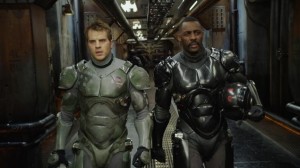 There is cheesy bravado, heroic sacrifice, clunky dialogue and perfunctory character development. Emotional investment is tricky as it is all so damn cliché and predictable, even if a few overqualified actors, like Idris Alba, do their best to sell it to you as earnestly as possible. It’s unclear how self-aware the movie is about its camp-factor. There is a whole plot thread, featuring a duo of scientists and Ron Perlman, that exists at a higher level of wacky than the rest of the movie. Also, the computer in the main mechanoid speaks with the exact same voice as the sociopathic GLaDOS from the Portal games, in what seems to be a funny but distracting in-joke. And what to think of the sublimely silly moment when a mechanoid’s arm rips through an office building, sets into motion a perpetuum mobile on a desk and then withdraws. It’s like someone late in the movie’s development realized that they’d better start making fun of themselves to immunize against inevitable criticism later on. “C’mon guys, we were just having a laugh! Almost fell for it, didn’t you?”

There is some excitement to be had from watching the various, imaginatively diverse mechanoids battle the equally varied monsters. But there is no real tension, as the danger level is hard to bring across when two parties are duking it out and you, as the viewer, have no real frame of reference for what can and what cannot happen. Victory and defeat seem random, determined by what has to happen for the plot to move along. It doesn’t help that even those involved are a bit clueless about their options. At a desperate point late in a fight, one of the controllers of a mechanoid exclaims that they’ve got nothing left, upon which his partner suddenly remembers “Oh, wait, we’ve got this giant sword-thing that can kill this creature we’ve been getting hammered by, with one hit.”

Presumably to up the stakes, the monsters are divided into levels. A level 4 monster being more dangerous than a level 3 monster and so on. Cue a hilarious moment in which someone behind a monitor at HQ with a look of consternation on his face says that a level 5 monster is coming through the rift. Given that this is the first time such a monster appears and that he is not wearing a number, how does the operator know this? It’s obviously said to make it clear to the viewer that “this is – like – überbad”, but it makes no sense. And neither does the strategy the monsters follow, nor much else in the movie.

So it comes down to this: do you simply want to see monsters and mechanoids duke it out? Then watch the movie on a big screen, shut down all your critical facilities, and you’ll have a good time. If you want emotional investment, tension or higher reasoning, then move along, there’s nothing to see here. 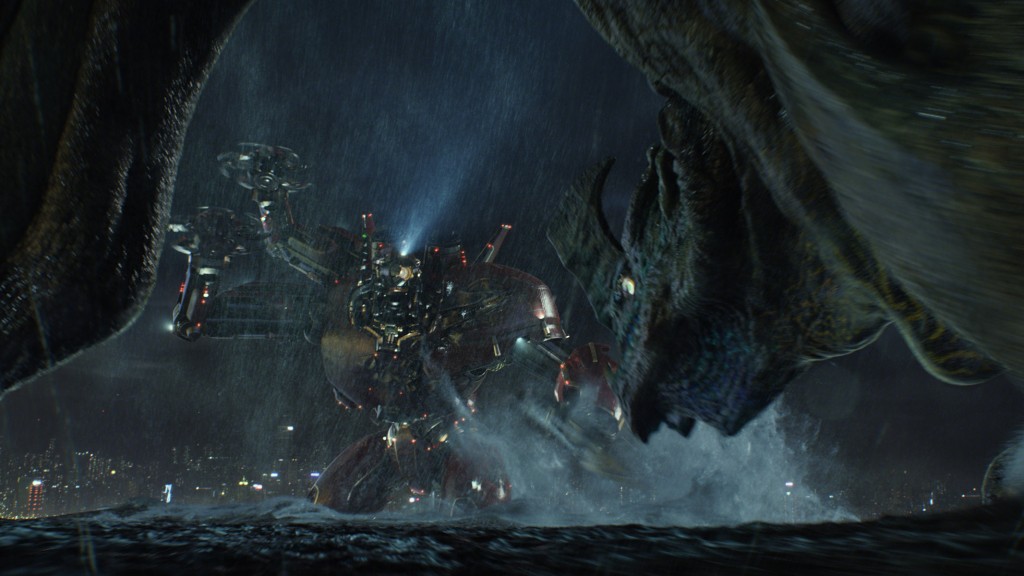