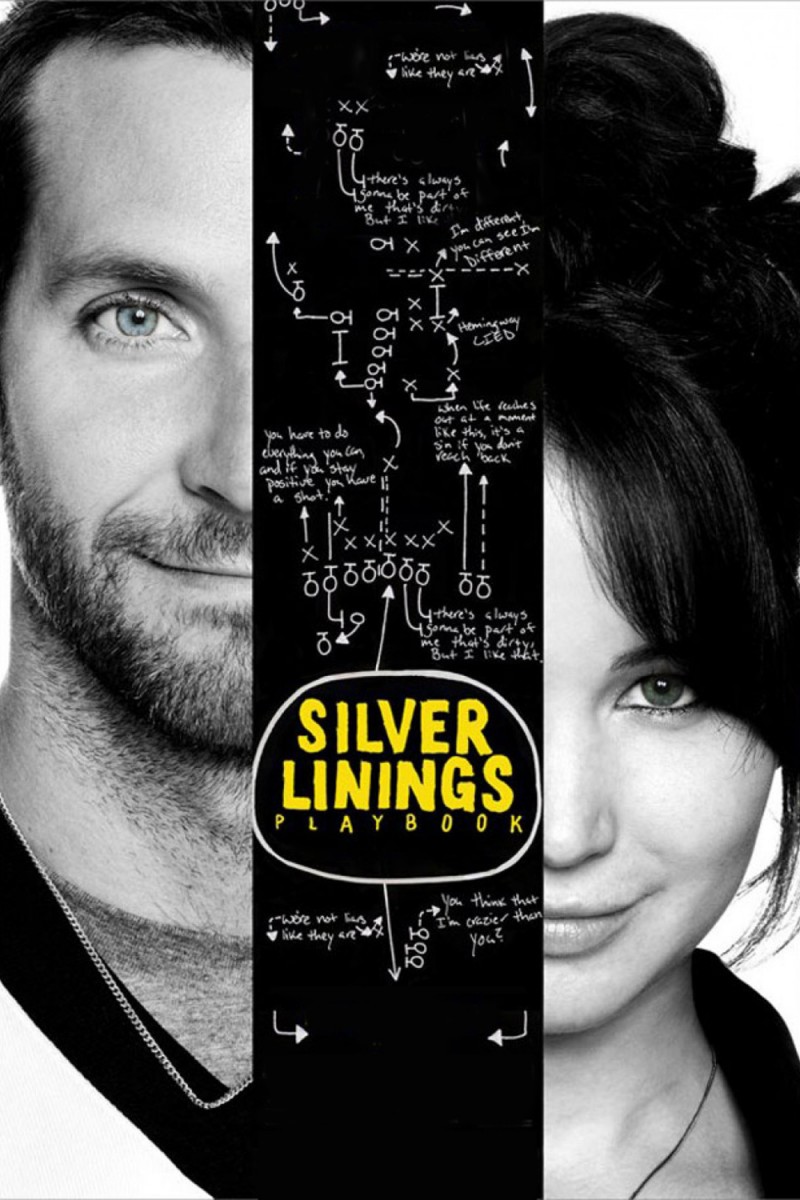 Silver Linings Playbook is about two troubled people (one with a borderline personality, one an emotionally wobbly widow) who end up orbiting each other. Will they be able to help each other or even *gasp* fall for each other? No, seriously, take a guess.

SLP is an interesting movie. Or rather, two-thirds of an interesting movie and one-third of a generic romantic comedy. It spends a good long time building up nuanced, troubled, believable characters (even the ‘sane’ characters turn out to be a bit kooky) and then suddenly decides to chuck realism in favor of an all-out upbeat ending. It ends up as one of those movies where the camera rotates around a kissing couple to signify the passion and intensity of the kiss. It’s a shame that the first, more realistic part of the movie makes it hard to believe that all problems have been resolved, as the ending wants us to believe.

Is the movie worth seeing? Well, yes. The performances are great, especially those by the leads. Apart from being convincing as someone with borderline syndrome, Bradley Cooper is dreamy enough that I could watch him read aloud from a dictionary for two hours and still not nod off. Jennifer Lawrence seems a little young to be paired up with him, but then that’s the way Hollywood likes it. And her performance easily makes you forget about the age gap, as there is more than enough chemistry to bridge it.

Speaking of chemistry, it is a bit suspicious how drugs seem to be the silent heroes of the film, used to fabricate the happy ending. And it is odd how drinking two glasses of Wodka doesn’t impair someone’s ability to dance. Alcohol apparently disappears right out of your body when a script calls for it. But then, that’s a silly romantic comedy for you. If you can roll with the switch from fairly realistic dramady to romance-fixes-everything (as most people on the IMDB seem able to) then Silver Linings Playbook will leave you with a big smile on your face.