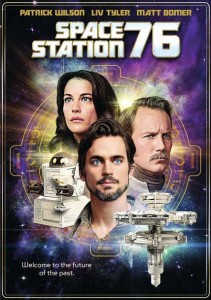 I consider myself a fairly ‘typical’ viewer. By which I mean that I tend to find myself agreeing with the professional critical consensus on a book, movie or film. (Rather than the popular one, which tends to get distorted by rabid fans on one side and equally rabid haters on the other end.) Personal mileage can vary of course, but it is rare that I find myself really enjoying something that – according to most critics – sucks. Space Station 76 is such a thing.

The movie is a loving pastiche of scifi from the sixties and seventies, sporting some impressive retro styling and understated but modern special effects. It introduces us to the crew of the titular space station through the eyes of new arrival Jessica (Liv Tyler). A she will discover, the people on board have their share of issues. And Jessica has some of her own to add. Though the size of the station and the extras milling about in the background indicate that there is a large crew, the story focuses on just a few of them and makes them feel isolated and alienated. Some of their problems are timeless, such as cheating and the tribulations of parenthood, some have consciously been given a dated feel. Being gay is a shameful secret in this retro-future and emancipation is only just starting to be a thing. This is a future in which smoking around babies is no big deal and fashion shows are best viewed on stereoscopic slides with a cutting-edge plastic viewmaster.

I can see how this movie would turn people off. It walks a fine line between being funny and being poignant, trying to engage your emotions while also going for the occasional cheap laugh. The cast is game, playing it mostly straight – even some of the more absurd bits – and going slightly camp when a moment calls for it. Like the space station itself, the story moves slowly and doesn’t really end up getting anywhere surprising. You have to be fond of the kind of movies that Space Station 76 pokes fun at and you have to allow yourself to get enveloped by its weird mood and funky synth music. Seeing it in the dark on a big screen is definitely recommended. Fail to tune into its frequency and you will be left with a boring slog through phoney-looking sets that goes nowhere. The movie could have used more sting in its tale, but I couldn’t help but be seduced by it. 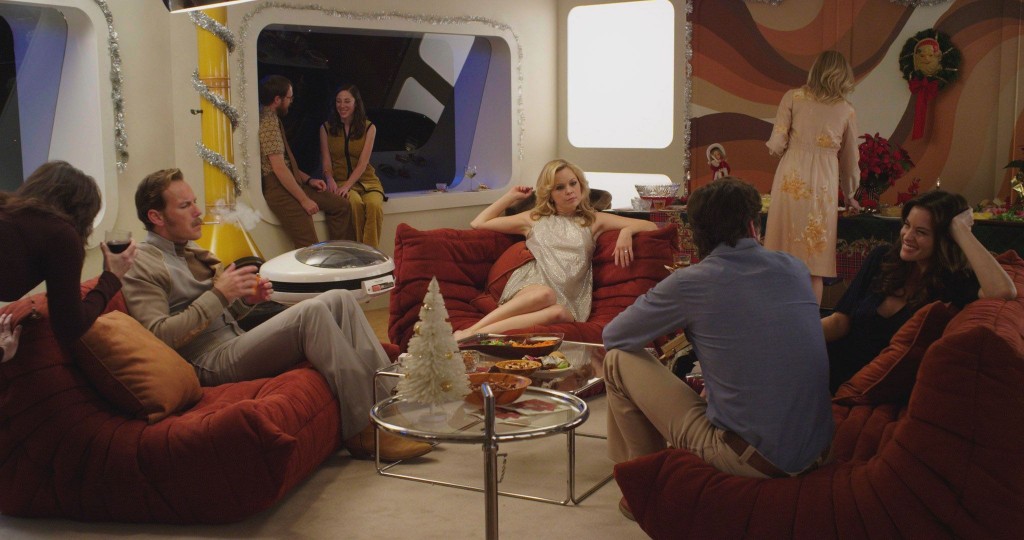