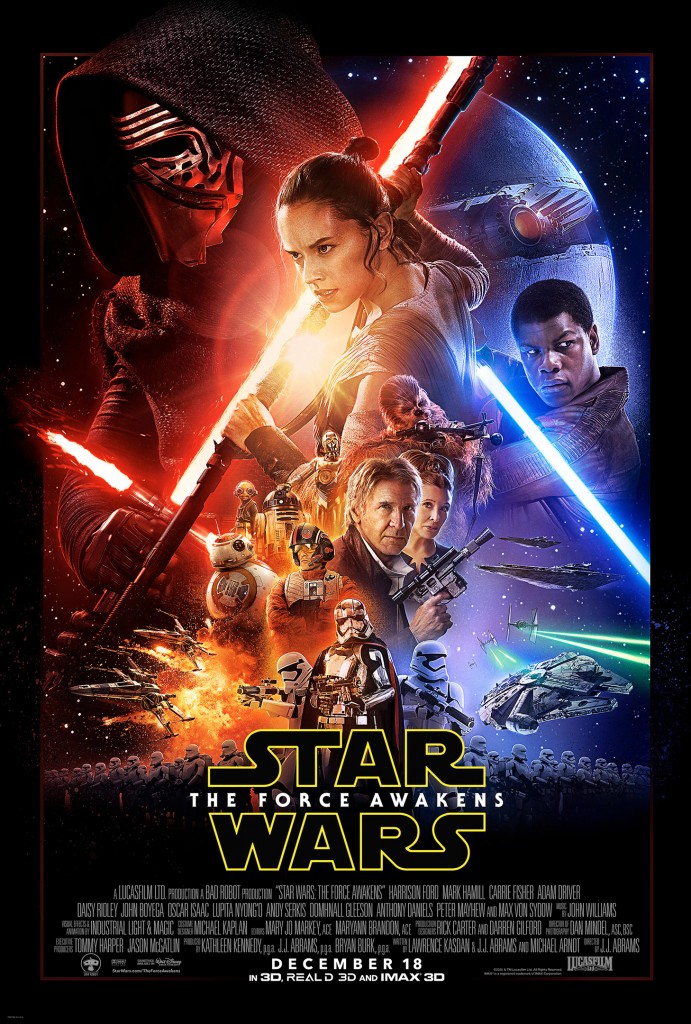 There are no happy ever afters, as long as someone can think of a new story to tell. The heroes from the original trilogy were last seen celebrating at the end of Return of the Jedi, but it turns out that they have had a pretty rough time of it since. It is necessary to the plot, because happiness doesn’t generate much drama, but it makes the return to the Star Wars universe bittersweet. It also takes away from the original victories. There is still a big, bad bully and the Jedi have not only returned but have left again in the intervening years, leading to a situation not unlike the one before Return of the Jedi, be it with mostly new players.

I won’t go into further detail about the plot or characters, as that could easily spoil the movie. Suffice to say that you will see some of the original cast and that the new characters, played by Daisey Ridley, John Boyega, Adam Driver and Oscar Isaac skillfully take over the baton. Especially the first two easily carry large parts of the film even without the assist of the old guard. They’re aided by great special effects, a rousing score, a savvy script and charming dialogue.

J.J. Abrams pulled off a neat trick with the reboot of Star Trek, using an alternate reality to set up his new sandbox, without tainting the old one. With The Force Awakens, he succeeds once again in re-establishing a universe for many movies to come. Everything about the film breathes classic Star Wars, in a way the clunky, awkward pre-sequels never managed to. You can happily pretend those movies never existed. Midi-chlorians have been benched and will likely never be heard of again. The pseudo-science has been taken out of the pseudo-mysticism and the franchise is all the better for it. All the props, locations and aliens seem to logically flow out of what came before. Computer graphics, practical effects and miniatures form a nearly seamless whole. 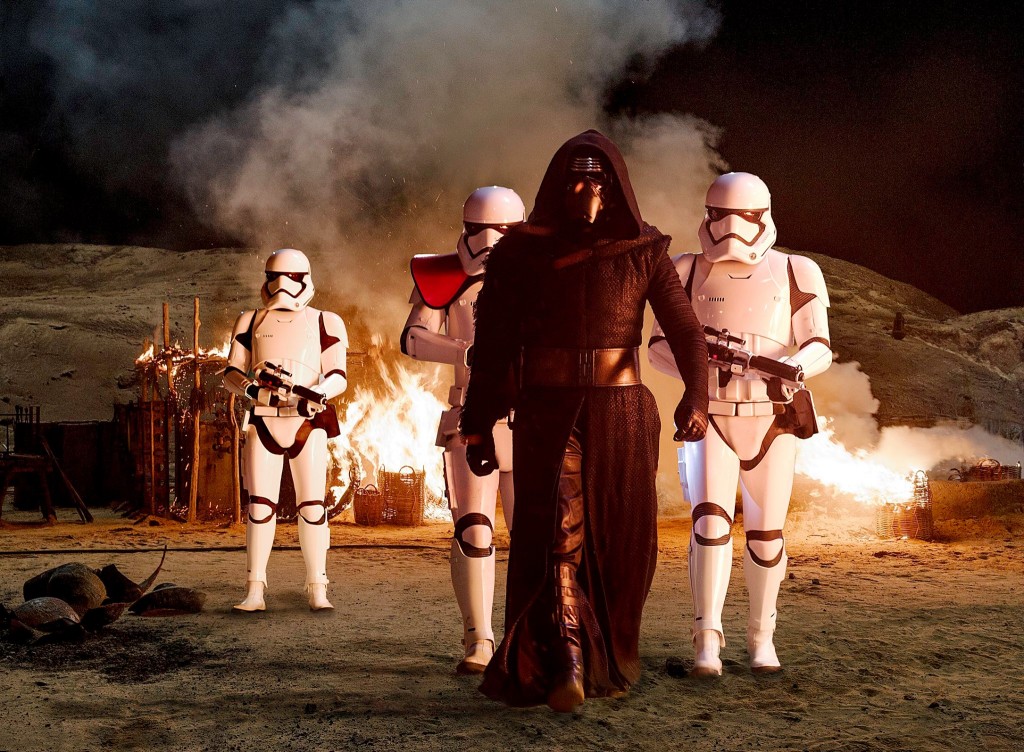 There is an instant feeling of familiarity, which works to the movie’s advantage for the most part. But the familiarity also extends to the movie’s story. It feels like someone took all of the plot elements for A New Hope, threw them in a blender and reconstituted the new script from the results. Many story beats and the overall structure strongly reference the original. There is sometimes a bit too much of a distracting echo of the first movie. 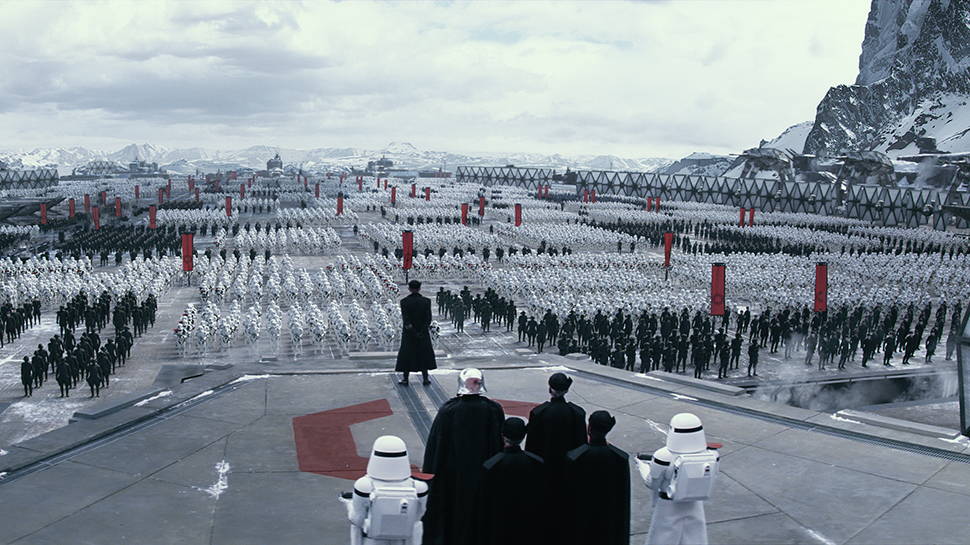 A minor nitpick, but not a new one, is how small the Star Wars universe feels at times. People frequently bump into each other for no particular reason other than plot convenience. And troubled family relations are still very much a staple as well. Assuming main players aren’t related to each other in complicated ways, you can lay equal odds that there will be a mystery regarding their past and/or lineage. A family counsellor could really clean up in this ‘verse. Home is where the massive complications are. Another nitpick is that technology functions in vague but convenient ways. It is easily manipulated and ill-defined, again to suit the needs of the script. 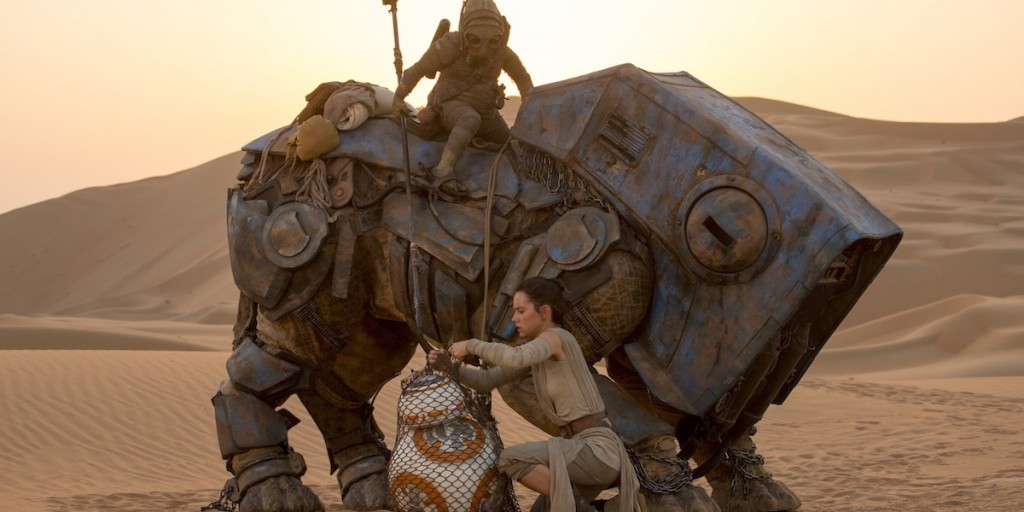 But enough with the niggles. The Force Awakens is in the end a roaring adventure that easily carries you along on a tidal wave of charm and action. It casually references a lot of preceding events that will no doubt be detailed later in books, comics or spin-off movies. It clearly sets up the next film and leaves you with an idea of where it could be headed. The vast majority of the record-breaking amount of people who have seen the movie will be all too eager to climb back aboard.

I lost my big passion for Star Wars years ago. I was enthused about the first run of ‘official’ novels – which are now no longer ‘cannon’ – but bailed on them as they grew more convoluted and got further away from the source material. The Force Awakens didn’t turn me back into a rabid fanboy, but it has reignited something that I thought was gone. You could say it awoke some kind of force. And then someone would punch you in the face.