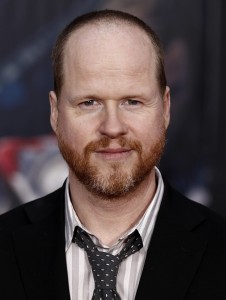 Before I start this review in earnest, I need to confess to something: I am a Whedonite. A follower of The Whedon and all things Whedonesque. Who is this Whedon, you ask? Oh, you silly agnostic. He is Joss Whedon, the semi-deity who created Buffy the Vampire Slayer, spin-off Angel, the two short-lived series Firefly and Dollhouse and Dr. Horrible’s Sing-Along Blog. More recently he wrote the post-modern horror movie The Cabin in the Woods and directed some of his favorite buddy-actors in Much Ado About Nothing. Hallowed be his scripts. I am not following blindly however. I have to admit that I never quite swallowed the basic concept behind Dollhouse, for instance. (Why would you implant personalities in people when it would be easier to hire an expert for whatever task was at hand? And how were clients finding the Dollhouse, if it was so top-top secret that even government organizations couldn’t track it down? But I digress.) And I do have to admit that his characters tend to share one ‘voice’: they pretty much always have a quick wit and a snappy turn of phrase. But though a world full of cunning linguists doesn’t quite jibe with reality, it does make for very entertaining and quotable viewing. 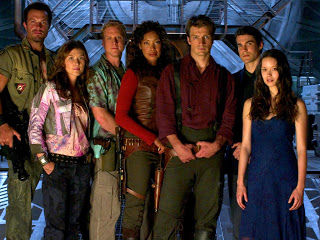 He has had somewhat of an odd career, worshipped by a considerable if not huge amount of people but waylaid at crucial points by tv executives (who summarily executed his most loved project Firefly long before its time) and by movie-producers manhandling his drafts of scripts (as with Alien Resurrection and X-Men). On the basis of quality, his massive movie breakthrough should have been the scifi movie Serenity, which somewhat unusually wrapped up a story started in a tv-series (Firefly again), but could also be enjoyed as a stand-alone. It was everything the new Star Wars movies should have been but weren’t: funny, smart and full of interesting characters. Alas, it didn’t do so well at the box office, despite fanatic support from fans. A movie based on a failed tv series without major stars was apparently too hard a sell, Whedon attached or no. 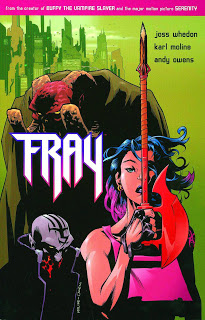 I am not sure how he ended up writing the screenplay for and then directing The Avengers, but looking back on it, it makes oodles upon oodles of sense. Whedon is a confirmed pop culture nerd and has experience working on comics, writing and plotting for titles such as The Astonishing X-Men, Runaways, the comic book sequel to Buffy and his own creation Fray. He is great at bringing the funny, at fantastical stories and at juggling a lot of characters without short-changing any of them. He also know how to nail the core of a character with just a quick scene or two and a minimum of inelegant info-dumping, a big plus in the fast-paced superhero action-genre. And he has experience shooting a technically complex movie. Without him, The Avengers could easily have turned into one of those flat, boring exercises in kinetic energy along the lines of the truly bad Transformers sequels. 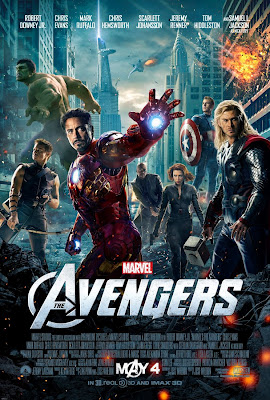 Despite the movie being nearly two-and-a-half hours, it never bores or feels long. Action sequences and character moments alternate and even merge with impeccable timing and when the superlative and destructive finale rolls around, you are invested in the mayhem because you like and feel for the characters who got caught up in it. Though all of the Avengers get enough attention, Iron Man clearly comes off best. This is not surprising, given that Robert Downey Jr. does well with fast and witty dialogue (also see his stint as Sherlock Holmes) and Joss Whedon loves to write it. Iron Man and members of the team who already had their backstory told in a previous movie, get a quick recap sneaked in and some extra character development, but nothing major. The movie properly introduces Black Widow (who had a supporting role in Iron Man 2) and arrow-slinging Hawkeye. I wouldn’t be surprised if a prequel giving us the alluded-to backstory on these two is already in the works. Mostly the film delights in having its cast of superpowered heroes bounce off each other (sometimes literally) and ultimately forming a team.

That’s not to say there are no weak spots. The bad guys are a bit *shrug*. Loki (imported from the Thor movie) admittedly makes for an entertaining baddie, even if the details of his plan remain somewhat vague. But his alien collaborators lack personality and don’t evolve beyond a visually pleasing narrative device needed to get the action going. But then, in an already long movie overstuffed with personalities, short-handing the bad guys’ evil scheme was the right call. This movie is about the team rather than the threat-of-the-day. And within its fantasy-action framework, the movie manages to be fairly believable. Ultimately, the only time I really rolled my eyes at something was when the Hulk turned out to simply need a pep-talk from Iron Man to get his transformations under control. But this was more than compensated for soon after by a short and mostly wordless scene in which the Hulk confronted Loki in his own unique way, which actually left me giggling helplessly in my seat. (Whedon is also known for setting up a scene in one way and then turning it on its head to surprise you or make you laugh, subverting your expectations.) 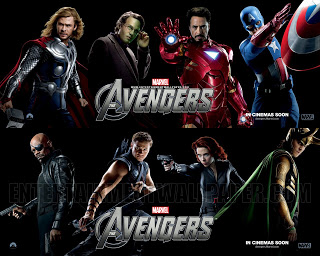 This team-movie does an impressive job of tying together the previous solo-movies without it seeming forced; it’s a neat trick that hasn’t been done before. Where the franchise goes from here will be interesting to see. And it will definitely be going somewhere as the movie is already close to becoming the highest-grossing movie ever. In the comics, there are various heroes on the roster who occasionally get switched out to shake things up and create a new dynamic. I foresee some members getting more solo-movies (Hawkeye & Black Widow, please) and a new member or two being added to the inevitable The Avengers sequel. For instance – both Spiderman and Wolverine were part of the team at some point in the printed universe. Iron Man, Spiderman and Wolverine, now there’s a combo I am sure Joss Whedon would love to write for and one that I would love to see.

PS: I have mentioned before that I don’t like extra scenes added at the end of the credits, which require you to hang around until the people coming in to clean for the next showing start giving you judgmental looks. (“Oh right, you’re one of those sad, completist nerds who keep informed about these things.”) A lot of the previous Marvel movies were guilty of this. However, it’s even worse when there turns out to actually be no extra scene. I duly stayed behind because I’d read that after the mid-credit bonus scene, there would be a second bonus scene at the very end. But alas, ‘my’ copy lacked this scene. (But at least there’s YouTube to show me the excitement I missed.)

2 Responses to "Movie Review: The Avengers"