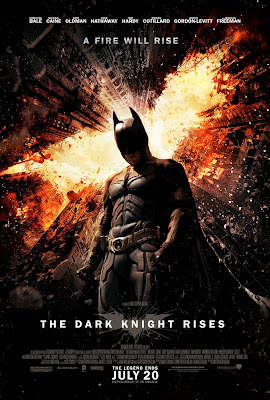 The Dark Knight Rises is the last movie in a trilogy, a series directed and crafted by Christopher Nolan. His take on the Batman legend was to make it gritty and semi-realistic, even if the situations and characters were larger than life. He made it seem psychologically plausible that a kid orphaned by crime would be motivated to spend his adult years running around in a bat costume battling dastardly villains. But the problem is that the grittiness clashes with some of the more outlandish elements of the plot this time around, making the weak spots hard to miss.

Realizing that the finale needed to be bigger in scale to meet inflated expectations, the evil scheme concocted by Batman’s adversary is truly grandiose, unlikely and riddled with plot holes. It just seems the writers didn’t really think things through or skimmed over certain bits in the hope people wouldn’t notice. Among other things: there is an ill-conceived prison, a miraculous healing (actually, make that two at minimum) and there is a chemical that degrades in such a predictable, linear manner that a big, glowing timer can predict to the second when it will suddenly turn catastrophic. This process is also explicitly noted to destabilize the substance progressively, but it stays surprisingly inert while being knocked about with vigor right before the aforementioned catastrophic moment.

All this is not to say The Dark Knight Rises is a bad movie. (I wouldn’t want to get death threats from dangerously fanatic fanboys.) It’s a bit too long but entertaining throughout and a cut above the standard summer blockbuster fare. The attention is spread nicely among a large and capable cast, Batman not even being on screen all that much. Michael Caine (Alfred the butler), Gary Oldman (Commissioner Gordon) and Morgan Freeman (Lucius Fox) all reprise their roles with enthusiasm and Joseph Gordon-Levitt and Anne Hathaway are game as a capable cop and a charming but duplicitous Catwoman respectively. Matthew Modine pops up and had me realize that I would really like to see him in a movie again, but that his character is entirely superfluous in this one. Tom Hardy makes an interesting vocal choice for his imposing muscleman of a villain, sounding like a posh English bloke. It teeters on the edge of ridiculous but works in that it sounds a bit creepy. Covering up his mouth may be in line with his comic book design and serve as a plot-device, but seems like a mistake to me: he can only emote só much with just his eyes. Christian Bale dials back his infamous gravely Batman voice and is fine both in costume and as Bruce Wayne, even if he seems to lack charm as the latter.

I was somewhat disappointed with the movie, but I think that was just because my expectations were too high. I was hoping it would be a classic, trumping the previous two movies and going all out, because a reboot seems likely after this trilogy in any case and Nolan had the opportunity to craft a definitive ending to his Batman saga. That the plot didn’t hang together all that well was an unexpected hitch. Admittedly I should have expected it, as I have heard people point out that the previous two movies also weren’t perfect in this regard, featuring plot holes I missed on first viewing. However, this time there was no missing them. The movie also didn’t flow as well as it could have by cutting some unnecessary scenes involving fringe characters and giving the villain(s) a less anti-climactic exit. I am curious to see if the next Batman film picks up on the interesting way The Dark Knight Rises leaves things or will be a straight-up reboot as happened with the Spiderman franchise. As long as there are no nipples on the Batsuit, I’ll be there to check it out. 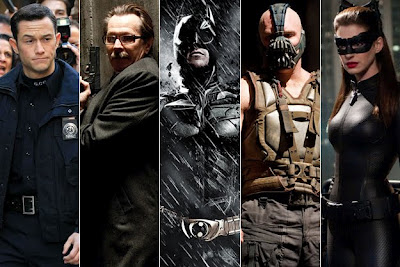