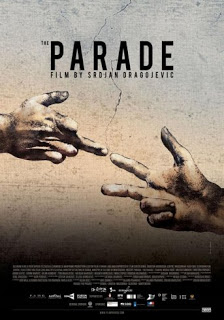 The Parade is a Serbian tragicomedy about a homophobic gangster who, through a series of unlikely events, ends up having to protect the first attempt at a Gay Pride parade in Belgrado. It won Best Feature during the Roze Filmdagen (a gay film festival) in Amsterdam in 2013 and deservedly so. It is both a farcical buddy movie and a call to arms and it manages to balance these two elements skillfully. There are stereotypes all around, from boorish straight blokes to screechy queens, but as everyone operates on the same level of comical exaggeration, it works. The characters are sympathetic and there is genuine heart in the way the little group that will be in the parade bonds with their reluctant bodyguards.

It’s sad that the movie had to end with a turn for the dramatic, as so many gay-themed movies do, but the intent here is clear: the makers mean to make you angry. Generally speaking, Eastern Europe is still a shitty place to live for lesbians and gays. The scenes in the movie depicting ruthless homophobic violence and blind hatred are chilling. Watch The Parade; you’ll laugh, you’ll cry and then – hopefully – you’ll realize there’s much more work to be done for gay rights and contribute to the fight in whatever way you can. 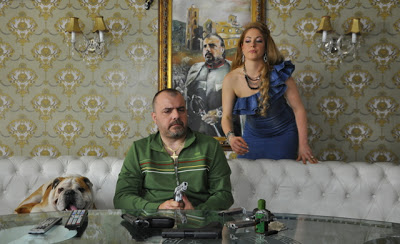