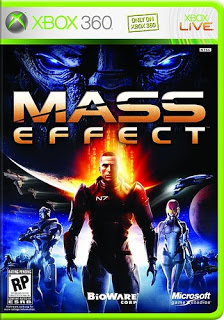 I have always been fascinated by interactive storytelling. I remember being a big fan of the Fighting Fantasy books by Steve Jackson and Ian Livingstone as a wee tyke. These fantasy or scifi-themed books would allow you to choose your own adventure, along the lines of: ‘If you want to check out the spooky hovel on your left, go to page 235. If you would rather head into the ominous cavern on your right, go to page 42.’ Looking back on it, it was pretty much just a paper version of the text adventures you could play on your pc. You’d be running around on a lofty mission with death lurking around every corner: a bad choice, a bad roll of the die, or just plain bad luck could have you flipping back to the last page you remembered going to before you ‘died’ (for this reason, I kept a meticulous cheat sheet with all the pages I’d visited). There were several endings for each adventure, both good and bad. At some point there was even an adventure which featured two books that crossed over and could be played with a friend. That sort of interactive complexity totally blew my mind.

If I had come across Mass Effect at that point in time, I think I might have died of shock. Mass Effect is a computer game trilogy of which the first two parts have come out so far (part one in 2008, part two in 2010). They aim to tell a complete story – a space opera in which you save the galaxy quite a few times – spread out over all three games. Unique is that you can carry over your self-modeled character from one game to the next and that the choices you make in one part of the story affects how the story will unfold in the sequels. Games with multiple endings and meaningful choices are nothing new, but in combination with the sheer size of the universe and the amount of malleable characters in it, it can’t fail to impress: it’s interactive storytelling on a massive scale. Interesting is the amount of optional story spread all around. You can talk to any number of people (or aliens) with interesting things to say, deepening the world around you. Or you can ignore most of that and just shoot things. 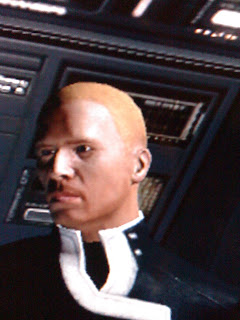 Admittedly, I have found that in reality BioWare (the company behind the games) cheated a bit: no matter what choices you made, you will end up ultimately in the same set-pieces with changes (major or minor) to dialogue and cut-scenes. Game 1 (minor spoiler) makes you choose between two team members: one lives, one dies. In game 2 you have a scene with the surviving one, but on a grander scale, it doesn’t matter much which of the two made it there. The attitude and dialogue options you get from certain characters may vary, but not in a very consequential way. And the main set-up for the second game, regardless of what happened in part one, is fixed: get enrolled by a morally dubious organization, gather team for vital mission, gain loyalty of team members (optional), upgrade ship and team (optional) and lead them on said ‘suicide’ mission. You can do all this following the way of the Renegade (a ‘goals justifies the means’ bad-ass) or as a Paragon (a morally upright goody-two-shoes): the difference is mostly in the dialogue, not in the follow-up. However, if you left certain characters – minor or major – alive in the first game, you might come across them in the second one and have a chat. They will ‘remember’ how you handled them during that first encounter.

If you skip the upgrades and loyalty missions, things will end badly, so although this is optional in theory, you sort of have to do both. But then, rushing through the game would be missing the point in any case: the emphasis on story and immersion is what makes Mass Effect special. The game tries to make the main missions have an urgent feel to them – the clock is ticking for the universe after all – but somewhat counter-intuitively, you have to ignore that push in the back and take your time to bounce from one side-quest to the next as much as you can, until the next ‘main story’ mission ends up being the only thing available to you. Given how rich the created universe is, the action parts can come off as filler in-between narration. There’s enough variation to keep you entertained, but the ‘beats’ of a mission tend to be the same: bits of story in between moments when you end up in large spaces with a puzzling amount of stuff lying around for no other apparent reason than to serve as cover for you while you fight off various baddies. End with a slightly larger confrontation and an emotional climax, then on to the next mission. A lot of the fun is actually in the random detail, such as overhearing ridiculous conversations, buying a pointless ‘space hamster’ or giving a ringing celebrity endorsement to every single store on a space station for a little discount until you hear your voice echoing everywhere: ‘I’m Commander Shepard, and this is my favorite store on the Citadel!’

Mass Effect has run-and-gun as well as RPG elements to it. The first game required a lot more inventory and ‘stats’ management than the second one does. As an adult with limited time, I greatly appreciated the boiling down of the concept to just the best bits: characters, action and adventure without too much micromanagement. I also appreciated Mass Effect gaining more of a sense of humor in the sequel, after the slightly too clinical part 1. The third one will apparently follow the same approach as part 2. I hope that the total of decisions you made in the first two games will have a bigger impact this time around. Ideally, not just the cut-scenes and dialogue but also the set-pieces leading up to the big climax(es) will be variable. However, I have a feeling that the tight production schedule of games would preclude the development time needed to make two essentially different second-halves for Mass Effect 3. In any case, it will be at the top of my to-buy list. While I appreciate the slightly geekier, RPG-driven sprawling stories and the atmosphere of a choice-heavy game like Fallout 3, Mass Effect 2’s sleeker, more polished approach to epic storytelling is – for me – the direction more games should be heading in. Should you dive in, make sure you start with the original Mass Effect though: things heat up in the sequel, but it’s just a waste to miss out on the beginning of this continuing story.