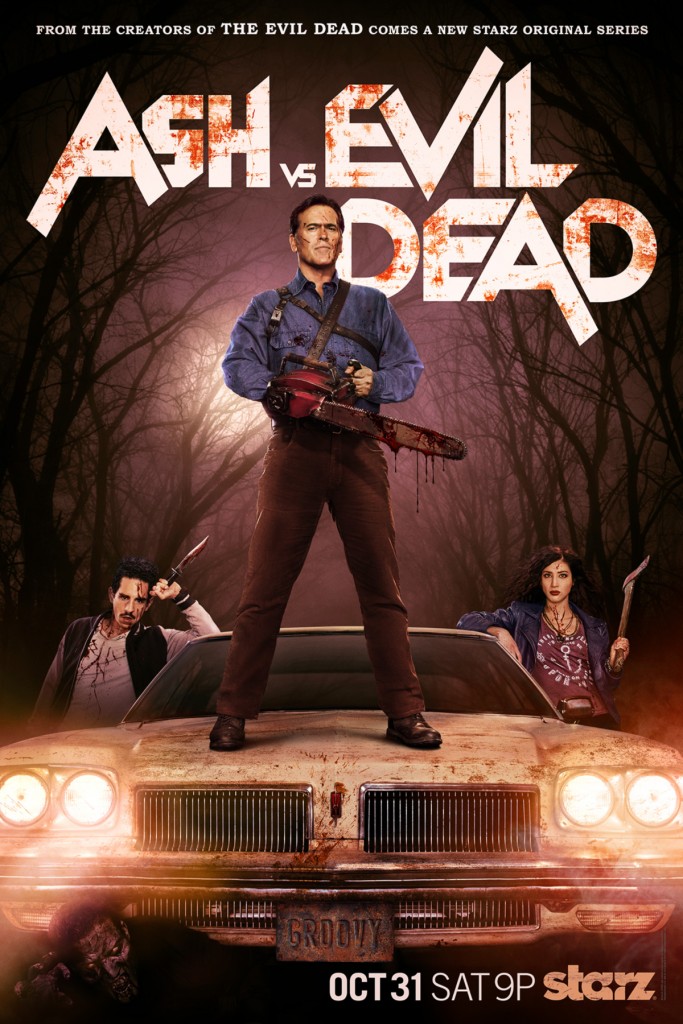 Weird camera angles, crass humour, slapstick and self-aware, campy, over-the-top gore. Welcome to the Evil Dead universe. If you object to any of the previous, you may want to skip Ash vs. Evil Dead. It is an odd concept, a tv-sequel to three horror movies, the last of which (Army of Darkness) came out in 1993.

The inimitable Bruce Campbell returns as “Ash” Williams – an anti-hero if ever there was one. He is a selfish womaniser, who isn’t really good at anything apart from fighting the titular Evil Dead. (Although they’re actually called ‘Deadites’ within the series.) When Ash is irresponsible enough to unleash Evil on the world, it is up to him to fix his mistake. So right off the bloody bat, he is actually to blame for anybody who dies along the way. Two people soon join his posse, namely Pablo (Ray Santiago), a goodhearted kid with a distinctly Kramer-from-Seinfeld hairstyle, and Kelly (Dana DeLorenzo), an assertive sort who is not afraid to speak her mind and likes to kick some ass. They don’t just have to contend with Evil nipping at their heels but are also pursued by the enigmatic Ruby (Lucy Lawless) and misguided state trooper Amanda (Jill Marie Jones). 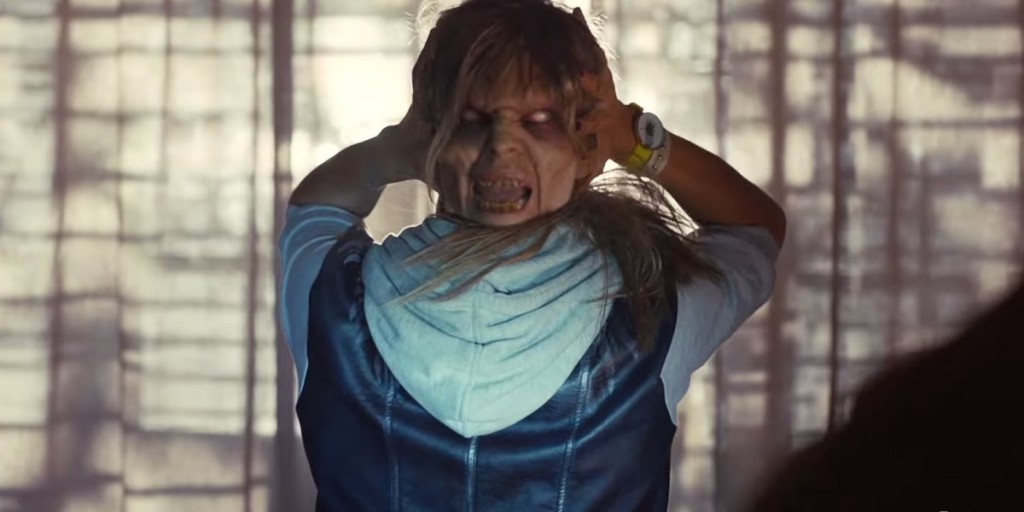 There are major lapses in logic you’ll have to be at peace with to enjoy this series. What the Evil Force can do and can’t do seems to be random. For instance, it can go after our heroes and possess people around them but for some reason does not possess the heroes themselves. And when they end up at the mercy of a possessed house at some point, the house is also deadly or slacking depending on the needs of the script. On the plus side, the scripts are joyously rambling things, not afraid to deal out gruesome deaths even to innocents and eager throw in some interesting twists. The tension here is less ‘what will the Evil Force do next’.  And more ‘what will the writers think of next’? One-upping themselves is indeed necessary, as you can only take apart a Deadite with a chainsaw and spray everyone with fake blood a few times before the novelty wears off.

The series is better at gore, comedy and slapstick than it is about keeping us emotionally invested. The characters don’t take all the deaths around them too hard. Understandable, as the story needs to keep moving right along, but it does make the heroes seem a bit callous, especially when they start to crack wise right after someone has been slaughtered. Also, there is a romantic u-turn by someone at the midpoint that seems out of the blue and is jarringly wrongheaded. It sucks the believability right out of a character who was already borderline superfluous. 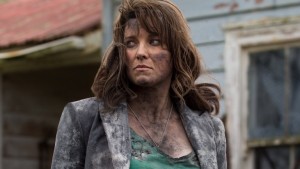 Making the ten episodes half an hour long was definitely the right call. A lot of the episodes have an efficient set-up with the situation-du-jour being resolved by the end. It keeps the chapters punchy and keeps the nonsense moving at a fast clip. Considering how much the season builds towards the finale, it’s disappointing that it seems more interested in setting up a second season than paying off what happened in the first. A very early renewal likely played into this, nixing a more satisying ending. 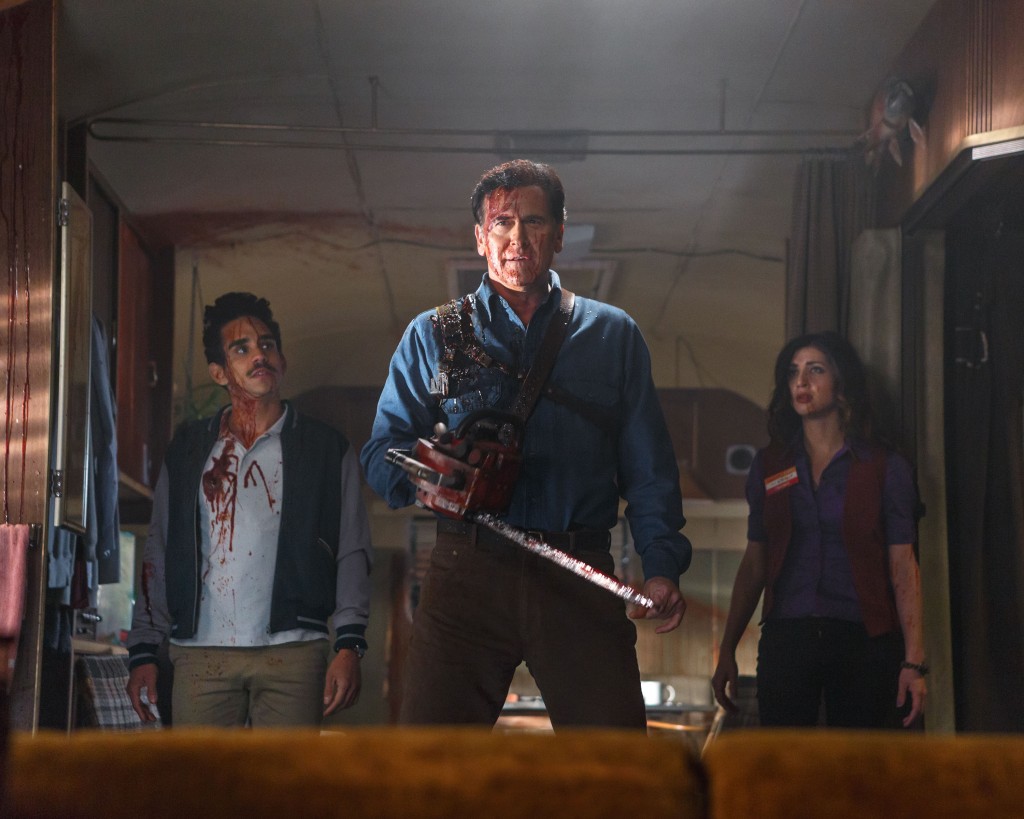 It is all a bunch of malarkey, but gloriously so, despite my nitpicks. And it seems like everyone involved is having a blast making it. It succesfully recaptures the anarchic literally to-hell-with-it spirit of Sam Raimi’s original Evil Dead and something equally trashy and insane as Peter Jackson’s Braindead. In a tv-landscape full of muted colours, Ash vs. Evil Dead stands out like a bright red stain. It’s a refreshing gulp of chocolate milk with red dye.