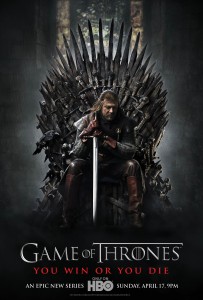 Bad things happen to good people in Game of Thrones. Frequently and sometimes fatally. But then, bad things happen to bad people too. In summation: a whole bunch of bad things happen to a whole bunch of people in Game of Thrones. You can’t help but worry for almost all of its extensive cast. There are some for whom death seems deserved, but also plenty of sympathetic people meeting a miserable end. The fact that stakes are high, and that the lives of interesting characters are often at risk, is one of the big draws of the series and of the books the series is based on.

Game of Thrones is a soap about a power struggle, seemingly set in Medieval times, though there are increasingly more fantasy elements thrown in as the tale progresses. Here there be zombies, witchcraft and dragons. Various families a.k.a. Houses from differents regions of the land of Westoros have their eye on ‘The Iron Throne’ and want to be the one to sit in it and rule everybody. This game of musical chairs is bound to end up badly for most of the players, there just being the one chair. Meanwhile ‘winter is coming’. Dark times are surely ahead, as a huge army of ice-zombies slowly advances on Westoros. And when I say slowly, I mean that four seasons on, they have only just about reached the border. 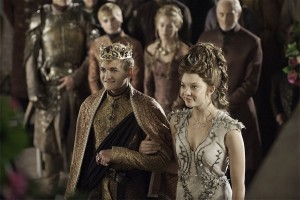 The series is based on a slowly written series of books, the last two volumes of which are still underway by R.R. Martin. And when I say slowly, I mean that the television series is likely to overtake him and wrap up before the final book even comes out. Though it seems like both the books and the series will be heading towards the same ending, they may end up taking different routes to get there. But then the same has been true for the story so far. In the series, certain scenes were reframed, shuffled around in time and characters have merged or have been left out. Not having read the books, I can’t state if this is a good or a bad thing overall. 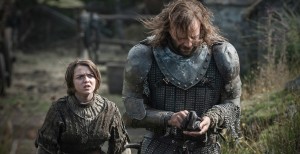 The series is well-produced and, for the most part, well-acted. There is a bit of wood there, but no so much that you can’t see the forest for the trees. Overall, the most popular characters for the moment seem to be the young and feisty Arya Stark (Maisie Williams) and the sardonic but vulnerable Tyrion Lannister (Peter Dinklage). With especially Dinklage being the coolest guy in tv-land. But the main draw here as well as with The Walking Dead, is that you can never really be sure who is headed for the chopping block. Readers of the books may know, but people are surprisingly well-behaved online and spoilers are easy to avoid. Maybe they want viewers to be just as surprised and traumatised as they were. At least the actors in Game of Thrones can cheat and find out through the books when their time will be up. 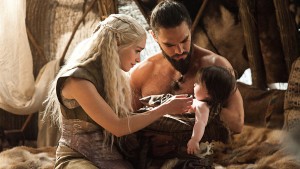 It will be interesting to see how the series ends. There are so many characters in this sprawling narrative to care and worry about – or to hate – that reducing it all to an even somewhat tidy and satisfying ending seems like a tough thing to pull off. There has been talk of capping off the series with a movie, but this seems like a bad idea unless most of the large amount of subplots have already been resolved by then. Supposedly, R.R. Martin knows exactly how the story will end and he has shared the info with showrunners David Benioff and  D.B. Weiss. It’s comforting to know that the journey may be full of curveballs and u-turns, but that the final destination has already been decided. Even though it’s entirely possible – quite likely, actually – that at the end of this violent and gripping journey, it will all end in tears. 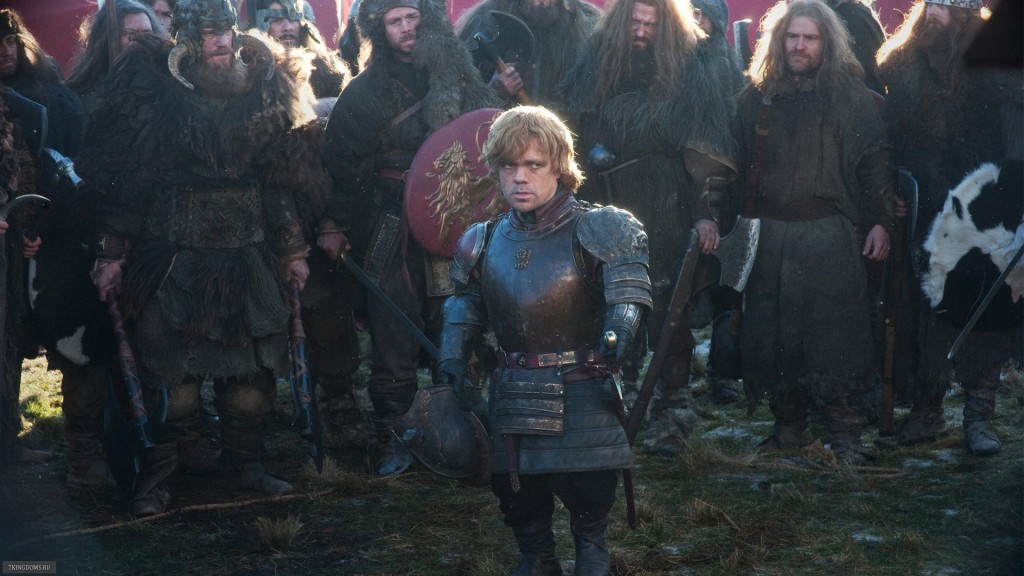