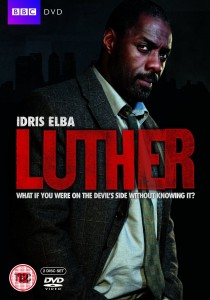 Idris Elba has been working his way up through Hollywood lately, gracing Prometheus, Pacific Rim, Thor: The Dark World and Mandela: Long Walk to Freedom with his presence. But apart from a breakthrough role in The Wire, he is best-known for his portrayal of Detective Chief Inspector John Luther in the crime series Luther by the BBC. Tall but slightly stooped, hands in pockets, with a swagger in his step and a frown on his handsome and often inscrutable face, Elba managed to make Luther into a memorable character.

Luther is a dark and depressing series in which chaos can barely be held back, and then not without significant losses. Good intentions do end up, on occasion, paving the road to hell. Luther doesn’t hold himself to the letter of the law, but rather to the spirit of it. Firmly anchoring the series in a morally grey area is the tentative friendship he strikes up with pouty sociopath Alice (Ruth Wilson). Good as Elba is, Wilson threatens to steal any scene she shows up in and when they are on screen together, it’s electrifying. They form a bond with vaguely erotic overtones, which could be disrupted at any point by her striking like a viper, crossing a line, and putting them at deadly odds.

Alice is missed when she is away, and unfortunately she frequently is. The other psycho’s who pass through the series for an episode or two are indeed scary, as they favor random killing – meaning anyone could be their victim – and show how hard it would be to catch one. But these characters aren’t especially memorable, feeling like place-holders for the concept of Chaos more than anything. The focus is on Luther and his dark, personal entanglements.

The series suffers from believability issues. Sometimes, the lapse is obvious and momentary, such as when a killer pops up in the backseat of a police car. How he got there, is conveniently skipped over. It wouldn’t surprise in a slasher flick, but seems like a cheat in a quality production such as this. More broadly, the consequences of Luther’s actions are fudged. He gets away with quite a bit of unorthodox behavior at his work without getting fired. Presumably he is so brilliant that the police doesn’t want to lose him, but this doesn’t totally convince. It mostly feels like a get-out-of-jail-free card for the writer. (Neil Cross wrote all of the episodes, making for a consistent tone and something less generic than CSI and its ilk.)

Luther is tense and holds your attention, but is also a bit of a downer. Still, the third season ends on a high note. It’s unclear if there is more to come, and if it would be a movie or a series, a sequel, a prequel or a spin-off, but as it stands, it’s one of the better crime series out there. Its current total of 14 hour-long episodes are worth your time, even if the entertainment factor dips a little after the first six. 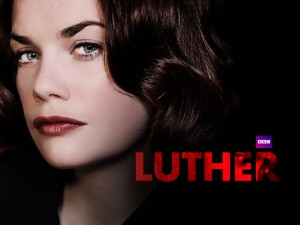