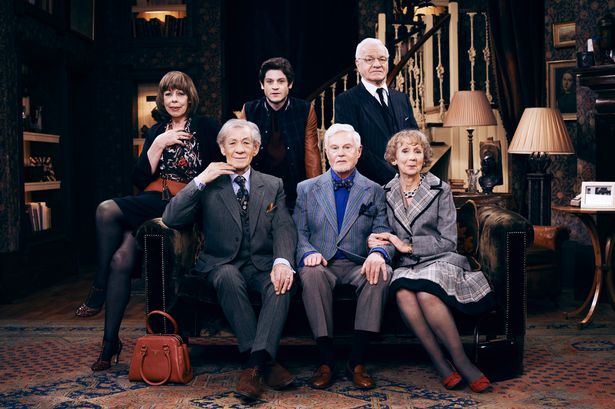 Vicious is a British sitcom, and it appears to be a treat that the main players gave themselves. These veterans of the stage clearly enjoy their roles. Sir Ian McKellen reportedly didn’t like all the blue-screen special-effects acting he had to do for his role as Gandalf, so it must feel great for him to get back to basics, in something closely resembling a play. He and Sir Derek Jacobi (Claudius, Cadfael) play Stuart and Freddie respectively, an elderly couple in the habit of verbally ripping into each other, though there is still love between them. Stuart has had a modest acting career and Freddie used to be ‘the pretty one’. They live in a nostalgic and slightly dingy apartment. Also part of the regular cast are Frances de la Tour as the couple’s desperately single friend Violet, Marcia Warren as an hilariously dotty, possibly somewhat senile friend and Iwan Rheon as Ash, a young, hot guy who becomes Stuart and Freddie’s neighbor.

Apart from the very polite Ash, everyone in the show is appropriately vicious to each other, either with intent or because of cluelessness. And if you like bitchy, it’s a no-brainer and a must-see. The main downside to the series is predictability, as the ingredients are pretty much the same each episode even if they’re combined differently. Stuart and Freddie attack each other, show a small bit of love, drool over Ash, poke at their never-moving dog to see if it is still alive and Violet drops by with some sad story to get ridiculed, also hitting on Ash with no self-awareness about how creepy that is. Why Ash keeps showing up even though he just tends to get caught in awkward situations is not clear.

British sitcoms seem to make a habit of this. There’s an interesting formula, but it is such a rigid one that it always seems on the verge of going stale, even though British seasons generally consist of just six episodes. Absolutely Fabulous fell into this trap, very funny at the beginning but fading as the comedic situations became overly familiar. Vicious has been renewed for a new season, to air in 2014, and I hope they’ll shake things up a bit. Although, let’s face it, watching these two Sirs play a pair of bickering old queens will never really get old. 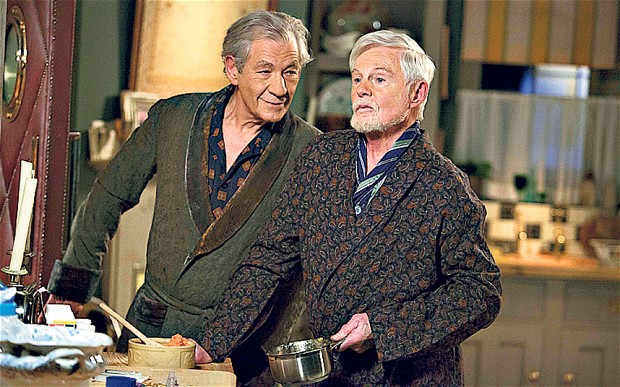