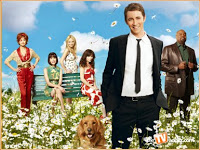 From what I’ve been reading, serial storytelling on television is once again on the decline. A lot of scripted shows saw sharp drops in their viewing figures when returning this season. Reality tv shows, or what passes for reality on the idiot box, rule supreme. Audiences can’t seem to get enough of fabricated conflict and people making a fool of themselves in a desperate bid for 15 minutes of fame. Producers are happy to cater to this need, as these shows are relatively cheap to produce. Shows that have episodes which are relatively self-contained, like those from the CSI stable, have been suffering less. These shows require no real commitment from the viewer: you can watch pretty much any episode and follow the main story without being lost and get a feeling of closure by the end of it, unlike when you watch one episode of – well – Lost, for instance.

So what caused this decline in ratings for serials? Most of the blame has been directed at the writer’s strike which took place about a year ago. Supposedly people felt betrayed by the sudden discontinuation or their favourite shows, or just lost interest in them over time. I think, however, that a growing frustration on the part of the viewers is the cause, and it goes back further than the last curtailed season.

My personal experience: once upon a time there were two new shows: Surface and Invasion. I gave both shows a chance, invested my time in them and grew to appreciate them, if not love them. I would have been fine with it if the shows had ended after that first season, but because both of them went out on a cliff-hanger, I felt betrayed rather than just disappointed: someone had just made me waste a lot of time watching a story without an ending or a real point. When the next batch of new series rolled around, I made sure to just tape the first few episodes of anything that seemed promising and check for rumours of cancellation before I started to watch them. This saved me from getting frustrated about The Nine when it was axed and made me pass on Drive, even though that seemed like a very interesting series, starring the deeply charming Nathan Fillion.

My point is: before viewers become invested in a story, they want to know that the people telling it will care enough about it to guarantee that there will be an ending. Due to the fickle gods of circumstance, the ending might be rushed or not the ending that was originally intended, but there needs to be a sense of closure. I don’t start reading a book unless I am fairly certain that the author will have a go at wrapping things up nicely in the final chapter. This can also take the form of an intentionally open ending like they used for The Sopranos or Angel (well, Joss Whedon has claimed that it was intentional in any case). Both the creators and the television studios are to blame for the frequent absence of a proper ending to serials. Creators want to draw people back for the new season or when there is a short hiatus and therefore prefer to keep their audience hanging. They might also figure that an unsatisfying ending is more likely to get fans rallying for renewal, should the show be cancelled. Unfortunately, they are probably right about that.

The television studios keep their eye one the financial bottom line: how much does this show cost and how much money is it likely to make us. Going by this reasoning, I am surprised that Pushing Daisies lasted as long as it did: very expensive to make by the looks of it and likely too quirky and whimsical to reach a very wide audience. The ‘throwing good money after bad’ attitude is understandable: profits have to come from somewhere. But I think that the decisions are being made by a confused industry which is forgetting about DVD sales and a possibility to monetise a series on the internet, by way of (legal) downloads. The studios only seem to look at the initial viewing figures, which are somewhat outdated and not a real measure of a series’ popularity anymore, factoring in the new media.

It seems to me that a series with closure, a story with an actual ending, has much more lasting value and is a lot more marketable than one that simply stops. Whenever I spot the DVD set of Invasion in a store, I can’t help but think that any buyer will feel duped and betrayed by the – lack of – outcome. I can’t imagine that the series would get a lot of good word of mouth these days: ‘Yeh, it’s kind of slow at the beginning, but then there is a nice build-up and then it is, like, you know, over.’ Therefore it puzzles me that not a little extra time and money is put into finishing the final chapter, making the product a much more marketable package after the initial television airing.

I can see that in some instances, such as with Drive, which barely made it out of the gate, this would be virtually impossible. But a show such as Pushing Daisies, like a lot of other serials, had a couple of ongoing storylines which could have been tied together with a bow given the budget for an additional two or three episodes and a notice to wrap things up. Not being an industry insider, I am not sure if it would be wiser to air these final episodes or to only release them on DVD as part of the box set – holding them ransom in a way. Either way, it would make the series as a whole an easier sell

It seems to me that all parties concerned – viewers, studios, creators – would end up happier if a fairly standard clause in contracts for a television series would be that the moment a series is officially cancelled, a budget is cleared to produce two or three additional episodes under the explicit mandate that these should be used to leave the viewer with that sense of closure, the warm, fuzzy feeling of not having been screwed over by yet another serial of which the last chapter will never be told. It would leave people feeling better about the series that was cancelled and create good will towards the studio that cared enough to not leave them hanging. It would also, crucially, make viewers more likely to recommend the completed series to others, making for higher long-term profits.

I am curious to hear what other people think about this and if I am perhaps misinformed about the inner workings of television. Would this work? As a fan of big story arcs that you can invest in for a deeper emotional pay-off, I dó want to keep loving serials. But the television industry is making it hard to do that and I have been tricked too often. Don’t make me watch reality tv. Please don’t.