I Am Not Myself These Days by Josh Kilmer-Purcell taught me a few things about myself: I would make a lousy drunk and an even lousier drag queen. The irregular hours and lack of sleep would totally derail my tight schedule and the black-outs would also put me off: waking up not knowing where I was, with possibly a naked stranger next to me. Plus, I doubt I would be any good at walking in high heels.

Josh’s book is a memoir of sorts – but the names, descriptions and some of the events have been changed to protect the not necessarily innocent. The book describes a highly problematic though at times oddly sweet romance he lived through – barely – with a male prostitute.
At night Josh glammed up New York’s club scene in outrageous outfits as AquaDisiac, whose trademark was a set of see-through breasts in which live goldfish swam. Aqua/Josh consumed a fair amount of alcohol on these nights, waking up trashed and confused, only to have to stumble to a day job at an ad agency. Quite how Josh managed to get through the days while seriously sleep-deprived and drunk or hung over baffles me. As a control freak, I almost experienced anxiety attacks just reading about his constant state of restlessness and inebriation. The process of becoming Aqua was tortuous, as was being in her fantastic outfits, the pain leading to more drinking to cope with it. Reading along, you wonder where the drive to do it was coming from. The motivation seemed to be: to prove that I can. 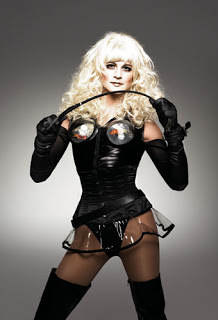 During a night out as Aqua, Josh ran into Jack, a male escort who shortly afterwards moved Josh into his fancy apartment. Jack was fascinated with Josh for being a fuck-up, and he did indeed seem very together himself by comparison, even though he led a strange life. A variety of mostly unattractive men paid him to realise their often bizarre s&m fantasies. Surprisingly perhaps, there was no actual sex during most of these meetings, but still this ‘job’ was illegal and off the books. Because of that, a big pile of money had to be simply hidden away in a closet: Jack couldn’t officially exist. He was also booked occasionally for large parties – with multiple escorts – that could last for days. Some of these parties required him to take drugs, which was ultimately how he lost control and became self-destructive.

Before things took a bad turn, Jack was attentive and romantic to Josh and for a while the drunken drag queen and drugged male escort actually seemed to keep each other in a nice balance. But for Josh, coming home every day meant a possible surprise beyond the front door: there might be a pile of people having sex or a naked man tied up on the floor.
Josh describes these events with ironic detachment, the bizarre becoming oddly normal, sometimes even comforting. I love the style in which the book is written: no-nonsense, unapologetic, but self-aware and with a dry, sassy wit always at the ready. The book is a captivating glimpse into a life that seems to illustrate the Chinese curse ‘may you live in interesting times’. Especially if you are uptight like me, experiencing the life of a drunken drag queen is best done vicariously.

A podcast interview with Josh Kilmer-Purcell about this book can be found here.

One Response to "Book Review: I Am Not Myself These Days"