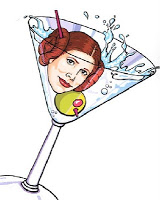 Carrie Fisher bares not-quite all in a funny memoir

Carrie Fisher’s life was always an autobiography waiting to happen. As the daughter of the eccentric Debbie Reynolds – of Singing in the Rain fame, among many other roles – and singer Eddie Fisher, she grew up in a Hollywood family under great public scrutiny. Carrie compares their level of public interest to the Brad Pitt & Angelina Jolie merger. Ms. Reynolds was soon dumped by Mr. Fisher for a certain Ms. Taylor, first name: Elisabeth. A merry dance of Hollywood relationships ensued, her parents making their romantic way among the famous and powerful.

Carrie meanwhile, landed a certain movie role that she would never live down, no matter how hard she still tries: that of Princess Leia in the original Star Wars trilogy. The silly ‘buns on the side’ hairstyle and golden bra from Return of the Jedi haunt her to this day. She embarked on an ill-fated relationship with Paul Simon and then on an equally doomed relationship with a Hollywood producer who left her for a man, but not before gifting her with a much adored daughter. During all of this, she battled with what was ultimately diagnosed as bipolar disorder, and accompanying drug and alcohol problems. Oh, and I see I forgot to mention that one of her best friends died at her home one night.

Considering the large amounts of interesting material at her disposal, it is surprising how relatively thin the autobiography is that has finally hit bookstores: Wishful Drinking. When you also take into account its large black and white photo’s and illustrations in combination with a large font size, it’s no wonder that you will be able to go through it in a couple of hours. There are plenty of quotable lines to keep you entertained, but the book stays frustratingly close to the surface, skipping over interesting topics while hinting at untold depths. She allows the readers into her life, but only so far. She is admirably open, however, about her bipolar disorder and addiction problems. In fact, the reason for writing the book is supposedly that she is going through voluntary shock treatment to handle her condition and wants to capture her memories while she still has them.

Wishful Drinking apparently ties in with her one-woman show of the same name and it seems a little more could have been done to convert it into a ‘proper’ autobiography. There are jumps back and forth in chronology, certain events being referenced a couple of times in different chapters and some of the jokes are repeated. With references to Sarah Palin and the financial crisis, the book does feel fresh, but it gives the impression that it was rushed to the printer without a good final polish. Her writing is less tight than in her previous works, the most famous one being the semi-autobiographical novel Postcards from the Edge. Often Wishful Drinking reads like a speech that has been transcribed: too much spoken language and not quite literary. Still, for anybody curious about Princess Leia in the real world – or Hollywood in any case – it is good for an entertaining couple of hours, even if you don’t learn much about the behind-the-scenes at the Star Wars movies. But I did come away from reading this book with the knowledge that according to George Lucas, there are no bras in space. Which is important to know.