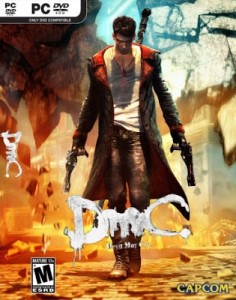 First-off, let me confess that I am a ‘noob’ when it comes to ‘hack and slash’ action games. Before DMC, I never finished one, having dabbled with the amazingly camp Bayonetta, but getting side-tracked by something shiny. I haven’t played a Devil May Cry game before. (This go-around, it has been abbreviated to DMC, because who has the time, right?) Prior Devil May Cry franchise experience is apparently strongly related to someone’s enjoyment of this new DMC. You see, it is a reboot of the beloved franchise, which has a somewhat rabid following. This is always a dangerous proposition. If you stick too close to the original, people will wonder why you bothered with a reboot, but if you change something that fans cherished in the original, there will be hell to pay. Apparently, fans found DMC to be dumbed down and they didn’t appreciate the fact that there were platforming sections. They also took offence at the redesign of the characters. 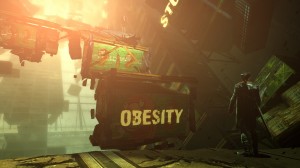 The set-up is as follows. You are a cocky guy who turns out to be half demon and half angel (Nephilim, for short). Years ago, when the demon in charge of the underworld discovered that your dad was going all West Side Story with a winged one, he personally killed your mom and then threw your father into the deepest pitt of Hell for eternal torture. Needless to say, this has left you carrying a bit of a grudge. You team up with your brother and a cute hacker girl who has occult powers, to put an end to this demon, who has stealthily taken over the world. To do this, you frequently have to travel between the human world and Limbo, which is a distorted version of the human world and is crawling with demons. 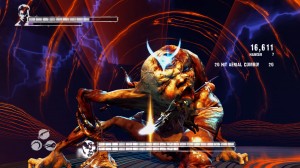 The game’s structure is fairly simple. You do some platforming and look for collectibles, while getting locked in frequently to fight varied waves of enemies before you are allowed to continue. Every once in a while, you face a Big Boss at the end of a level. While the arena fights that throw waves of enemies at you, are mostly about prioritizing and keeping from getting overwhelmed, the Boss fights are about focus, pattern recognition, finding weak spots and avoiding damage until you whittle them down. The enemies signal their moves to give you time to counter them, so most times if they get you, it feels fair. If a new enemy shows up, you will fight them solo at first, so you can figure out what works against them, before they start showing up combined with others. 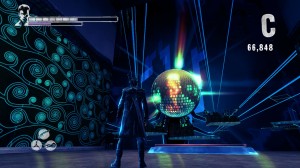 The original games were notorious for their difficulty, but this new DMC is very accessible. Sure, you can still amp up the challenge to the Nth degree and there are achievements for this, to show people what a bad-ass you are. But on Human (Easy) difficulty, even I could get through almost all of the fights with no more than one fail (if any). But just as important as getting through the fights is how you get through them. As you go, the game piles on options to take down your enemies, new weapons and new moves. During the fights and after every level, the game keeps track of fancy moves you pull off and praises (grades) you for them. Finding a cheap tactic and just putting it on repeat is discouraged. But then, that would be missing the point of the game entirely. At its best, DMC is an operatic ballet of violence, with you darting around, bouncing from one enemy to the next, and kicking their ass by stringing together a variety of attacks on the ground or while suspended in mid-air.

Despite the amount of options at your disposal, the controls are fairly intuitive. When I put the game aside for a month at some point, it was easy to get back into the swing of things when I picked up the controller again. Much used is a grappling hook that allows you to pull enemies towards you or – alternatively – to pull you towards them. Then there is a set of demonic powers, a set of angelic powers and a set of human powers. Each one offers more than one weapon which can be upgraded as you please. For instance, if you aren’t the most experienced player, you can put all your power into moves that are easy to pull off. Or you can invest in more complex and powerful ones, that require exact timing or more complex button presses. 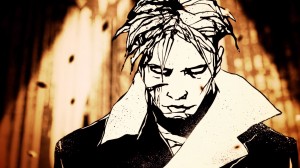 Vergil’s Downfall is a piece of DLC that allows you to step into the shoes of Dante’s brother Vergil, who has his own set of powers. It takes place after the ending of the main game. The extra levels are nothing spectacular, recycling some of the environments and serves up more of the same enemy waves mostly. Vergil’s moves are fun to play around with for a while though. The final fight is about quantity more than quality. Other than in the main game, most of the storytelling takes place in animated stills, rather than in fully rendered cutscenes. It’s a stylish, but less involving approach.

Hack and slash will never be my favorite genre, but I really enjoyed DMC. Playing it on Easy difficulty (for the most part) allowed me to experiment and get creative, without having to replay lengthy battles over and over again. I like the overall look, feel and sound of the game. The level design is imaginative, my favorites being the upside-down world midway through, that serves as a demon prison and the Limbo world inspired by a nightclub. Unreal realms where you navigate between pieces of parcours that are idly floating around are nothing new (seen most recently in Dishonored, for instance) but DMC does it well. I’m not sure if I will ever have the time and patience to return to DMC so I can perfect the more tricky moves. But even when just passing through, DMC satisfies. 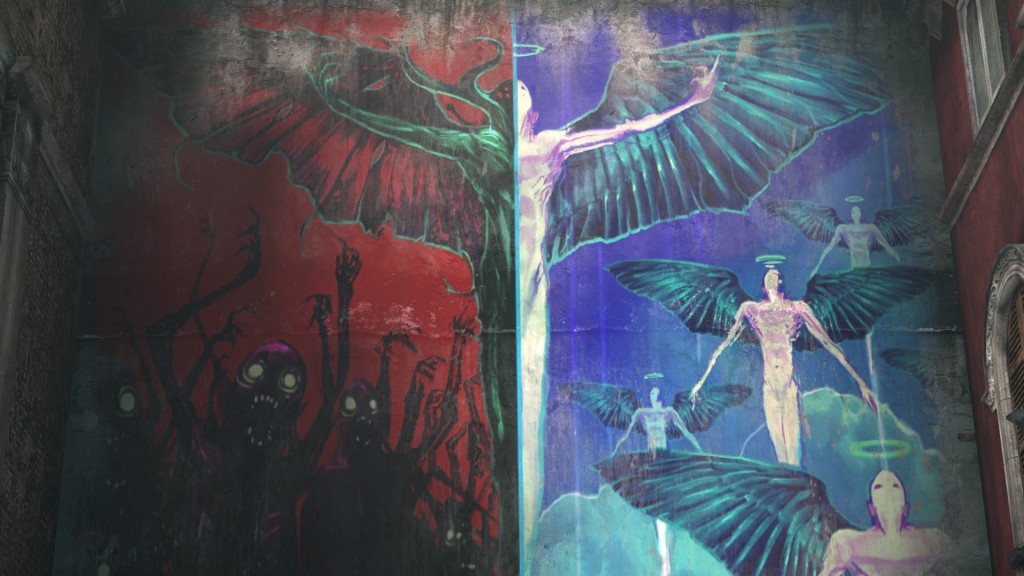