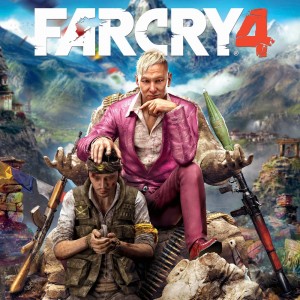 The main life lesson to be learnt from Far Cry 4 is that people suck and that most of them want you – and each other – dead. A lot of the wildlife joins in on this overall murderous approach to life. You’ll learn to become heartless and ignore frequent pleas for help as you move around the game’s open world map. There is so much to do, that if you let yourself be distracted by all the heroic side-stuff the game keeps throwing your way, you would never get anything finished. So instead you end up with a ‘live and let die’ mentality, only helping out when it advances the main story, when you’ve stumbled into the middle of a fight or when it offers you a clear personal gain. 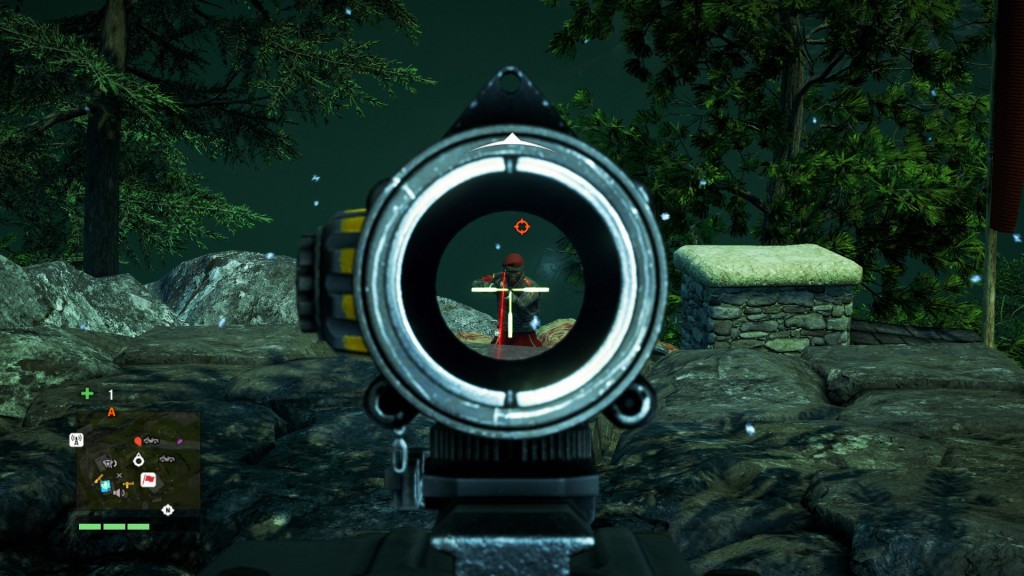 Like most open world games – Shadow of Mordor, Assassin’s Creed, Watch Dogs and the Grand Theft Auto franchise, for instance – Far Cry 4 is hell for completionists. There is just too much useless stuff to collect and repetitive activities litter the map. I completed the main missions and the main open world objectives in about 35 hours and the game tells me I am at roughly 35% completion. Stop the madness, I need to be able to pretend I have a life! 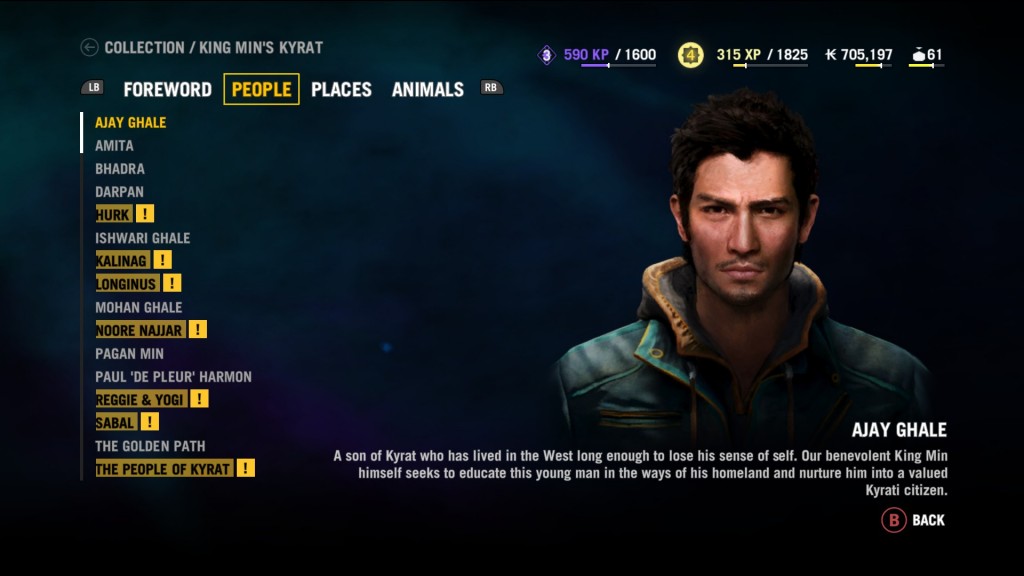 Your alter-ego is a bit more sympathetic this time than in Far Cry 3. Rather than being a spoiled brat who has to rescue obnoxious friends, you’re now revisiting your motherland – the ficticious country of Kyrat, located among the Himalayan mountains – to put your mother’s ashes to rest. You get drawn into a local uprising and will be picking a side between two highly annoying resistance leaders, who are fighting against a charmingly Evil despot, self-appointed king Pagan Min. The fact that the leaders seem no better than the tyrant – one a religious fanatic, one a wannabe drugdealer – make the plot morally murky. It makes the story more interesting, but lessens your feeling of involvement. No matter who ends up in charge, the country loses. Thankfully you can sort of put yourself in charge by misbehaving after the credits, but there are no cutscenes involved, so this feels more like an unofficial afterthought. Hilariously, there is a cheeky shortcut at the beginning of the game which allows you to bypass all the bloodshed and make your way to the credits in a total of about 15 minutes. This ending may actually be the best one. 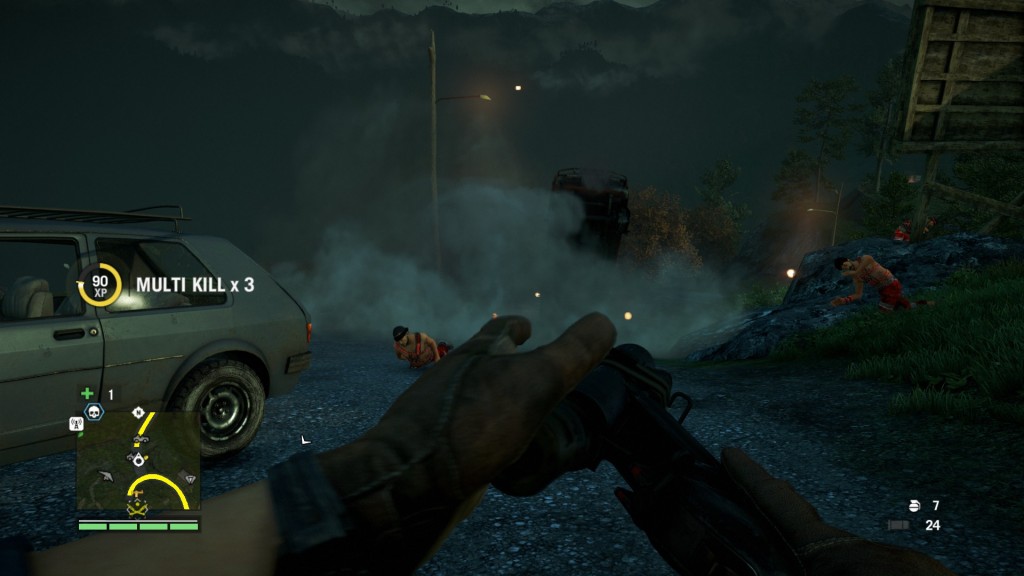 There is character progression in theory, as you go from a simple resistance fighter to a walking arsenal and skilled hunter, poacher and mass murderer. The game sardonically comments on this by the time the end arrives. But most of the gameplay is too goofy to let the story have any real emotional impact. The locals and comrades in arms whose freedom and future you are fighting for seem a bit too suicidal and dense to care about. They die easily and unmourned. If one of their own was just killed right next to them in a fight, they won’t emote and will just thank you for your help, even if it was you who accidentally shot their buddy. Oops. The amount of stuff you drag around also breaks reality, even assuming a massive backpack with pouches up the wazoo. Somehow, on top of all your instruments of gleeful death, you also manage to carry you mom’s sizeable urn everywhere. And you may come across other random oddness, like an eagle comically trying to lift a goat off the ground to drop it to its death. And succeeding. Apparently this is actually a thing. 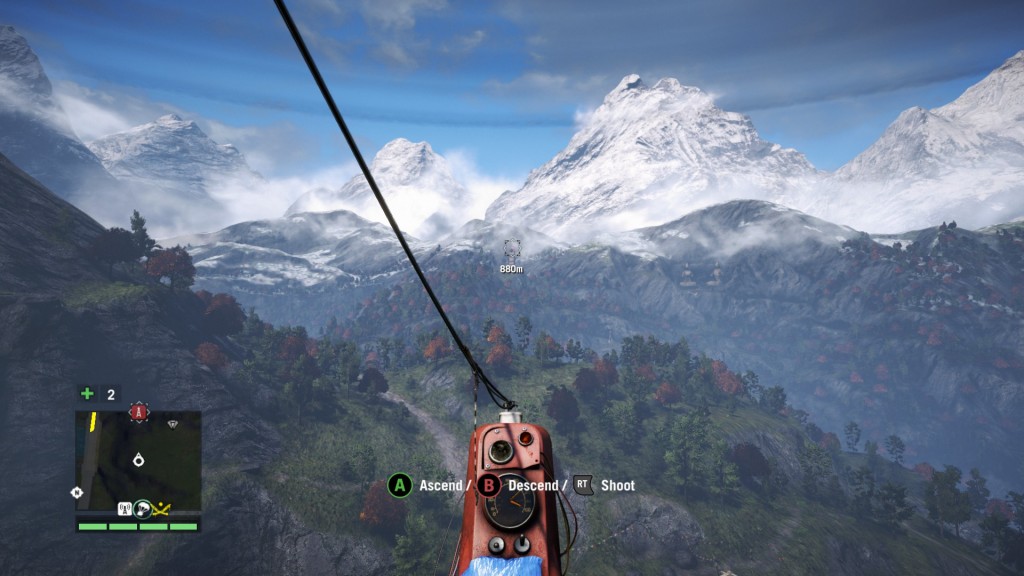 The main story missions are pretty good, even if they resemble those from Far Cry 3 too much. Actually, the entire game resembles its predecessor pretty closely. There is a new story, there are some new options and the graphics look prettier, but the overall feel of the game is close to identical. It takes things in a more vertical direction by adding a grappling hook, a wingsuit and a mini-helicopter or ‘buzzer’. These make traversing the map faster, though you will still be moving around by ground a lot, as missions don’t always take place next to a fast-travel point or in the vicinity of buzzers. Also new is an autodrive function which will make your vehicle stick to the road while heading to a designated location, allowing you the freedom to more easily blow stuff up along the way. Like most things in this game, the autodrive can be fairly ruthless, slamming into objects and people when given half the chance. Imported from Far Cry 3: Blood Dragon is the ability to lure aggressive animals to your enemies with bait. And if that seems too boring, you can now ride an elephant into an enemy base to fling the adversaries aside with its trunk. 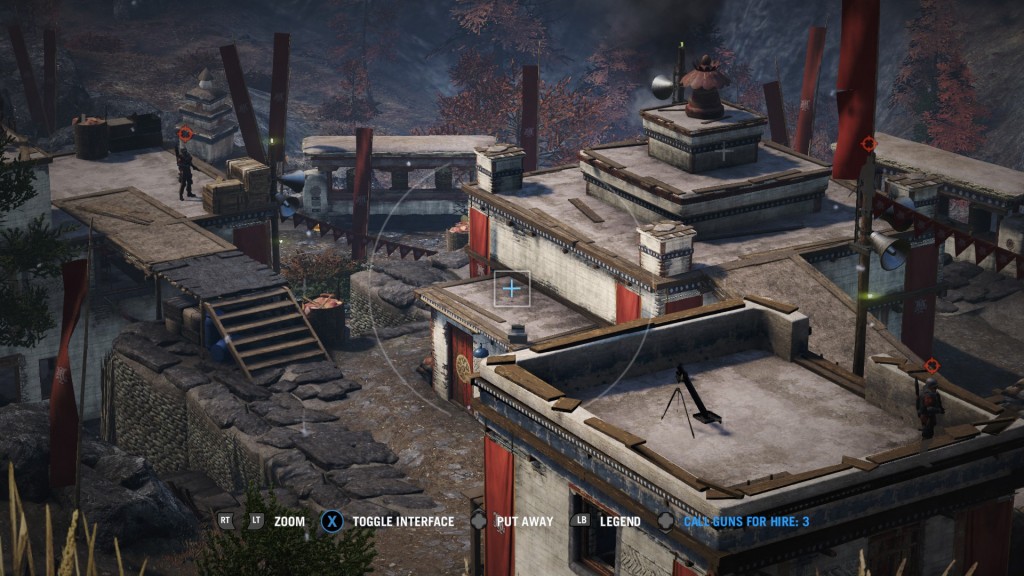 The two most interesting side-activities from Far Cry 3 are back. Climbing radio-towers to reveal the surrounding area on the game’s map is as satifying as ever. And climbing them all gains you a reward – a gun so powerful it almost breaks the game. Liberating enemy bases is also still a lot of fun, allowing you to pick your own approach and giving you a lot of options. Stealth is rewarded but can be hard to pull off. You may happily sniping away from a hill when you randomly get pounced on by a group of wild dogs, mauled by a tiger or clawed at by an eagle. At that point you may want to run right into the base, drawing the predators with you and gambling on what happens in the chaos that ensues. If you are unhappy with your performance despite having liberated a base, you can now ‘reset’ it and try again in a more elegant way. 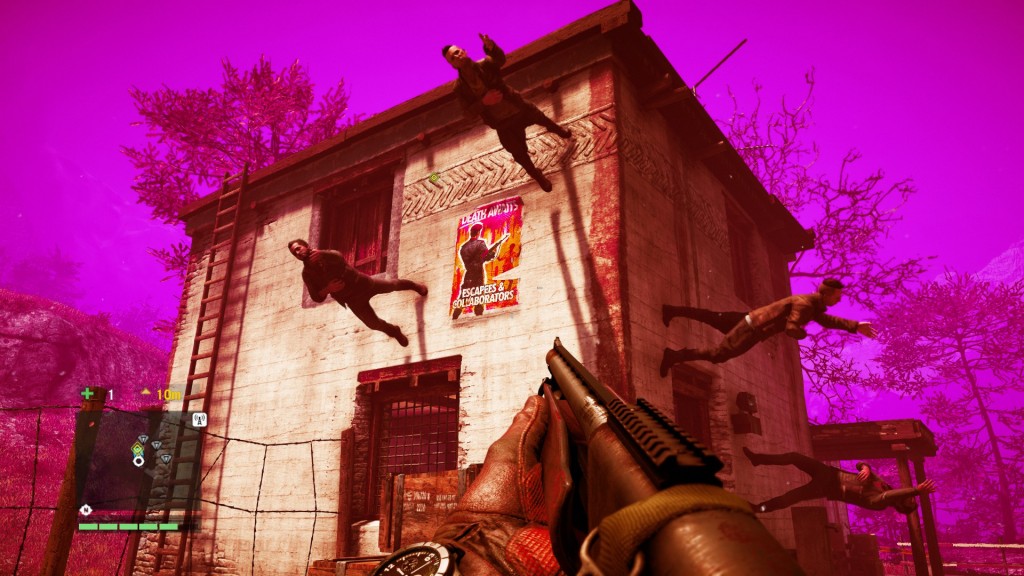 While a lot of the optional activities feel like padding, I can recommend the scripted side-missions. There is a religious gunwrangler who is supposedly seeking redemption and needs you to steal diamonds. There is a druggy duo who keep sneakily injecting you and getting you high, leading to psychedelic wandering around a landscape that keeps changing colour while trippy Indian music plays. There are also missions that take place in the mythical world of ‘Shangri-La’ These missions take a page out of the book of Far Cry 3: Blood Dragon and re-use the main game’s assets while redressing them and tweaking the gameplay. They lean heavily on stealth – at least at first – as you fight demons with a ghostly tiger by your side. The levels looks beautiful and are very atmospheric. The only shame is that the final Shangri-La mission drops a boss battle on you of the kind I hate; fight a big bad guy for a few rounds while smaller enemies swarm you.

If you played Far Cry 3 and loved it, this game gives you more of the same. If you never played Far Cry 3, you may want to skip that game and jump straight into this one instead. What does seem clear is that the formula needs to be significantly changed next time to keep things from going stale. Open world games in general feel like they are following a predictable formula these days. They tend to feature a weak main story, useless collectibles for the hell of it and a lot of repetitive padding. They can be fun and addictive but leave you feeling vaguely disappointed. Time to shake things up. 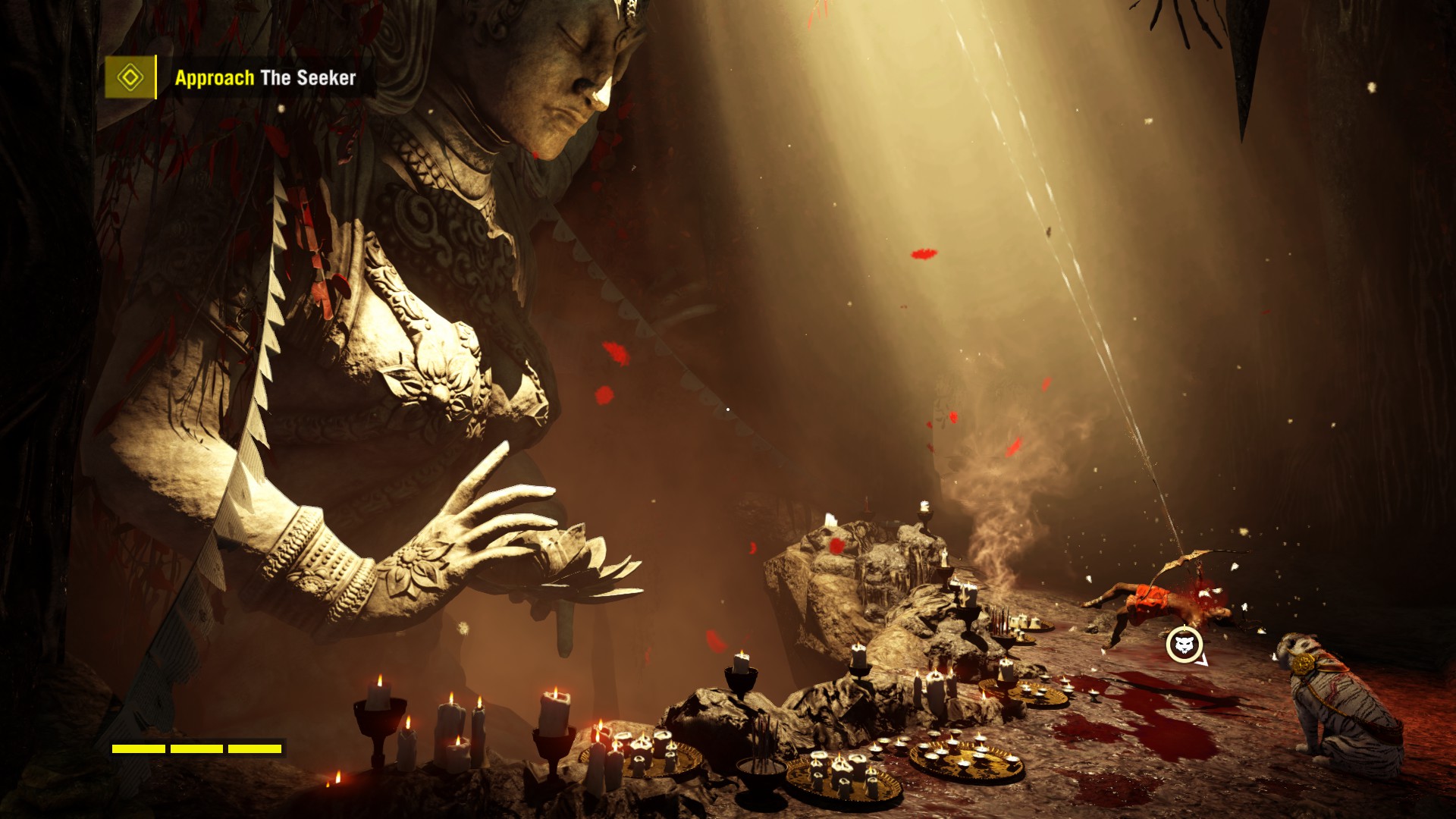