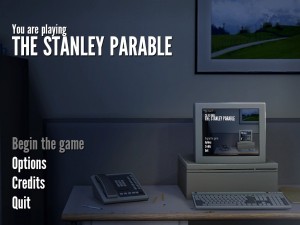 Filter Kafka through the sensibilities of Douglas Adams and you might end up with something like The Stanley Parable. It is not so much a game as a bewildering tree of short stories to explore, all featuring the same main character and all circling the themes of free will and purpose, while lampooning videogame mechanics. Button presser Stanley finds himself in an office devoid of colleagues and sets out to explore what is going on. As he roams the halls, a sardonic narrator points out what Stanley is doing and – crucially – what he is about to do. (Also see: Stranger Than Fiction.) But you are free to go against his prompts and the game even expects you to do so, as otherwise it would be a really, really short experience. You can’t really do much except occasionally press some buttons and open a door. Most of the joy comes from exasperating the narrator (Kevan Brighting), who sounds a lot like he is channeling Peter Jones, the voice of The Guide from The Hitchhiker’s Guide to the Galaxy. It is the funniest, best-written narration since GLaDOS from Portal, voice-acted to perfection. One of the highlights of the game actually had me just hang around in a pointless broom closet while the voice scolded me. 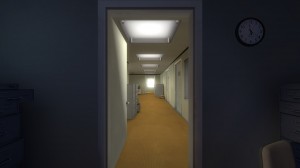 There are various endings, but these aren’t endings at all in most cases, and you will inevitably end up circling back to the beginning. It’s never clear when you’re done, as it’s always possible you missed a branch of story somewhere, something the game itself also points out. The game is very ‘meta’ and will poke fun at what you’re doing – or not doing – and the expectations you may have of a game. A sinister countdown that pokes fun at your helplessness is probably the best example of this. (But are you really helpless?) And there is an ‘achievement’ that will have completists grit their teeth, which is to not play the game for five years. So I’ve got something to look forward to in 2018. There is also an achievement simply called ‘Unachievable’. But is it? Be prepared to cheat a little, by way of a walkthrough, when you feel like you have seen all there is to see. There are a few Easter eggs you are likely to miss unless you spend ages bumping around every corner of the office until desperation sets in. 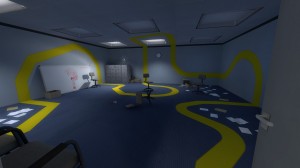 The only downside to The Stanley Parable is unavoidable repetition, as you will have to run through the same spaces a lot to get to the diverging branch you want to explore. Though occasionally there will be a small change – a new voicemail to listen to, a new comment by the voiceover – parts get too samey. Movement is fast, thankfully, but when rushing from one place to the next, the voiceover gets cut off awkwardly at points, when you trigger a new one before the old one is done.

All in all, The Stanley Parable is a unique experience and one that should not be missed. When you look into this game, this game also looks into you. I look forward to revisiting it again, in time, when I’ve forgotten most of the narration. But not until five years have passed, of course, as I really want that achievement. 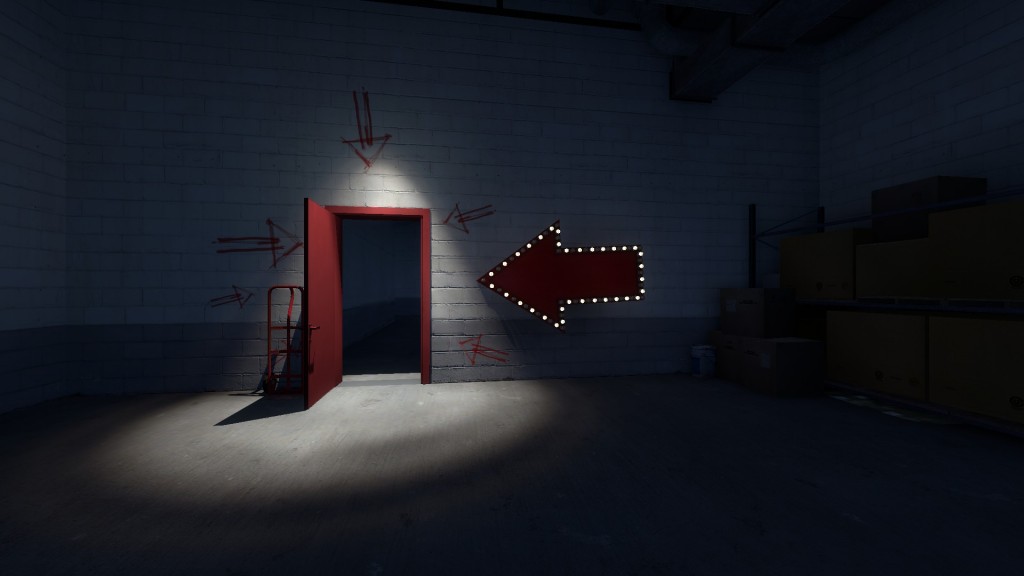