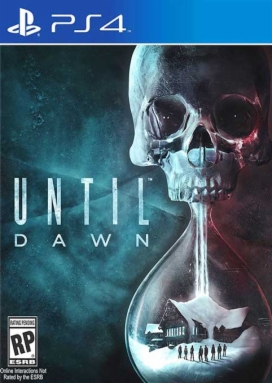 Until Dawn is an interactive horror movie that features a pleasing amount of cliché’s and an entertainingly convoluted mystery. You as the player are tasked with navigating eight foolhardy teens through a night filled with peril at an isolated cabin on a snowy mountain. Any number of them can be dead by the time the credits roll and there are achievements for having everyone survive and for getting everyone killed. The first one is – of course – a lot harder to achieve than the second.

The story is divided into ten chapters, each starting with a recap of what came before. It is consciously designed to make Until Dawn feel like a television series. The game looks very good, with motion capture performances by Hayden Panettiere (Heroes), Brett Dalton (Agents of S.H.I.E.L.D.) and Rami Malek (Mr. Robot) amongst others. There is a bit of the ‘uncanny valley’ effect at play here – the faces looking creepily not quite real. The soundtrack is great and will keep your heartrate up when playing with headphones on and the lights off. There are ominous rumblings, unsettling noises and a threatening score that crescendoes from time to time to warn you that something BAD is about to happen. Though sometimes it’s a bluff. You are constantly on edge, as you can never be quite sure the game won’t suddenly drop some action on you. This makes the game more enjoyable when played in a few separate chunks, which ties in nicely with the episodic structure. 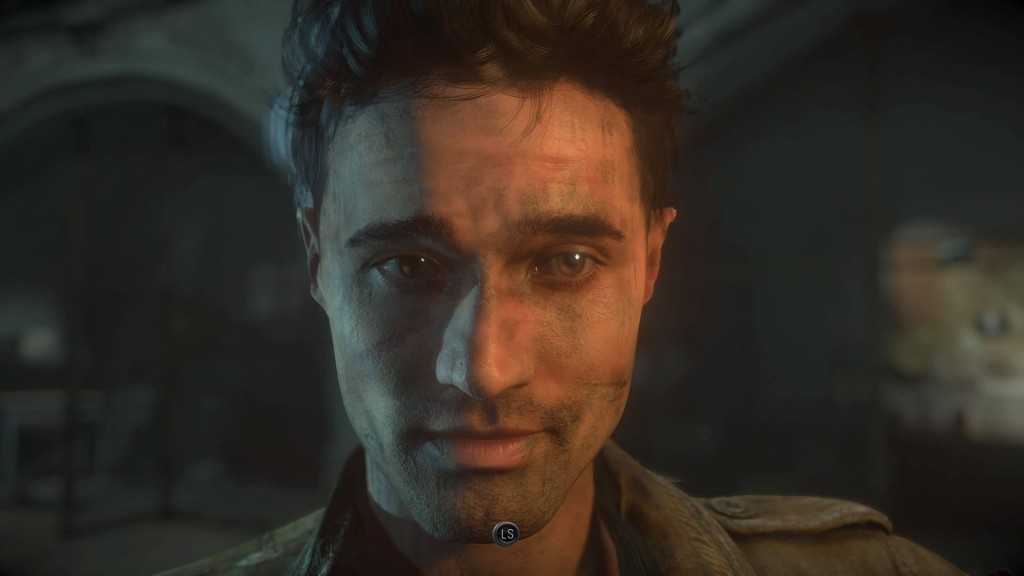 The acting is pretty good for this sort of thing. But the link between cutscenes and the parts where you move around can be a bit creaky. Characters may be completely freaked out during a scene, but when they are wandering around and exploring, they sometimes seem oddly laid-back and curious. Eight hours of teens going ‘ohmygod, ohymgod’ and screaming would have been hard to bear, but bemusement feels out of place here.

The game mechanics are fairly simple. You make dialogue choices that effect how much certain other characters (dis)like you, you choose to run or hide, have to nail a huge amount of QTE’s – timed button prompts – and sometimes you have to hold the controller perfectly still for a while. Oh, and occasionally you have to shoot things. There are items to collect that have an influence on the flow of the story – the more you find, the more information the characters will have to work out what is going on. You can also find little totems strewn about the world that show you glimpses of the future. Some show possible deaths, some warn of danger, some give a hint of what decision to make for the best outcome. In a weird break with reality, the characters never acknowledge finding the totems and don’t comment on the visions they show them. But realism is a fragile concept here in any case, given the amount of unlikelihoods dropped throughout the plot. The writers may want to look up the word ‘hypothermia’ as a few of the teenagers would have died of that by the end of the game. 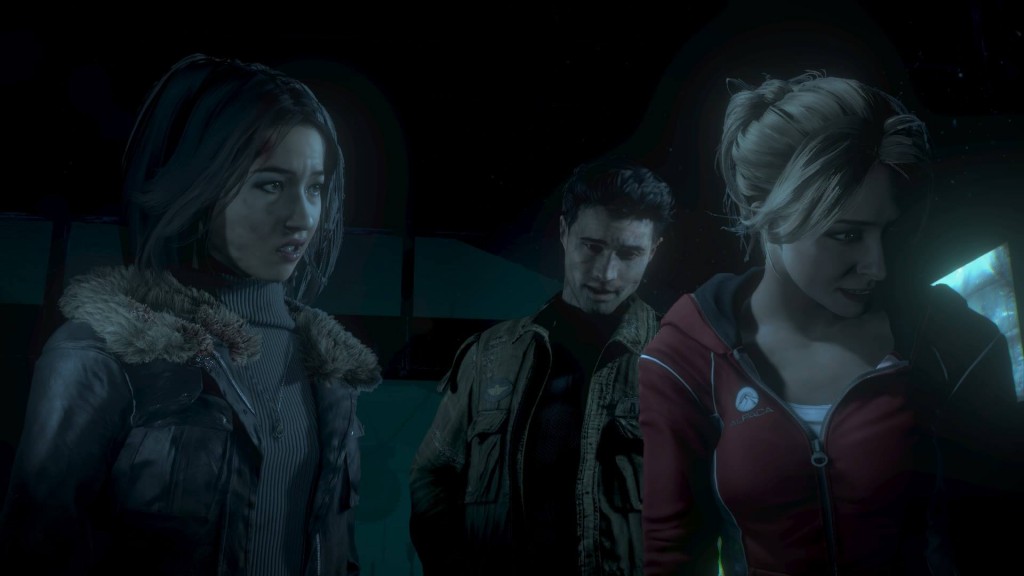 You feel invested in the characters even though some of them are not very likeable by intention. Partially this is because you simply want to ‘beat’ the traps set for you and partly because even an annoying alter-ego still has your ego attached. And the longer you keep someone alive, the more invested you are in keeping them that way. Just because you control the teenagers at times, does not mean they make smart decisions however. Everybody puts themselves in constant danger and not always for a good reason. I ended the game with the not too bad result of one death and another character losing some – uh – pieces.

Being a perfectionist, I was tempted to go back and avoid the one death to get the best result possible, but replayability is where Until Dawn stumbles. Initially the game is merciless – you have to finish an entire runthrough before you can go back and correct mistakes you made. This is very effective in creating tension as you know you will have to live with any failure for a long time. But there is no way of replaying the game later that isn’t a chore. 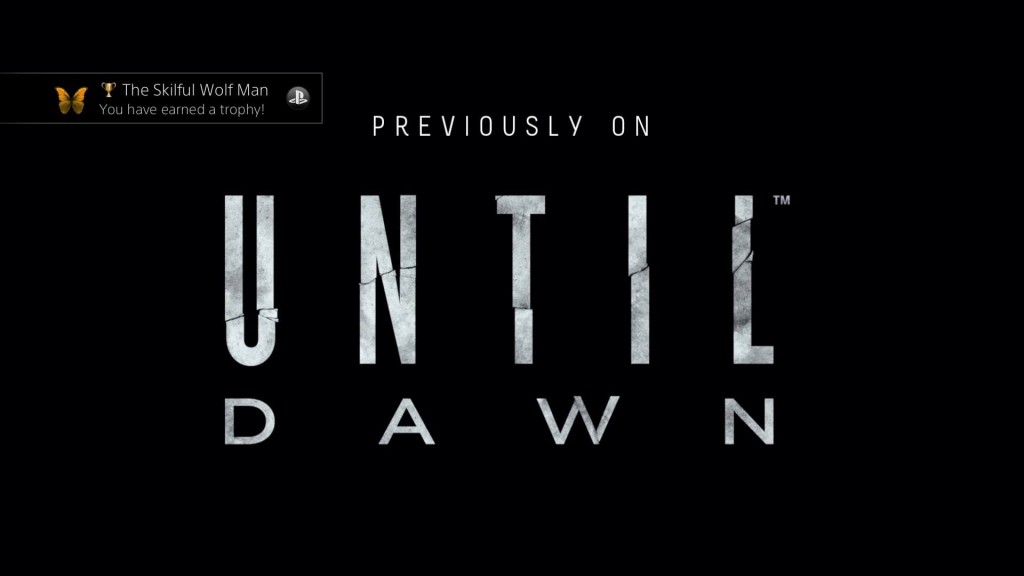 There is no option to speed through scenes to the decision points when playing again and characters usually don’t run when moving around, cautiously trudging instead. So a new playthrough will take the same amount of time as the first – circa 8 hours – and you will also have to go pick up the collectibles again as these influence story outcome. Instead, you can choose to not start a new game and instead jump into a chapter of your current playthrough. But once you have jumped in, you will have to play until the finish line again. You can’t jump into one chapter, make a tweak and then skip to the end. This makes sense considering ‘the butterfly effect’ that is made much of within the game. Something you do at one point may have an effect way down the line and jumping around would cause contradictions. But a ‘save anywhere, anytime’ feature unlocked after the first playthrough would have been helpful, to redo a fatal botched button prompt without having to replay hours of the game all over again. My one death occurred fairly early on, but the time investment needed to correct it means he/she will remain dead. Ah well, what’s a horror movie without deaths in any case… The best way to experience alternate outcomes is – unfortunately – Youtube videos posted by other players.

Even if there was a better way to replay, however, you could not match the tension of your first experience as you know in broad strokes what will happen. There are a lot of fake-outs where you will realize it doesn’t really matter if you fail, though on a few occasions there is instant death. It’s like skipping through a minefield where most of the mines are inactive, but you don’t know where the few active ones are.

Until Dawn had some fatal bugs upon release. I was fairly late to this game and had to download a patch so massive (10 GB) it seemed like the full game. My experience was bugfree apart from one odd little error at the end, where a character was marked as a survivor twice and another went unmentioned – even though he survived. 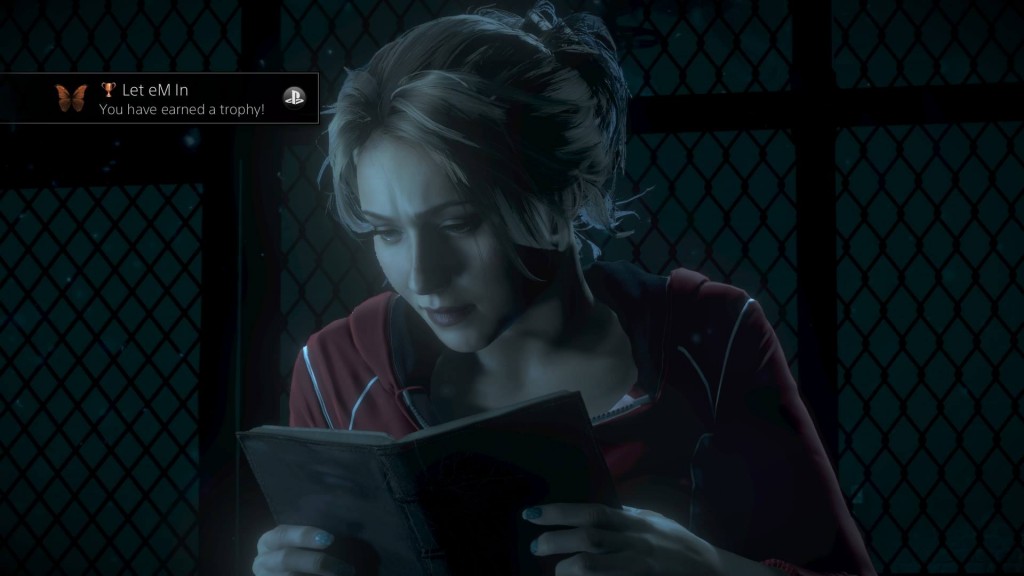 A sequel is unavoidable as Until Dawn sold a lot more copies than expected. And with a new setting and fresh characters I have no doubt a similar approach would work again. I for one suggest a group of marines in outer space stumbling onto something horrific. Sure, it’s been done before, but Until Dawn shows that cliché’s can still be effective when given a new spin.