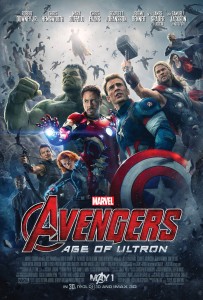 Joss Whedon’s career is one most nerds would envy. But it’s hard to envy him for having to make the logistical nightmare that is Avengers – Age of Ultron. The movie is part of an intricate web of Marvel movies and had to tie into previous flicks, while setting up future flicks and it could not ignore any of a multitude of characters. So it’s not surprising that the final product ends up feeling overstuffed and – taken on its own merits – is disappointing and a bit disjointed. It can’t clear the high bar set by the first Avengers movie.

Whedon’s strong suit is witty dialogue and character development. While there are scenes that give the viewer and the superheroes time to breathe in-between a lot of frenetic fighting, there is still an overall feel of attention deficit disorder. So many things are in need of a quick explanation that it becomes overwhelming and it disrupts the flow of the film. There are still things that don’t add up. For instance, there is a clear disconnect between where Tony Stark (Robert Downey Jr.) is at the finale of Iron Man 3 and where he is at the beginning of Age of Ultron. And where some of the heroes end up by the end of the movie feels forced, not like organic character development, but like a calculated move to service the big picture for Marvel. 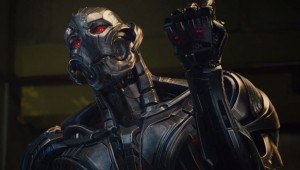 With so many good guys needing screen time, it doesn’t help that the bad guy is an army unto himself. As waves upon waves of oddly fragile robots spill across the screen, the action starts to feel cluttered. You’ll have to do repeated viewings to really catch everything that is going on simultaneously during the fight scenes. And while it’s commendable that in the final act, the Avengers prioritize protecting innocent bystanders, you can’t help but think that the no doubt still sizeable death toll of this fight and an earlier fight rest squarely on their heads. They did – after all – inadvertently create their own nemesis. However, considering that two upcoming Marvel movies will tell the Civil War storyline from the comics – about superhero registration and accountability – this may yet have repercussions. Is the movie entertaining enough to recommend? Definitely! There are good comedic beats and some great action sequences. But it doesn’t flow as well as some of the previous movies set in the ‘verse. It doesn’t crack the top three Marvels, which – in no particular order – I would say are: Guardians of the Galaxy, Captain America: The Winter Soldier and the first Avengers movie. From what I have heard, Whedon’s original cut was a lot longer. While the movie doesn’t feel short by any means, maybe the longer version would turn out to be a smoother ride. But to find that out, we’ll just have to hope that a Director’s Cut gets released one day on Blu-Ray.