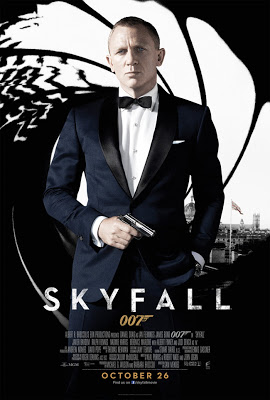 Convoluted plots and unlikely action sequences have always been a staple of the James Bond franchise. (As well as hot women, exotic locations, gadgets and shaken-not-stirred martini’s, before sponsoring by Heineken perverted the latter.) But since Daniel Craig has taken on the Walter PPK of 007, the movies have tried to head into a grittier, relatively more believable direction. Skyfall, more than previous installments, puts the emphasis on characters and is unusually introspective. Respectful nods are made to Bond movies past and both Bond and his boss ‘M’ (Judi Dench) are reflecting on a career that is closer to the end than the beginning. As the story progresses, the scale of it seems to be shrinking and getting more personal, rather than growing bigger and being of import to the world at large. Unfortunately, as with The Dark Knight Rises, the realism makes the somewhat more ridiculous parts stand out in uncomfortable contrast.

For starters: what’s the deal with Evil Masterminds? Why do they feel the need to set up complicated webs of intrigue and precarious plans, full of unpredictable factors, when their end goal could obviously be reached in a much easier way? Because then there would be no movie, that’s why. Both MI6 and their adversary show some true foresight at points in the movie, while having strange blind spots at others. There were a few instances in which a car was at the ready to pick up someone at just the right place and time, despite these people just exiting a chaotic, unforeseen situation. And the way a mode of public transport is used effectively for a quick, spectacular escape at one point seems to give up completely on probability, sacrificing it on the altar of coolness (and, admittedly, it does look cool). There is an IT component to the plot and, as usually happens in movies, the sequences which attempt to make hacking look visually exciting seem to have no bearing on reality either. And dear screenwriters: our hero gets taken into an Evil lair, but no one thinks to give him a thorough body search? That signifies either sloppy henchmen or sloppy writing. (Who in their right mind would pass on a chance to give Daniel Craig a body search?) 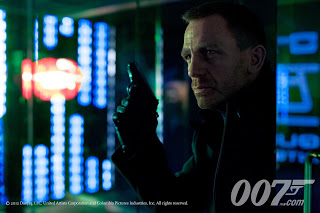 While I do like Craig’s gritty Bond and the self-awareness about getting older and possibly having peaked already, I don’t like some of the characterization he’s been handed. Without getting too specific, there is more than one occasion in the film when Bond seems all set to act the hero, but only springs into action a moment or two after it’s too late. Maybe this was done to humanize him and make him feel more fallible, but it’s a jarring shift between this and his action hero mode. Also worrying, given the more realistic tone, is the disregard for collateral damage, be it of the material or innocent bystander variety. Must be a ‘greater good’ mentality.

The continuity between Bond movies remains somewhat baffling. It is understood that ‘M’ and ‘Q’ are codenames for a certain position within MI6 and that the title is passed on from one person to the next. Even Ms. Moneypenny could potentially be a code-name. But does the same count for the 007 moniker and the name James Bond? The numbers signify agents, but are we supposed to assume that the previous incarnations are all pushing up daisies? That doesn’t seem the case, as it’s made clear in Skyfall that James Bond is 007’s actual birth-name. (Weird that he would use his real name to introduce himself – “Bond. James Bond” – while on the job.) So then it seems that all James Bonds are indeed meant to be the same person, duplicating in slightly varying forms throughout the last 50 years, in what must be alternate realities. So there you go: it’s a scifi-franchise. 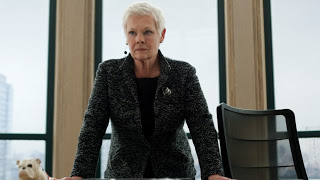 Is Skyfall the best Bond movie ever, as some people claim? No, I wouldn’t say so. But it is one of the most interesting ones, fleshing out the characters of Bond and M more than usual. It gives Judi Dench a lot of screen time, which is always a good thing. And it is notable for an unusual ending, that I unfortunately can’t get into without major spoilage. Despite a script containing plot holes that are hard to miss, as well as a generous helping of silliness, the movie is definitely worth seeing, for newbies and die-hards alike. The latter will likely get out of it the most out of it, though, being able to appreciate its cheeky winks to its heritage. I have it on good authority that James Bond will return.