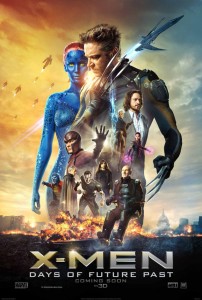 With X-Men – Days of Future Past, director Bryan Singer makes a welcome return to the mutant universe. He had helmed the first two films but jumped ship on the third one, directing the morose Superman Returns instead. Brett Ratner took the helm for X-Men: Last Stand and almost sank the franchise with a rambling mess of a movie, which badly flubbed the classic Dark Phoenix storyline from the comics. Trying to salvage the franchise, the next movie (X-Men: First Class) jumped back in time to tell an origin story, with not too much regard for continuity with the trilogy it followed. X-Men – DoFP forms a bridge between First Class and the trilogy by way of time travel, and is based on another iconic story from the comics. In the movie version, Wolverine’s consciousness is sent back into the past, into his younger body, to prevent an assassination that will lead to an all-out, devastating war between humans and mutants. To effect this, he will have to convince Xavier and Magneto to make nice with each other. 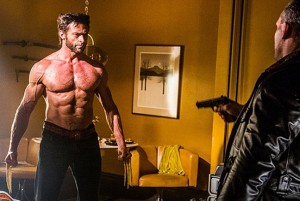 X-Men – DoFP again plays fast and loose with continuity, ignoring most of what happened in The Last Stand, but oddly not all. If you saw the scene from the end credits of The Wolverine, or simply saw the trailers for X-Men – DoFP, you may have been wondering how how Magneto got his powers back and how Xavier is alive. Well, keep wondering, as the movie does not explain either of these things. Admittedly, The Last Stand hinted at both developments with its final shot and the end credits sequence respectively, but it feels like a pertinent part of the story was skipped. Not that I can see how it could have been squeezed into this outing, apart from just blurting out one or two lines of exposition. X-Men – DoFP is already longish and focused on other things. In any case, most people – myself included – will be happy that X-Men – DoFP clearly gives its blessing to people pretending that The Last Stand never happened, or was an alternate universe, or whatever. Messing around with time travel, has now given future X-Men films leeway to pick and choose with regards to continuity. Just show Wolverine raising an eyebrow and have him go ‘Hey, that’s not how it happened!’ and you’re in the clear. 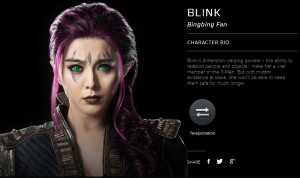 But aside from all that – is X-Men – DoFP any good? Yup, quite. I know it plays fast and loose with its comic book source material, but the cast is engaging, the action sequences are spectacular and the plot is a fine piece of hokum. There is a good balance between character moments and action, though the movie stuffs in a bunch of mutants who get cool fights, but are given no personality to speak of. If you’ve read the comics, you can project depth onto them, but they will be intriguing but flat if haven’t done your nerdy research. Most of the focus is on the cast from First Class, but there are some surprising cameos from the ‘original’ cast. 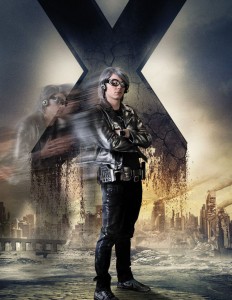 The most interesting ‘new’ character is Quicksilver (Evan Peters) a kleptomaniac speedster. Those in the know, know he is – in fact – Magneto’s son, but though the movie drops a cheeky line of dialogue hinting at this, that’s all you’ll hear about it. People were all ready to hate this incarnation of the character when pictures surfaced with him in an awful, silvery costume. And it is indeed a horrible costume, but one that is only on-screen for a very short amount of time. There is a scene in which Quicksilver takes out a room full of guards – seen from his superfast perspective – that will make you want to cheer, and Peters makes him charming and cocky. It’s a shame he doesn’t hang around for longer. The next Avengers movie (Age of Ultron, due 2015) will also feature a version of this character, as Quicksilver – confusingly – is both part of the mutant universe (movie rights held by Fox) and the Avengers universe (movie rights held by Marvel, but any mention of mutants is iffy). Another blow to continuity, but *shrug*.

Despite having a good time with the movie, I was scratching my head at the grand finale. Though changes were made to the original timeline, it seems that what happened instead wouldn’t exactly have made things better for mutants in the long run. Except that it apparently did. And who am I to argue with the vagueries of cause and effect? As long as I can purge The Last Stand from my mind completely, it’s all good. 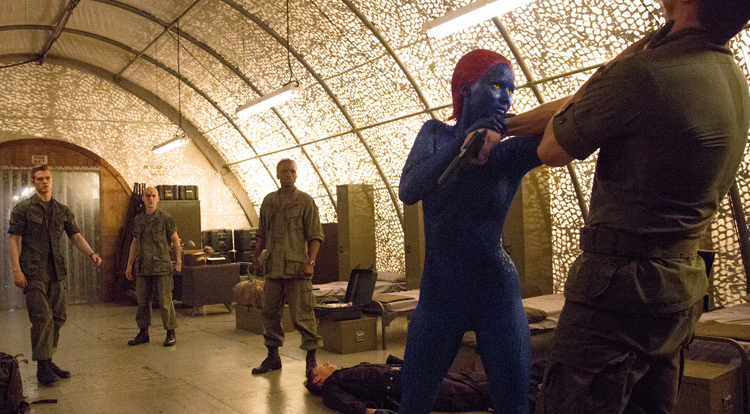