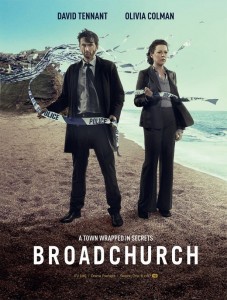 I don’t really watch crime series anymore, barring the occasional British exception (Luther, Sherlock) and one or two US series I already ‘committed’ to, seasons ago (Castle and Bones). Crime series, especially ones from the US, tend to be formulaic pacifiers. Weekly rituals in which the chaos in the world is tamed, Evil is punished and justice almost always prevails. There’s a routine plot with some generic suspects to be discounted before the real perpetrator is revealed. The investigators likely have some personal issues, but nothing that should leave a new viewer too confused if they miss an episode or two. It’s all shallow and predictable, often sidestepping the real, complex and lasting emotions a murder would cause.

Broadchurch takes a different approach, focusing for the majority of its total of eight episodes on emotional fallout. It shows the shockwave that follows a crime, the murder of a young boy, as it tears through a small, English seaside community. A bickering team of detectives lead the investigation. One of them (played by David Tennant) is bitter, new to the town, his reputation in tatters after a case gone sour. The other one (Olivia Colman) is a local, angry at the outsider who has just taken her job and initially incapable of seeing the bad in the people she’s around every day. Egged on by her new boss, she starts to dig beneath the familiar surface, and the viewer joins her on the journey.

The pace is slow but steady, a pervading sense of loss undercut by the fact that there’s a threat that has not yet been dealt with. A killer still walks among them, maybe more than one. The moody soundtrack, the carefully crafted cinematography, the atmospheric locale and the subtle, believable performances drag you in. The script does a good job of making you paranoid, providing suspicion for nearly everyone. If they couldn’t have committed the murder, they may have caused it to happen, intentional or not. 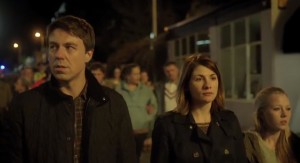 With crime fiction, I can’t help but play the game ‘What is the scriptwriter up to?’ as I watch. How are my suspicions being manipulated by what I am being shown or not shown, told or not told? Unlike real life, where the most likely suspect generally did it, in the fictional world, you can often discount them for being too obvious. Unless they get crossed off the list early on, only to make a come-back in the final reel. It’s possible that the writer will slip the killer into the story sneakily, shuffled in with the supporting cast. It could be the person you would least suspect, the least likely, albeit at the risk of straining credulity. For instance, I once read a crime novel where the first pages were written from the perspective of someone who found a murder victim. This worked perfectly to make the reader not see this person as a suspect. Foolishly, it turned out, as she was indeed the killer. Reading the first pages again after I finished the book, it wasn’t even a cheat. It was just written so perfectly ambiguous that the ambiguity was hard to spot.

As the viewer, you should feel satisfied when the big reveal comes. There should be hints throughout, you should be able to look back and go ‘Ah, of course’! Broadchurch scatters hints all over the place, some being just a look or body language, open to interpretation, and there are plenty of misdirects, so you are likely to overlook some valid clues. Mind you, doing a little research afterwards, I read that the actors didn’t know whether or not they were the killer(s) until late in the game. So they couldn’t really act the part, or give themselves away by over-acting. I am not sure what kind of instructions they received, though. ‘Hey everybody, look slightly suspicious, no matter what you are doing.’ But then, I think that one of the points of the series is that anyone looks suspicious when suspicion is pointed their way. Even if they are acting perfectly normal. Though acting perfectly normal is also what someone would attempt to do if they had something to hide.

If figured out who did it midway through the penultimate episode. I had already been leaning in the right direction for a while, when a scene came along that was just a bit too obvious about planting retroactive irony. But then, there are no doubt people who will jump to the right conclusion earlier and some who will be blindsided by how it all pans out.

Confusingly, the end credits state that there will be a second season. It doesn’t seem that one is needed, really. The story has been told and closure has been provided. As at least one person from the first season has been signed to return, there will be a connection to this first outing. I would have been happy for Broadchurch to be a very good one-off, but I guess I am curious enough to see where they go next. Meanwhile, a US remake of this first season is also in the works and they even snagged David Tennant to reprise his role as the lead investigator. It seems deeply silly to me that something as well-done as this needs a local reshoot because Americans apparently aren’t able to follow an accent, read subtitles and/or are not able to get into a story set in the UK. Rumor has it that the resolution to the murder may be different to shake things up. I won’t be watching the remix, quite satisfied with the original, and hope it won’t end up getting tainted by what comes next. 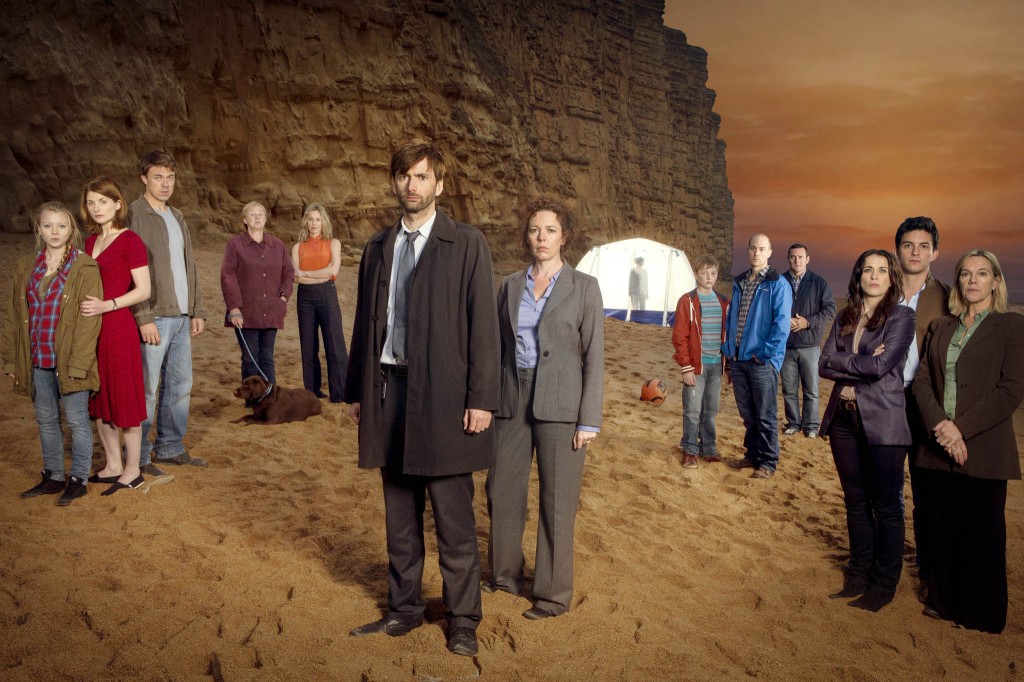