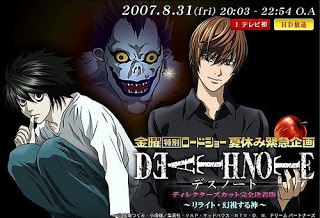 I have seen some great anime movies (Spirited Away, My Neighbor Totoro, Grave of the Fireflies, etc.) but anime series have never really appealed to me. There must have been some I watched as a kid, though none I can actually remember much about. As a grown-up, I think it was mostly stuff like Pokemon and Dragon Ball that made me steer clear of the genre. They seemed too dumb and meaningless for someone who’s past puberty. When I think of those series, I picture a lot of close-ups of distorted faces – disfigured by intense emotion or possibly constipation – with energetic lines around them, meant to convey fast motion while in slow motion. Dragon Ball in particular seems to use the ‘soap’ formula for telling its continuing story: it tells a very intense story at a frustratingly mellow pace. Interior monologue and hysterics get in the way of forward momentum; it’s like someone is trying to tell a story, but the brakes are on.

Out of curiosity and to test my own prejudice, I recently decided to try out an anime series. Thematically there are a lot of anime aimed at ‘mature’ audiences like me, featuring extreme violence and more gratuitous, kinky nudity of the female variety than a gay guy like me could possibly endure. But I was looking for something with a little depth to it, like most of the best anime movies have. Googling around, I found a series that was in the ‘top favorite’ list of a lot of anime fans: Death Note.

Death Note is about a very intelligent but morally misguided student (Light Yagami) who finds the Death Note of the title. This is a notebook in which demons known as Shinigami write down the names of people who are to die. Shinigami’s Western equal would be the figure of Death, minus a scythe, plus a notebook and with an odd fondness for apples. Because Light has found the Death Note, he automatically becomes the owner of it and the Shinigami gets tied to him. The Death Note is governed by all sorts of interesting – though somewhat random – rules for the series to play around with. (For a listing, look here.)

The basic rule is this: if you write down someone’s name in the notebook, he or she will die of a heart attack unless you specify a cause and time of death. Light ambitiously sets out to rid the world of Evil with it, offing criminals all over the place from the safety of his bedroom. He makes his intention known publically under the adopted identity ‘Kira’. His intent may seem noble, but pretty soon Light is corrupted by his own power and he starts to dream about having all of mankind cowering at his feet. His morals get trampled even more when he starts killing authorities who are on his trail.

Enter ‘L’. He is the leader of a special task force, formed to hunt down the enigmatic mass murderer Kira. Because L has figured out that Kira needs to see a face and know someone’s name to kill him, he stays hidden until he has put together a posse he can trust, among whom happens to be Light’s father, a police inspector. The plot thickens even further as a second Death Note pops up and a second killer starts imitating Light.

L is actually the most interesting character in the series in both looks and personality. He is lanky, barefoot, a bit awkward socially, has a weird way of sitting on a chair and is always eating something sweet. He can seem cold and uncaring, because reasoning and intellect rule over all else. The series is at its strongest in the beginning, when L and Kira are basically playing a lethal game of mental chess. Both are trying to outmaneuver each other, to get each other to make a fatal mistake and reveal himself.

The close-ups that annoyed me in anime do feature in Death Note and especially in the beginning it’s indeed the initially feared interior monologues that are driving the narrative, more than action. It actually works here though: the story doesn’t get boring, because the stakes are life and death and the cat and mouse game is very engrossing. Bu it does start to get obvious after a while that the chase is being stretched out too much. New factors are thrown in that distract from the basic set-up and dilute it. Some of the mini-arcs within the bigger arc are entertaining seen on their own, but disrupt the overall pacing.

About two thirds of the way into the series, there is a massive, daring twist. Unfortunately, it’s one that doesn’t pay off and one the series never fully recovers from. It loses momentum and for the last few episodes I found my attention wandering too much. I am not entirely sure if the plot became more convoluted towards the end, or if I just missed pieces of exposition here and there because I zoned out. The finale itself is satisfying even though the last part of the route there is a little logistically foggy and unbelievable. The ultimate fate of the main characters seems fitting, but doesn’t surprise, as there was a certain inevitability about it long beforehand. Without spoiling too much, the ending reveals the whole series to be a tragedy, so don’t expect people to end up skipping off into the sunset.

Even though Death Note lingers for too long and the series should have been cut by about ten episodes out of its 37 episode run, it would have been a tragedy squared if I’d missed out on the first two-thirds of the series. It works as pure entertainment, but there are also some interesting musings about morality and the finality of death. ‘Carpe diem’ seems to be what it boils down to: appreciate your life while it lasts. Give it a look, if only for proof that the pen can truly be mightier than the sword!